Runners and riders were out in force for the Dodson & Horrell PPORA Members Club Novice Riders Series qualifier hosted by the Cambridgeshire Hunt with Enfield Chace at Horseheath on Sunday 5 February 2017. This was the third of 12 qualifying races in the Series with a strong field of 17 riders taking part.

The winning jockey 19 year old Kate Gowing partnered the Ice 'N' Slice Partnership’s Roberto Pegasus (USA), an 11 year old bay gelding trained by Warwickshire based Tom Ellis, to a beautifully judged waiting ride. It has been a successful start to Roberto Pegasus’ pointing career which began with a second at the end of December at Cottenham and now a win. This was Kate’s third career success and it was the first to be witnessed by her parents, Nick and Jo, from Mulbarton, near Norwich. Nicolas Wright trained Susquehanna River (IRE) was just half a length behind Kate along with nine year old Bincombe (GB), another horse in his first season pointing, ridden by international showjumper Tim Gredley, who came in third place.

Kate and Roberto Pegasus have now qualified to go forward to the much coveted Dodson & Horrell PPORA Novice Riders Series final in May 2017, to be held at Garthorpe near Melton Mowbray in Leicestershire. The venue boasts a central location and Garthorpe has a sound reputation for producing good ground, even in a dry spring, and its watering system is a key factor in achieving that aim.

Gabrielle Barrett, Dodson & Horrell Equine Brand Manager commented, “We are now in the 30th year of sponsoring the Series and it gets more competitive each season. We are looking forward to more action in the weeks ahead with nine more qualifiers before the final.” 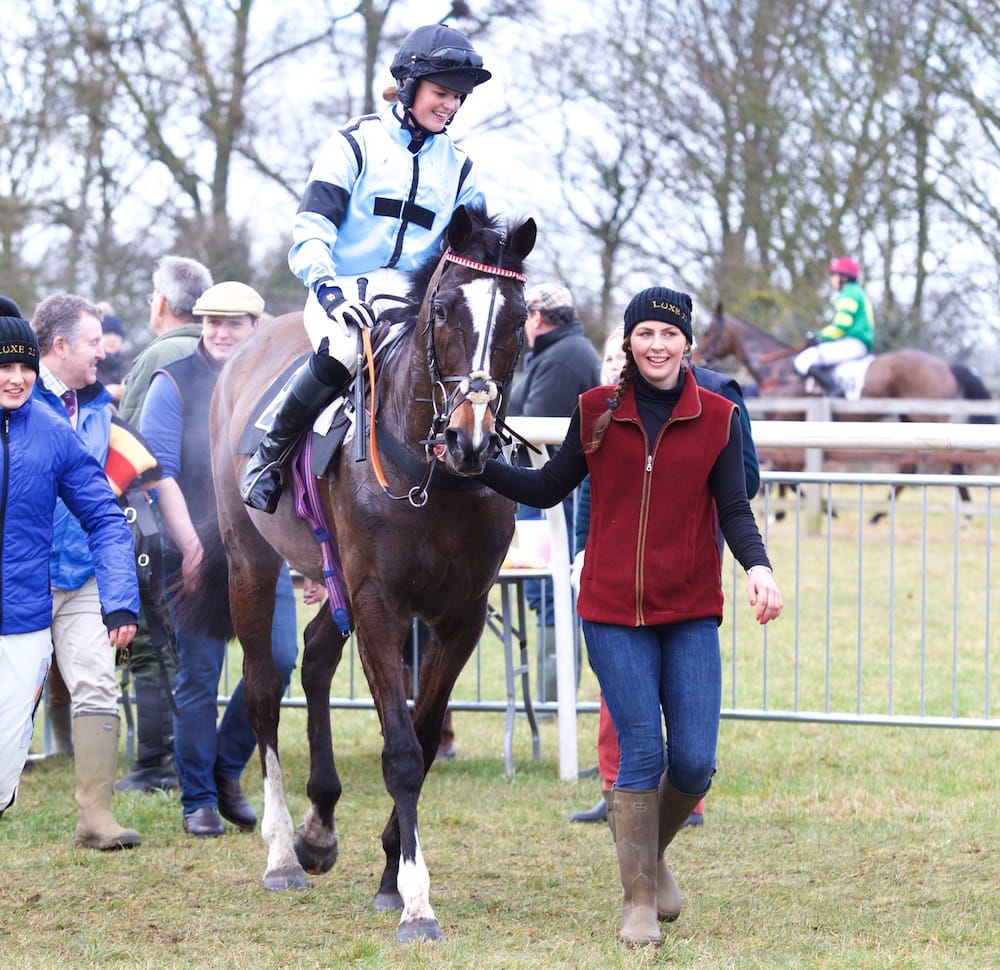