A good days racing was had at the Tiverton Foxhounds annual Point-to-Point on Sunday 24 January at Chipley Park, near Wellington, Somerset.

It was the second race in the series of 12 qualifiers for the prestigious Dodson & Horrell Point to Point Owners and Riders Association (PPORA) Club Members Novice Riders Series. All the recent rain meant the going was soft with heavy patches but this didn’t stop the runners and race goers from having a good day out.

The winner was 23 year old Alistair Harvey with his third ever win and his first this season. The winning horse was Kirkleigh, an 11 year old bay gelding owned by Mrs Sue Trump and trained locally by Robert Chanin. Kirkleigh led the race until three fences from home, however was beaten by one length by Premier Portrait (IRE) who was later disqualified after the jockey failed to weigh in, these two horses were 10 lengths clear of Books Review who was later awarded second.

These four now qualify for the much covetedDodson & Horrell PPORA Novice Riders Series final in May 2016, which for the first time is to be held at Garthorpe near Melton Mowbray in Leicestershire. The new venue boasts a central location and Garthorpe has a sound reputation for producing good ground, even in a dry spring and its watering system is a key factor in achieving that aim.

Chris Gordon, Dodson & Horrell’s Technical Director who also presented the prizes on Sunday commented “We are now in the 29th year of sponsoring the Series and it gets more competitive each season. We are looking forward to an exciting fixture list with 10 more qualifiers before the final.” 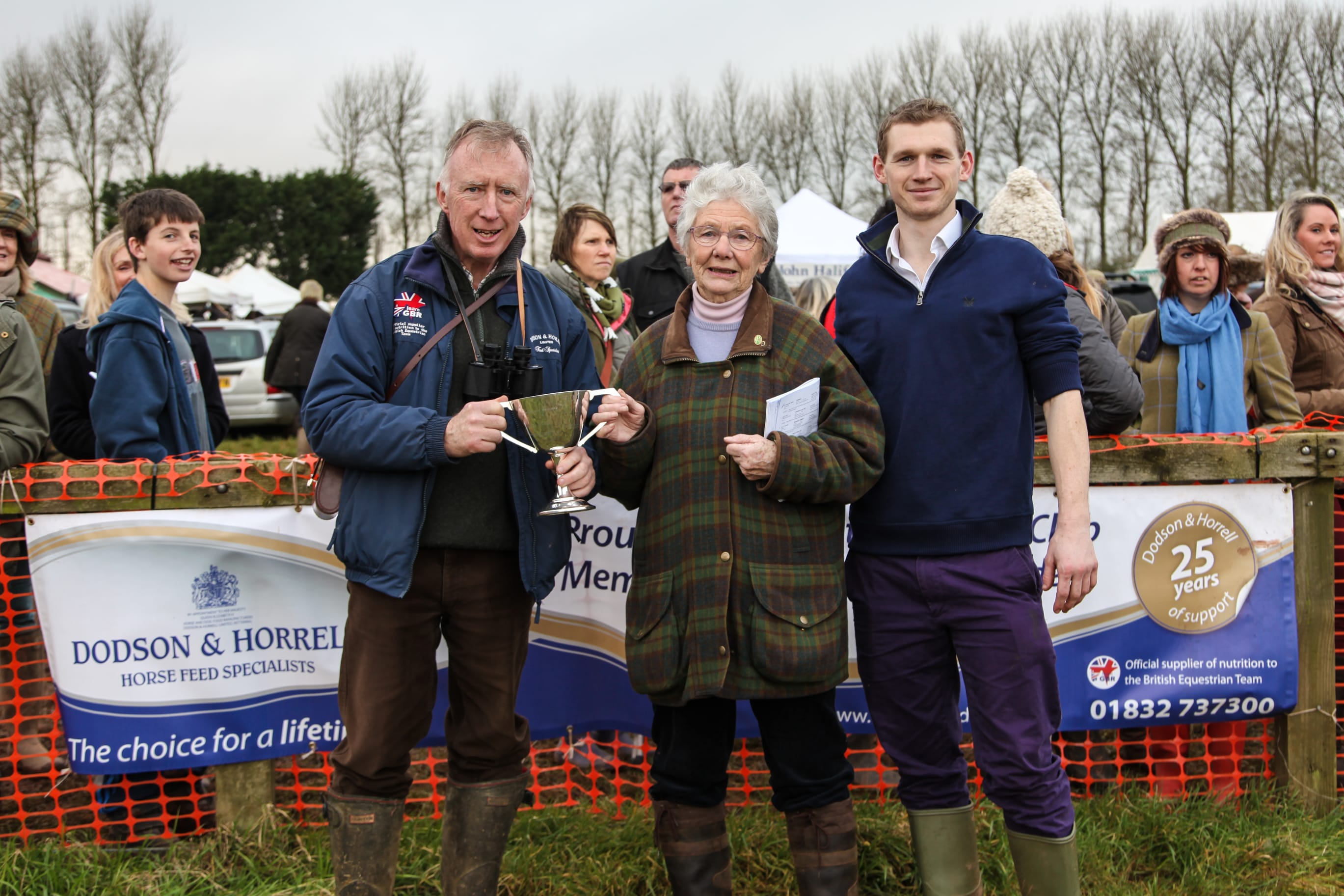