The competition brings together teams of four combining the precision of show jumping with the courage of arena cross country to ride clear, within the optimum time. The course, beautifully designed by Di Boddy and David Evans, challenges horse and rider combinations from Pony Clubs and Ridings Clubs over two days.

On Thursday 88 Riding Club teams took part with Stansted & District Riding Club winning the 100cm class with no jumping penalties and a time of 363.32. The team consisted of Harry Horton, riding six-year-old ex-racehorse Storm On By, Corinne Roberts with seven-year-old Recession, Kirsty Fisher and her 18-year-old Rock Me Amadeus and Natalie Pettitt with another ex-racehorse, Rifflalp.

79 Pony Clubs competed in the challenge on Friday, with the Oakley Hunt West winning the 100cm class with no jumping penalties and a time of 373.72. The team, who were trained by event rider Rhian Smith, consisted of two families - sisters: Corinna Leadbeater, riding Kim Franklin’s 18-year-old former advanced eventer Rising Sun, and her sister Rebecca, with 20-year-old Chianti IV. Jess Falle riding her 10-year-old Strandhill Clover and her sister Emily on her eight-year-old Arctic Dame.

Sam Horrell, CEO at Dodson & Horrell who presented the prizes on Thursday commented, “It’s a fantastic competition with a huge amount of excitement. The standard of riding was excellent and the teams demonstrated real sportsmanship over the two days in the highly competitive competitions. It is really wonderful to be able to offer amateur riders the chance to compete at Blenheim Palace and every year it proves to be more and more popular. Congratulations to the teams that completed and we look forward to seeing you all again next year.”

Full results can be found on the Blenheim international Horse Trials website https://www.blenheimhorse.co.u... 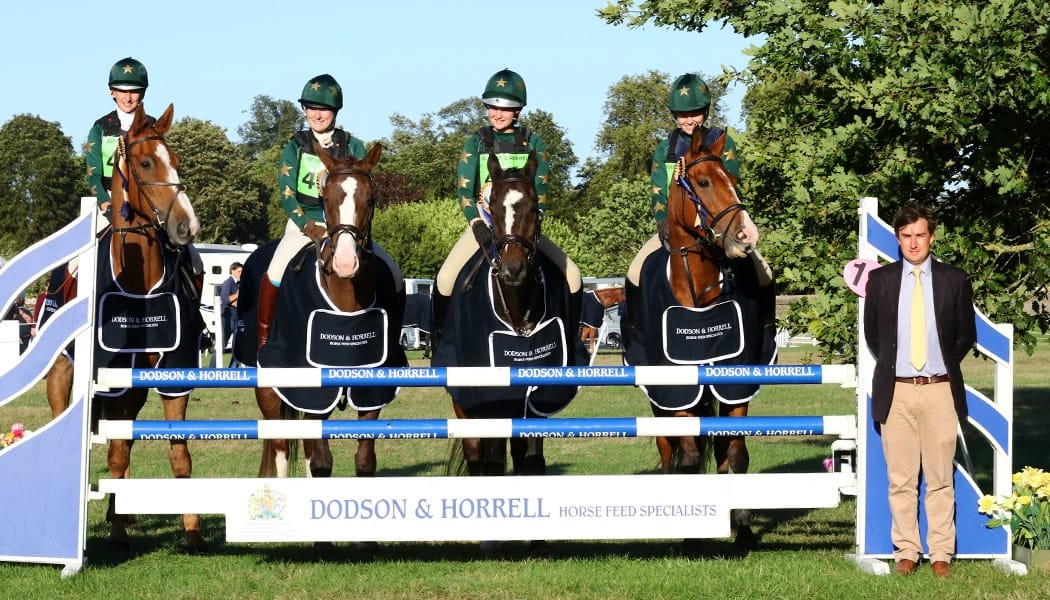