Paul Nicholls, who’s 130 horses are all fed on Dodson & Horrell racing feed has had a celebratory season, not only being crowned Champion National Hunt Trainer for the 11th time in his 28 years of training but also reaching many milestones in racing along the way.

In February, Paul achieved a total of 3000 wins in his career with Capitaine at Taunton Racecourse, one of the Somerset based trainers’ local tracks.  These 3,000 winners were made up of: 2,960 wins over UK jumps, 11 UK flat winners, 25 over the jumps in Ireland and four wins in France.

Next, at the beginning of April Paul reached another major landmark in his remarkable training career with a victory with Dr Sanderson in a Novice Hurdle at Ludlow providing him with his 3,000th winner under both codes in Britain.

Later that month, Paul became only the third National Hunt trainer in history to saddle a total of 3,000 winners over jumps in the UK with Kupatana’s win in the EBF Mares’ Novice Handicap Chase Final at Cheltenham.

To finish the season on an incredible high this weekend Paul was crowned Champion National Hunt Trainer for the 11th time at Sandown’s bet365 Jump Finale, an achievement he is immensely proud of and credits his whole team with the title.

Commenting on his triumphant season Paul said “Reaching the 3000 National Hunt wins and securing our 11th Champion National Hunt Trainer Title is a great achievement for the whole team.  I have great owners and very good staff, who can be relied upon to get the job done, delegating has always been an important aspect of the way we all go about the business at home and it’s important in our success.  The horses have performed fantastically this season and that is in no small part due to the quality of the Dodson & Horrell feed that has allowed them all to perform to the best of their ability all season long.”

Gemma Schwarz, Dodson & Horrell Head of Marketing added “We are all so proud of Paul’s achievement and have enjoyed following the horses’ progress throughout the season, they always look in amazing condition and perform brilliantly on the track.” 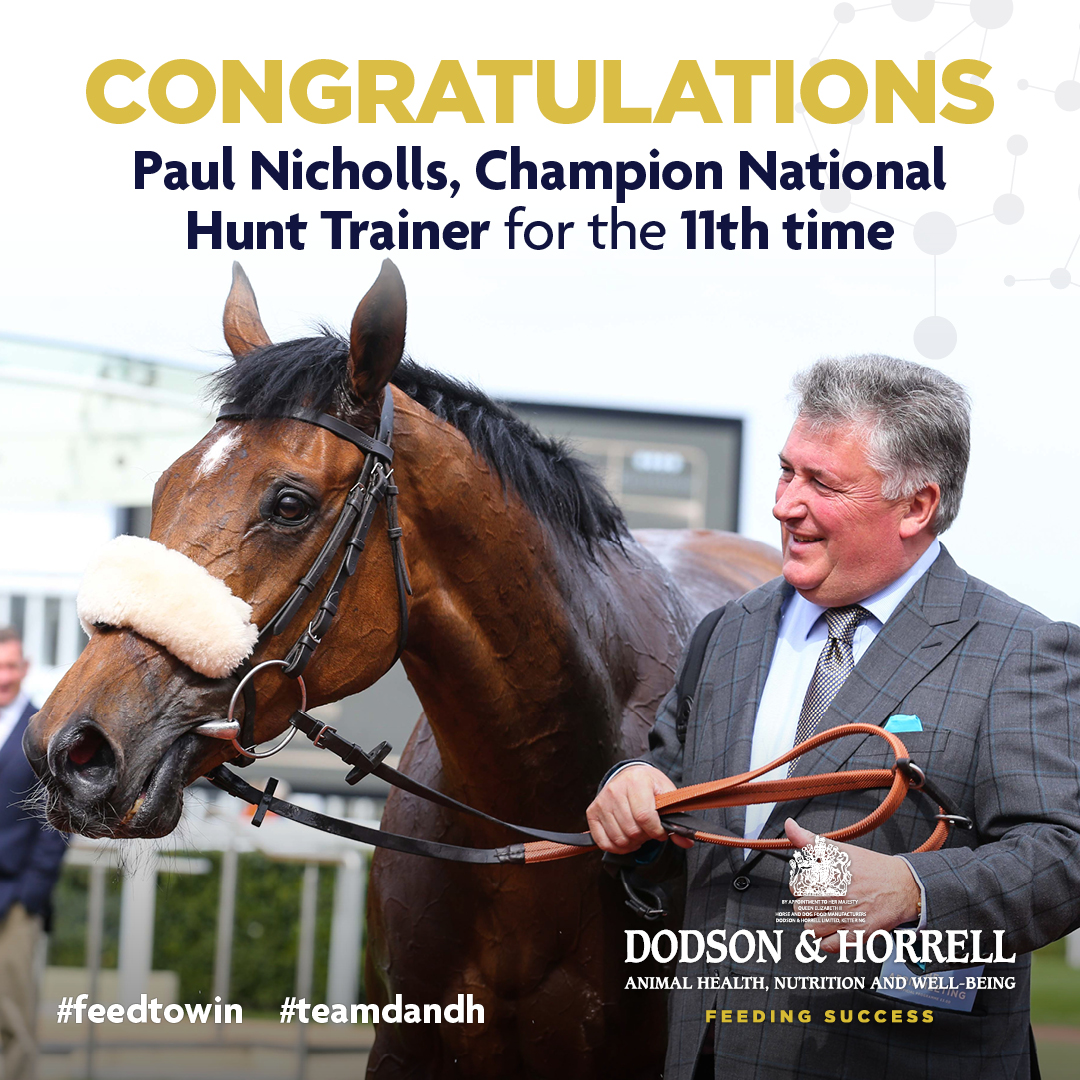