The Dodson & Horrell Masterclass Series makes the trip to Scotland!

Geoff Billington is a name synonymous with British Showjumping at its dizzying heights in the 1970’s and 1980’s, since then Geoff has continued to be a household name as one of Britain’s top riders. He boasts both European and World Championship team bronze medals and has won numerous Grand Prix’s. Geoff was a much valued member of Team GBR, helping secure nine Nations Cup victories and appearing almost 50 times.

He will be joined by Caroline Powell who has represented New Zealand in two Olympic Games, winning team bronze at London 2012, and two World Games, picking up a team bronze in Kentucky 2010. Best known for her long term association with crowd favourite and gutsy grey Lenamore, Caroline finished 20th at this year’s Land Rover Burghley Horse Trials with her current 5* horse On The Brash.

Doors open at 6.00pm and the Masterclass will start at 7.00pm. The evening will be hosted by Spencer Sturmey and will include training demonstrations from both Geoff and Caroline. The audience will have the chance to ask questions and meet the riders themselves. In addition, Dodson & Horrell's Performance Horse Specialists will be attending to answer any of your equine feeding questions and will be giving away a bag of 3kg feed and a goody bag to each attendee.

It’s an evening not to be missed, tickets are £22.00 inc VAT and all profits will go to charity and are available to purchase here: https://bit.ly/33DbkHq. The Scottish National Equestrian Centre is a 20 minute drive from Edinburgh Airport. 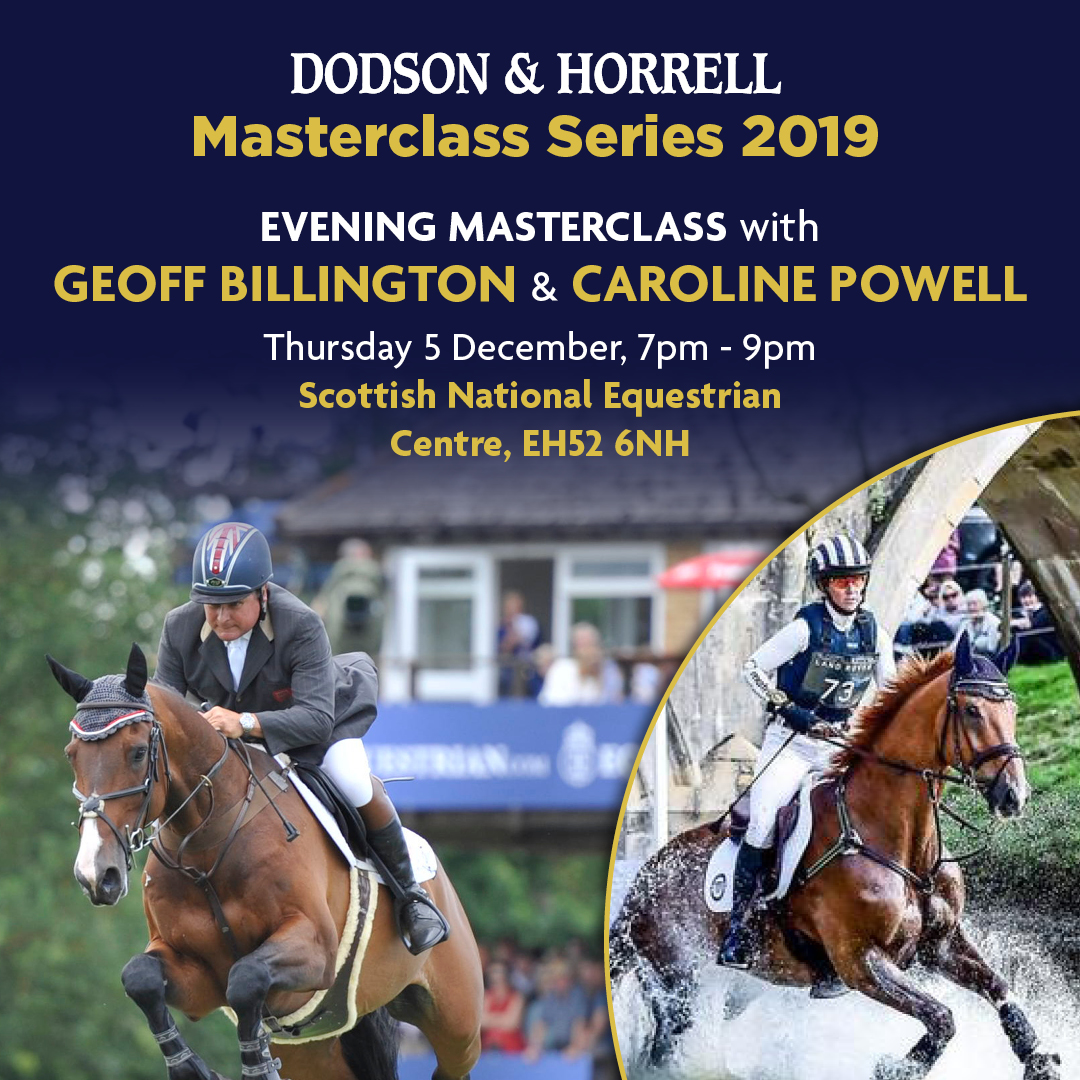