Dodson & Horrell leading horse feed manufacturer and official supplier of equine nutrition to the senior GB Championship Teams will be well represented at the Land Rover Burghley Horse Trials which take place from 30 August to 2 September.

Brand Ambassadors, Piggy French fresh from her CCI2* victory at Blair Castle last weekend, Harry Meade, Willa Newton and Richard Jones will be flying the Dodson & Horrell flag and hoping for top places when the competition concludes on Sunday. Here’s what the ambassadors have to say about the forthcoming competition.

Piggy French commented, “I always look forward to Land Rover Burghley and it’s especially exciting this year to be going back with Vanir Kamira who finished 2nd in 2017. She’s proven she’s capable of going well at this level so I just have to do my best to get her there in the best form possible for each phase and hope that it’s good enough to go one better!”

Harry Meade is well prepared for the competition to come, “Burghley is arguably the most demanding event on the circuit, the dimensions of the cross country fences and the undulating terrain make an already challenging course into a real endurance test. My ride this year, Away Cruising, did his first CCI4* at Burghley last year, where he was the youngest horse in the field coming 16th. Not surprisingly he felt a little green but during his run round Badminton this spring and subsequent events he has felt like a seasoned 4* campaigner and has arrived at Burghley feeling A1.

By nature, Away Cruising is quite a laid back and can even be lazy, but he also carries plenty of condition; my challenge has been to keep him light but with plenty of energy in spite of the rigorous fitness programme all Burghley horses undertake. I have worked closely with the nutritionists at Dodson & Horrell over the past few months and I’m really pleased with the results.

It’s great to be arriving in the best possible shape, fingers crossed things go to plan.”

Richard Jones is very much looking forward to his Land Rover Burghley experience, he explains why, “It’s always very exciting to be competing at Burghley, it’s especially so this year as I have a really good competitive chance with Alfie’s Clover. Alfie has been in superb form leading up to the competition, fingers crossed all goes to plan and we have a great week”.

Willa Newton is excited to be back at Burghley after a trying season, “It is great to be back here at Land Rover Burghley and I must thank the team at Jack Berry House - the Injured Jockey’s Fund Fitness and Rehabilitation Centre who have helped me get back on form after breaking my collarbone earlier in the year. Chance Remark felt fantastic at Somerford recently – it’s going to be a busy weekend with Chance Remark in the CCI4* and I also have a young horse qualified for the Dubarry Burghley Young Event Horse Class which should be fun. I can’t wait for the competition to begin”.

Sam Horrell, CEO at Dodson & Horrell, joins with us to wish the competitors luck. “I have a great deal of respect for anyone who can face the tough competition at Land Rover Burghley. We will be following the action very closely and it will be a very worthy winner who takes home the title of Land Rover Burghley Horse Trials 2018.” 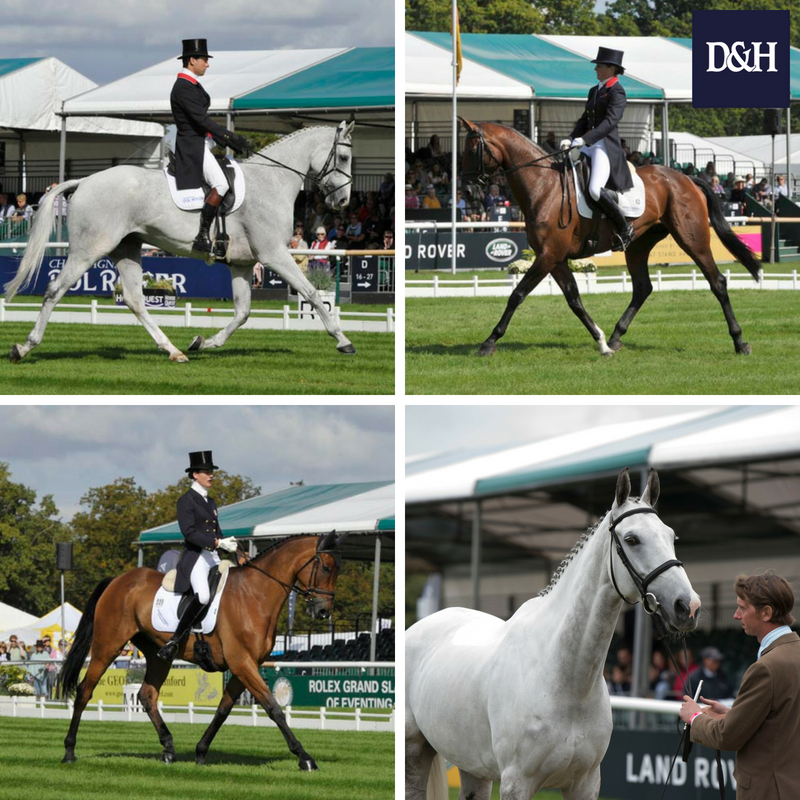