Runners and riders were out in force, despite the prevailing rain, for the Dodson & Horrell PPORA Members Club Novice Riders Series qualifier held at Chipley Park, Somerset on Sunday 29 January 2017.

Chipley Park was the second of 12 qualifying races in the Series with a strong field of 16 riders taking part in the Point to Point Owners and Riders Associations (PPORA) Club Members – Novice Riders Series.

The winning jockey Lorcan Williams partnered, for the first time, Ian and Wendy Fogg’s Join Together (IRE), a 12 year old bay gelding trained by Rose Loxton, an established horse who has previously won a Hunter Chase at Wincanton last season. Lorcan, who was on a roll after a win at Larkhill the previous day, rode a strong finish in the horse’s first outing this season and was rewarded by winning a short-head over Blazing Whale under Abbie Hughes. Ballybough Gorta and Ed Henderson finished in third in their first race this season, ten lengths behind the leading pair in this popular race.

Lorcan and Join Together have now qualified to go forward to the much coveted Dodson & Horrell PPORA Novice Riders Series final in May 2017, to be held at Garthorpe near Melton Mowbray in Leicestershire. The venue boasts a central location and Garthorpe has a sound reputation for producing good ground, even in a dry spring, and its watering system is a key factor in achieving that aim.

Chris Gordon, Dodson & Horrell Equine Specialist commented “We are now in the 30th year of sponsoring the Series and it gets more competitive each season. We are looking forward to an exciting fixture list with 10 more qualifiers before the final.” 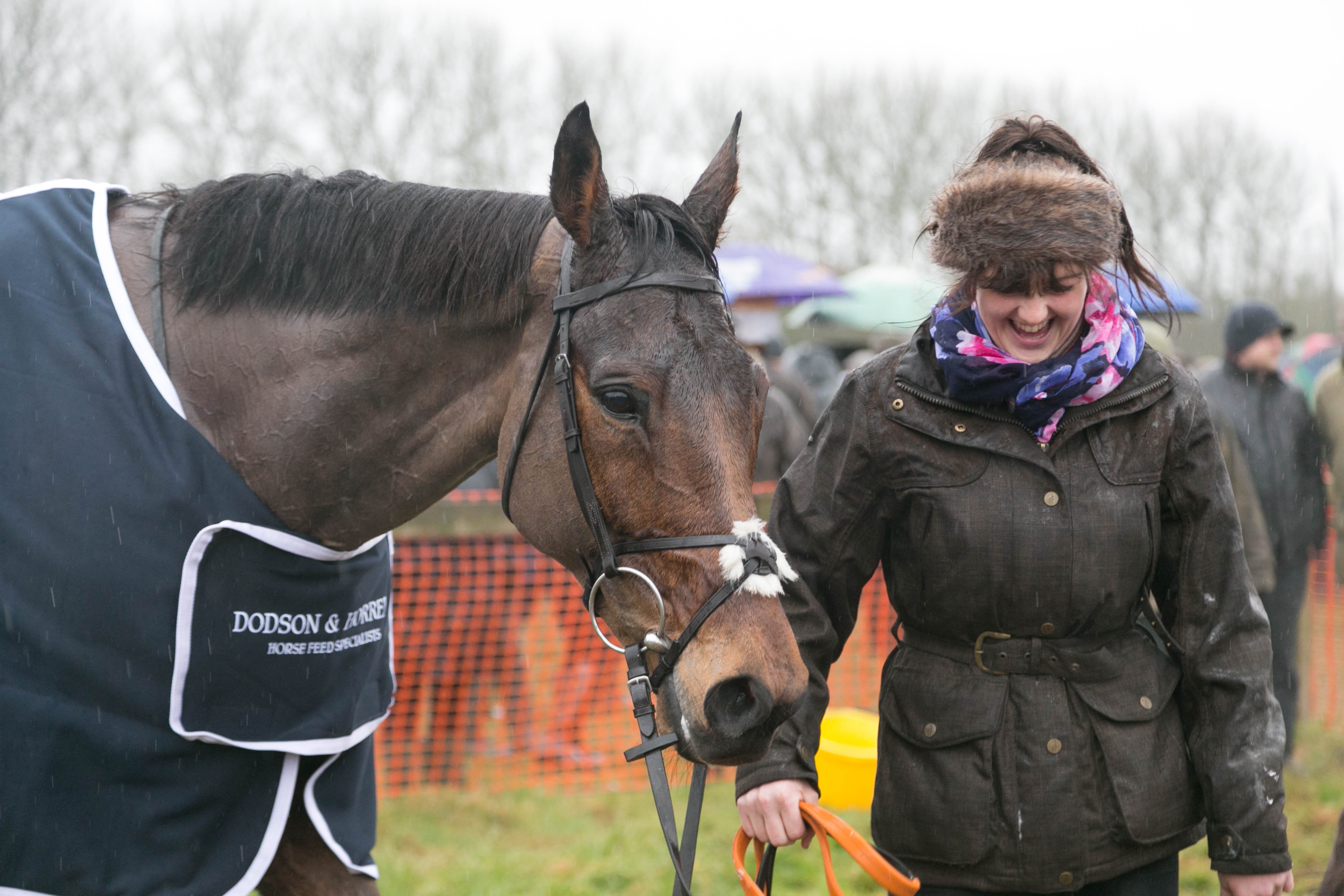