Runners and riders were out in force for the Dodson & Horrell PPORA Members Club Novice Riders Series first qualifier held at Barbury Castle on Sunday 6 December 2015.

Barbury Castle was the first of 12 qualifying races in the Series with a strong field of 15 riders taking part in the Point-to-Point Owners and Riders Associations (PPORA) Club Members Novice Riders Series. The winner was 19 year old John Smith-Maxwell who owns and trains the nine year old Buck Magic. Guy Levinson riding Be Definite took second place – beaten by a nose. The favourite, and winner of the Mens Open at Woodford, Gloucestershire, Sam Jukes riding Iberico came third.

Sunday boasted strong fields in each of the races with the going good to soft. The crowds were treated to an excellent days racing and entertainment, despite the drizzly conditions, with a real buzz at Barbury for the start of the Series.

It was a great start to John Smith-Maxwell’s fourth season in point-to-pointing whilst also embarking on his first year studying a degree in Agricultural Business Management at Reading University. John rides out for Alan Hill and this experience clearly showed in his sixth point-to-point win gained at Barbury Racecourse.

John Smith-Maxwell and Buck Magic have now qualified to go forward to the much coveted Dodson & Horrell PPORA Novice Riders Series final in May 2016, which for the first time is to be held at Garthorpe near Melton Mowbray in Leicestershire. The new venue boasts a central location and Garthorpe has a sound reputation for producing good ground, even in a dry spring and its watering system is a key factor in achieving that aim.

John Smith-Maxwell commented “The race had a quick pace to the first but I managed to get an inside line half way round the course which Buck Magic jumped well. I took a pull down the hill and came to the second last still in the lead. We had a hairy jump at the last but we managed to pick up to win the race by a nose. The Dodson & Horrell PPORA Novice Riders Series was a great start to Buck Magic’s racing career who I will now aim at Cambridgeshire Harriers Hunt Club at Cottenham on Sunday 3 January.”

Derek Mackey, Dodson & Horrell Commercial Director commented “We are now in the 29th year of sponsoring the Series and it gets more competitive each season. We are looking forward to an exciting fixture list with 11 more qualifiers before the final.” 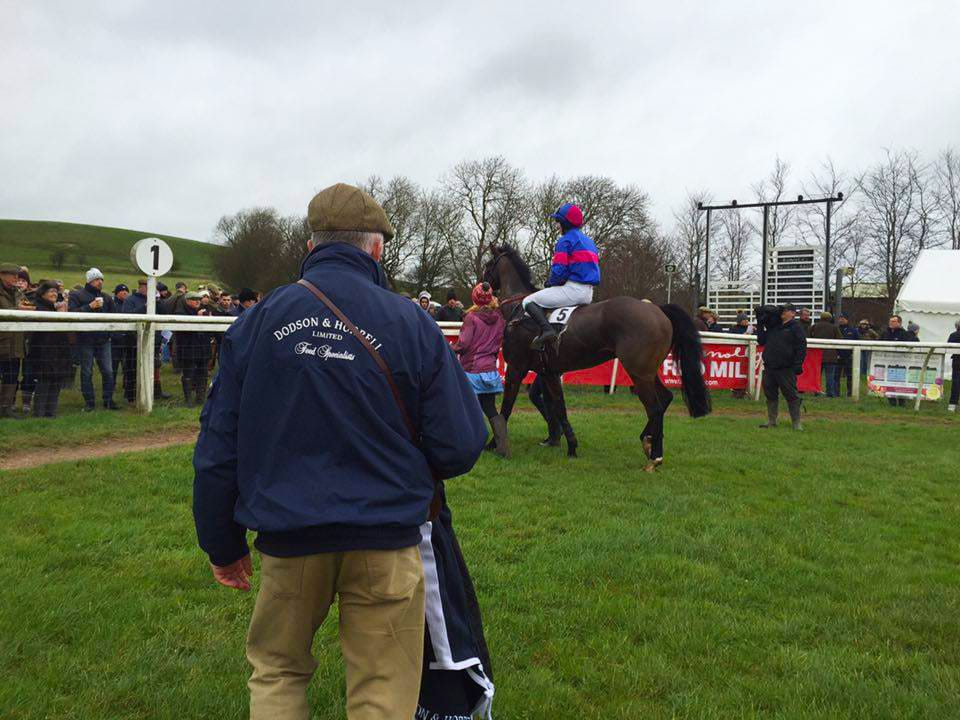