The Dodson & Horrell Arena Eventing at the Magic Millions Festival of British Eventing gives amateur riders the chance to compete at the same prestigious event as their idols.  The competition is unaffiliated and therefore, open to all riders including Pony Club and Riding Club members.  There are two classes in the Dodson & Horrell Arena Eventing at 90cm and 100cm. Both classes run as a two-phase competition, the first phase is nine show jumping fences followed by nine cross country fences. The course was designed by Captain Mark Phillips and Sarah Green and took place in the Harringtons Arena.  All competitors were given a Dodson & Horrell goody bag for competing.  The riders positioned 1st to 10th each received D&H feed vouchers, the winners of each class also won a Dodson & Horrell rug and second place received a Dodson & Horrell saddle pad.

There were 47 competitors in the 90cm class with Anna Wiles riding Ryan winning ahead of Anna Dunford and My Spirit. Third place was Lily Clarke aboard Camills Muriel.

28 competitors took part in the 100cm class for the Dodson & Horrell Arena Eventing.  The winner was Emma Horton-Smith riding All About Albert, second place went to Anita Brackstone aboard Ballylusk Star Rebel and third position was taken by Alice Sandiford riding Sandstone Scalpings. 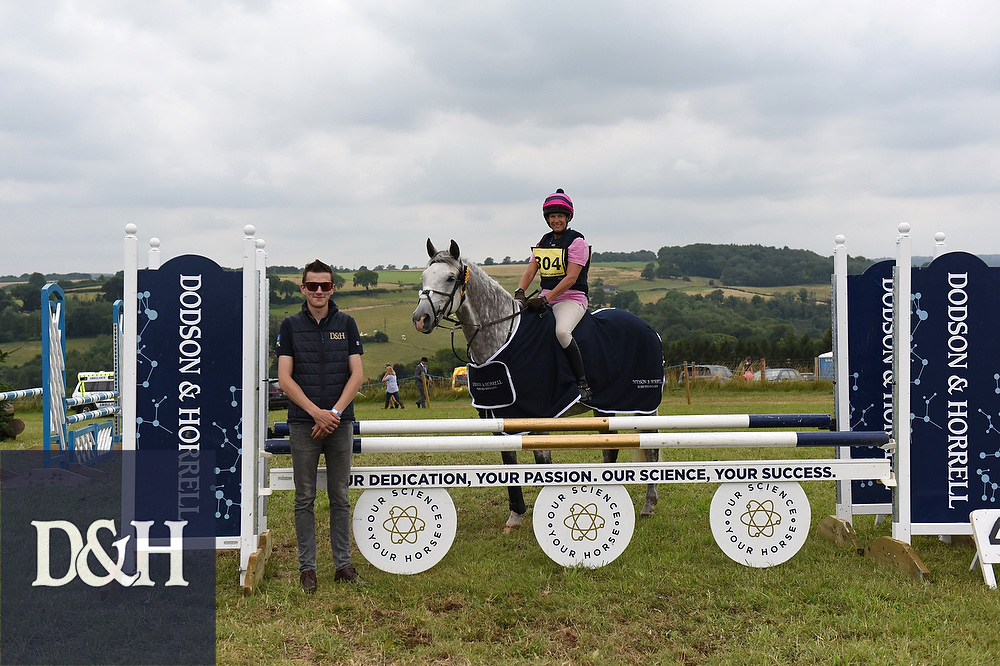