Chipley Park was the second installment of the 2018 Dodson & Horrell PPORA Members Club Novice Riders Series on Sunday 28 January 2018. A grey day with soft going did not put off the strong crowd, 77 horses took part with 11 starters in the Dodson & Horrell race, which was fifth on the card.

The winner of the 11-strong race was Robin de Boss (IRE), ridden by Jamie Hepburn, trained by his mother Jo Hepburn, Chair of Wincanton Racecourse. The horse runs in the colours of The Felton, Foulkes, Hepburn, Sunnucks Partnership, which includes Jamie’s grandfather Billy Foulkes who has a place in the amateur racing history books as winner of the 1962 Aintree Foxhunters’ on Dominion.

Having previously been in the care of Tommy Morgan, for whom he’d claimed one win and three second placings last season, Robin de Boss was bought at Doncaster Sales. Out jumping the bold front-running Mic’s Delight (Jennifer Davenport) three from home, Jamie and Robin De Boss were pressed hard for the lead by Jac The Legend and Bryan Carver, but they dug deep to better their pursuer by a length and a half at the line.

“He came through the sales ring at the end of the day and we snapped him up. He’s really easy and genuine, the perfect weekend rider’s horse” enthused Jamie a true grassroots amateur, whose celebration of his third win between the flags was curtailed by the need to catch a train back to London. Jamie’s daily fitness routine includes cycling to work through Hyde Park where he works for Central European energy group EHP throughout the week.

“It has been a great day’s racing and it was fantastic to see the jockeys battle it out to the line in fairly testing conditions. We are excited to see what the series holds and look forward to seeing Jamie at the Final in April.” commented Chris Gordon, Dodson & Horrell Technical Director. 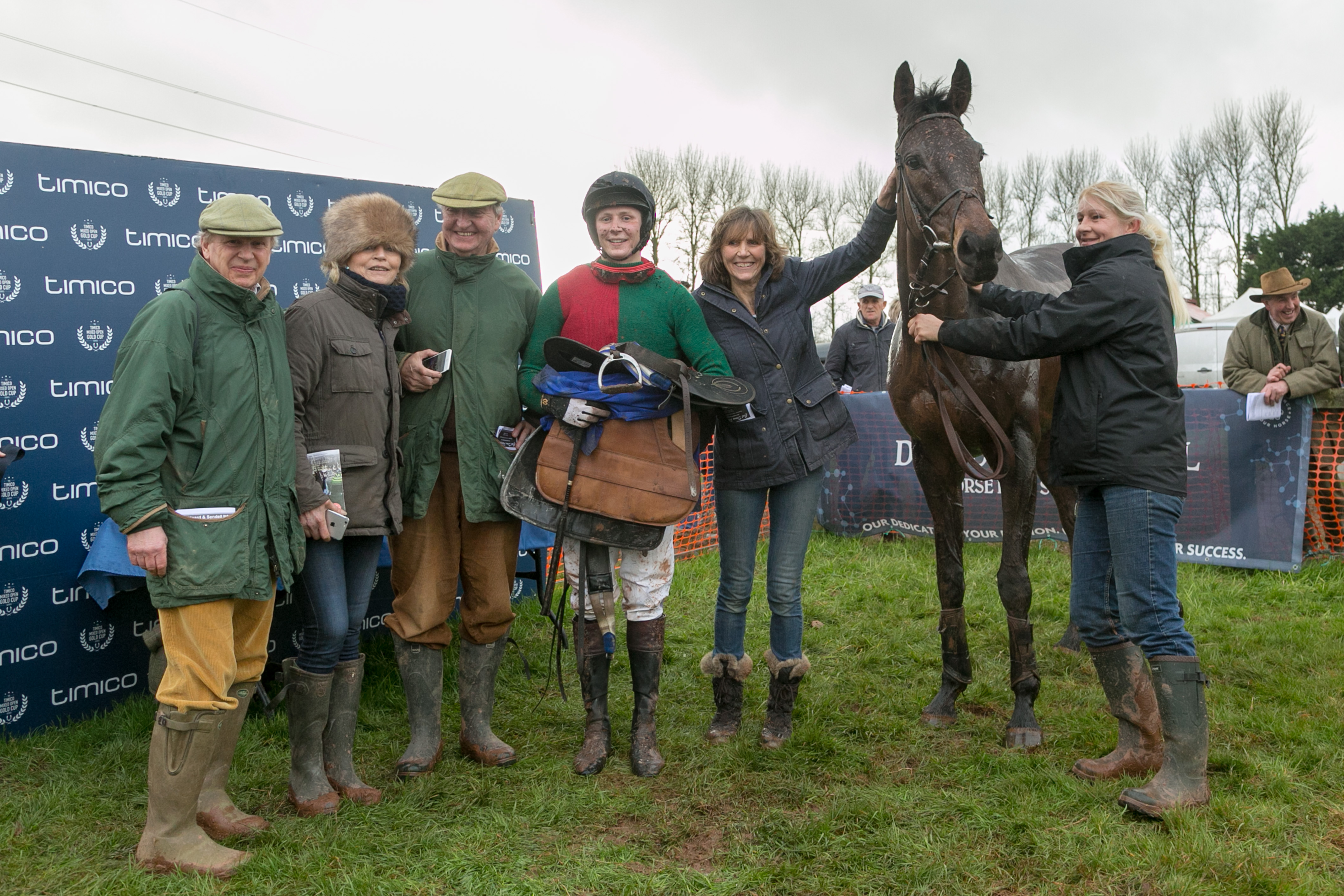