Staffordshire based Norman Proffitt won the Major Veteran Championship in last year’s Dodson & Horrell National Amateur and Veteran Championships at Aintree Equestrian, with 52 years of experience in showjumping Norman tell us why he keeps coming back to compete every year!

Last year I retained my title on Nina Emery’s 14 year old dark brown gelding Valentino XIV, I also came third in the class with my other ride Patent a 19 year old bay gelding owned by Audrey Evans. I go every year without fail, I won the Major Veteran Riders Championship back in 2011 and 2012 on board Patent, and so I was pleased that last year I matched it on Valentino. As you can imagine I have plenty of Dodson & Horrell rugs in the tack room – all very handy though! This show is definitely one of my favourites. I love coming as the organising team are fantastic and it has a lovely atmosphere.

Both horses, who are fed on Dodson & Horrell’s Sixteen Plus, are seasoned showjumpers and know what they are doing so I do all my jumping at shows now; I went to the National Championships at Stoneleigh earlier in the year and came fifth in the veteran class on Valentino. I also went to British Showjumping Scope Festival and finished second riding Patent in the small International Grand Prix class.

I will of course be hoping to defend my title and I will be taking both Valentino and Patent with me. My top tip if you are going too, make sure you get there nice and early and just treat it as a normal competition – see you there!

My winning horse, 16 year old Don Douglas, aka Donald had a break at the early part of the year and started competing properly at the beginning of April. Overall Donald had a successful summer including an International win at the British Masters. We were lucky enough to compete for Great Britain in Italy at the Veteran European Championships where we came just outside the medals in fourth place.

Sadly shortly after returning from the Europeans we lost Donald after a short and unexpected illness. He was an amazing horse to have been connected with, winning numerous national titles and he is sorely missed. He was a horse of a lifetime.

Moving forwards, I am very lucky to have two horses that I will take to Aintree for the Veteran classes. 10 year old Djabreen was placed in a major championship and has been to Aintree before and his full brother, nine year old Don Finale is making his debut. Don Finale is a 17.2 rangey Hanoverian and, like his brother, has been progressing well and competing at 1.20m.

So much has happened this year I am just pleased to be taking two lovely horses to the Championships, my aims for them are to get double clears and it would be nice to think we could finish in the ribbons.

I’ve been to Aintree every year since it started, it’s always best to treat it like any other competition, don’t change your usual routine and warm up and try not to let your nerves get the better of you. The Dodson & Horrell National Amateur & Veteran Championships are always well run and tidy and it’s a great place to meet old and new friends, so enjoy it! 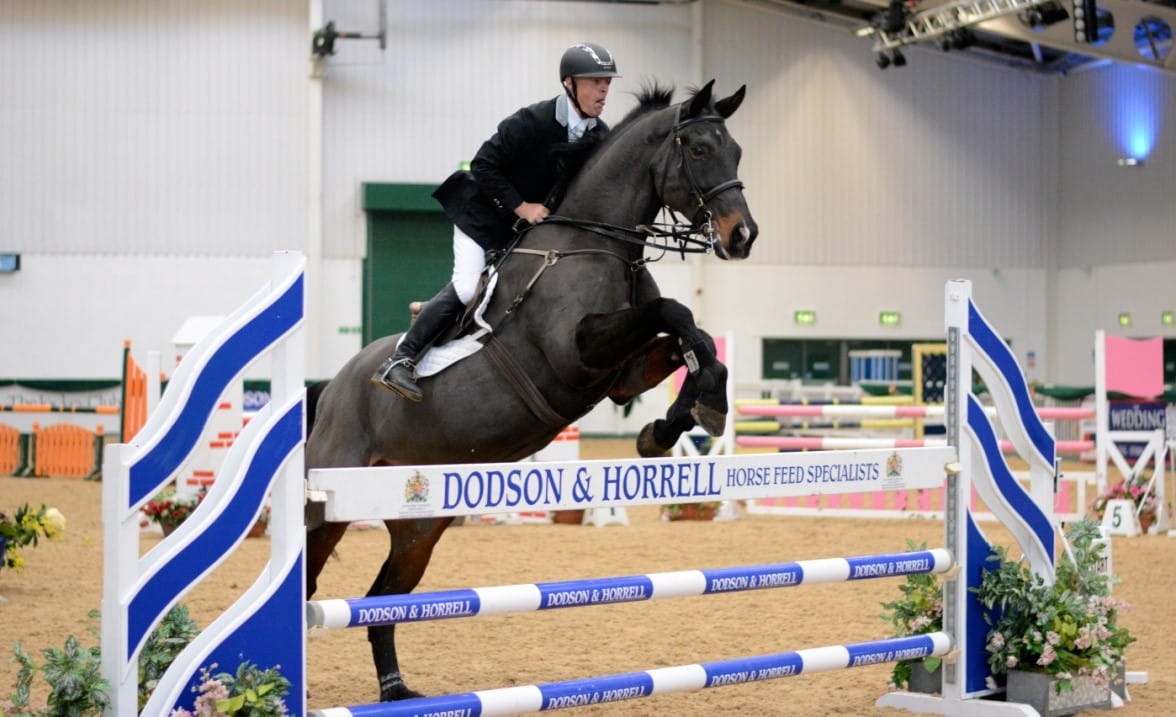