Riders of the world flock to Chatsworth

The Dodson & Horrell Chatsworth International Horse Trials has long proved to be a place where champions are made and Japanese Olympic hopeful Kazuma Tomoto will certainly be hoping that is the case. Riding Brookpark Vikenti, he holds the overnight lead after the dressage phase in a section of the prestigious four-star Dodson & Horrell Challenge.

With the 2020 Olympic Games in his home country, Tomoto, 36, who has left his family and native country to train with regular Chatsworth prize-winner William Fox-Pitt, decided to switch sports from pure show jumping to eventing and a confidence-boosting first run over Ian Stark’s challenging but fair cross-country course in the spectacular setting of the Duke and Duchess of Devonshire’s parkland near Bakewell, Derbyshire, will be key to that preparation.

A host of top riders from 12 nations have descended on Chatsworth, guaranteeing a weekend of thrilling cross-country action. Among them are last weekend’s Badminton champion, Piggy French, who won the Event Rider Masters leg here in 2018, plus a team gold medal at the World Equestrian Games in the USA.

Her British team mates Gemma Tattersall and Tom McEwen, who rides the Duchess’s horse Chatsworth Diamond in tomorrow’s (Saturday) two-star, plus the 2006 world champion Zara Tindall will also be competing, alongside star riders from New Zealand, Ireland, Germany, the Netherlands, France and Sweden, among other nations.

There was a Derbyshire win in the five-year-old section of the Dubarry Burghley Young Event Horse qualifier, for Carole Kirkham of Ockbrook. Mrs Kirkham missed her moment of glory as she was on holiday in Spain, but her daughter Annie Bellamy, who was in the saddle on Shannondale Aero, was promising to send a video. The Irish-bred gelding has already started his eventing career, under world team gold medallist Tom McEwen.

There was a local victory in the four-year-old section as well, for Sheffield-based Jordan Cavanagh riding another Irish-bred, GSH Kafene for Sarah Cockerham, and this pair will also be heading to the finals at Burghley in September.

In the immediate future, though, this weekend at Chatsworth offers a brilliant array of entertainment for all the family – including the dog, which is well catered for with the Autarky Fun Dog Show, which has have-a-go agility plus such classes as best rescue and most handsome dog.

“It has been a great day here at Chatsworth and we can’t wait for the action over the next couple of days,” said Dodson & Horrell’s Head of Marketing, Gemma Schwarz. “It looks as if we’re in for some really top-class competition. Chatsworth House provides a unique backdrop for this special event and we are extremely proud to be a part of it.”

Dressage continues for advanced and four-star sections on Saturday, including the opening leg of the 2019 Event Rider Master series, which starts at 3pm. Two-star show jumping action starts at 8.30am and the first horse will be out on the cross-country course at 9am.

Gates open at 8.00am each day. Dogs on leads welcome. Day tickets on the gate for Saturday and Sunday are £20 for adults and £5 for children aged 5-14. All tickets include free parking and child prices apply for children aged 5–14 inclusive. Book tickets online before 12 May to receive up to 25 percent off the gate price.

For more information, visit www.chatsworth.org/horse-trials or follow the social channels

Hashtag on all three channels: #DHCIHT 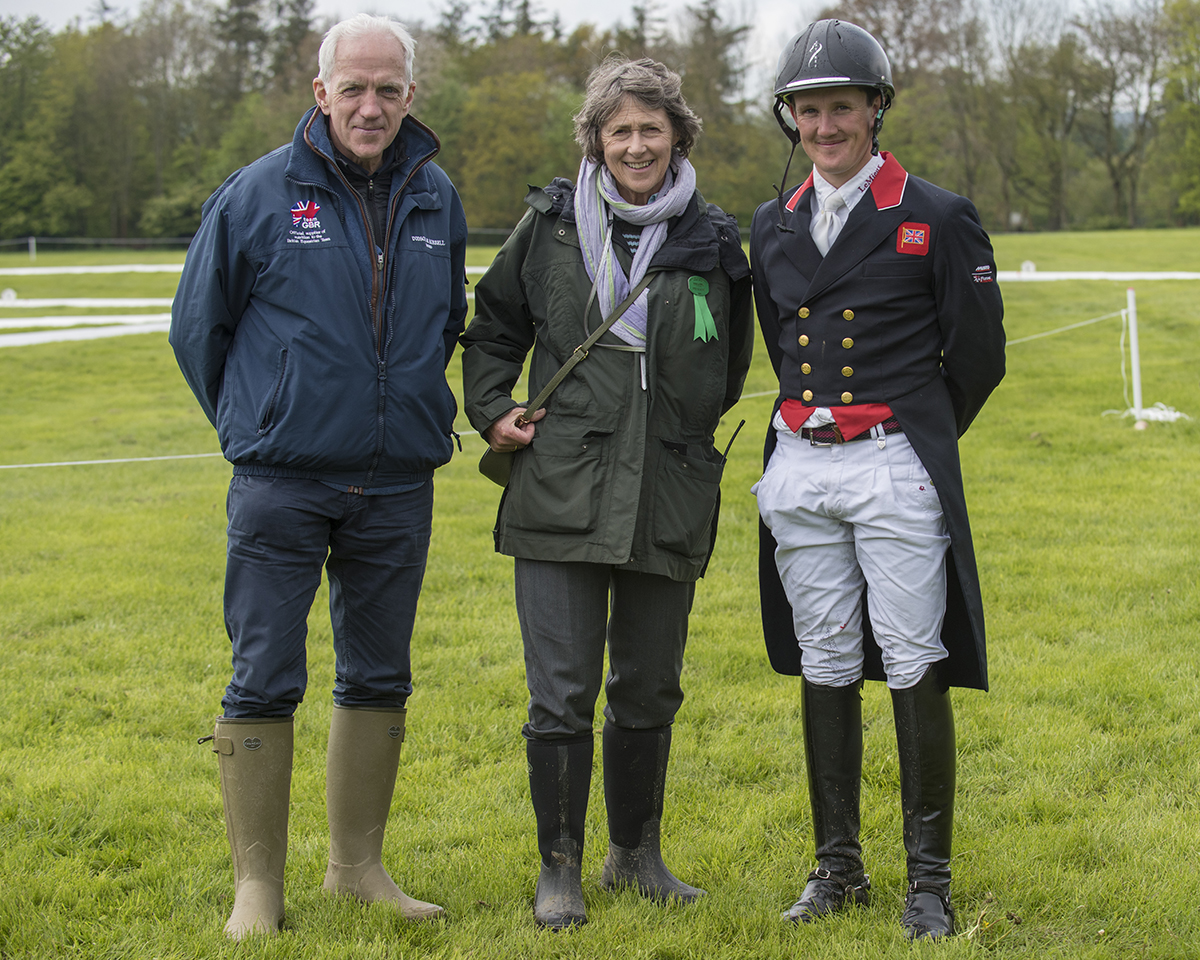