The qualifier, hosted by Morris Equestrian Centre in Scotland, saw over thirty combinations contest the class last Saturday (21 November) to round off this year’s qualification.

There was a total prize fund of £1,650 for the qualifier, with training vouchers to the value of £725 awarded to the first six prize-winning riders currently eligible for British Team selection. Through the qualifiers and an accumulation of points, riders were aiming to qualify for the final taking place at the London International Horse Show, Olympia on Saturday, 19 December.

Dodson & Horrell Ltd has grown to become Europe's leading horse feed manufacturer and a highly respected authority on animal nutrition and feed the world-over. Dodson & Horrell has a long history of support in equestrian sports across all levels, from its sponsorship of British Dressage and British Showjumping, Riding Club and Pony Club events and over 25 years of support for Point-to-Point racing and title sponsorship of the iconic Chatsworth International Horse Trials. As Royal Warrant holder and official supplier of nutrition to Equestrian Team GBR, Dodson & Horrell will play a pivotal advisory role in the lead up to next year’s Olympics and Paralympics.

The World Class Programme aims to provide Britain’s elite riders with the best preparation to represent Equestrian Team GBR on the international stage and is funded by Lottery and Exchequer funds via UK Sport. 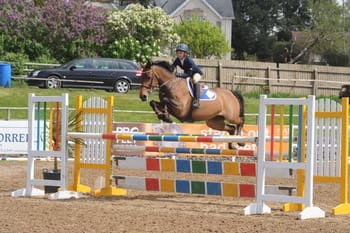