A first win for Tristan Hughes

Tristan developed his passion for racing from watching it on TV. He attended the Northern Racing College, followed by a brief spell on a flat yard, before joining the Pembrokeshire based Bowen Team where Maller Tree is trained by Mickey Bowen.

“I work for Peter Bowen, National Hunt trainer, riding out 5 or 6 a day, and I muck out Mickey’s horses – I don’t know how many, but it’s a lot! All that mucking out is worthwhile now – 100%!” commented Tristan shortly after the win.

Maller Tree, is a former winner under Rules in Ireland for Jessica Harrington and for David Dennis in the UK, he switched to pointing in 2016 providing Christopher Wald, former owner-trainer-rider with his first winner and then acting as a schoolmaster for Phoebe Baylis last season.

“Dad and I spotted him for sale online in the summer, he’s a great horse, easy at home, and he didn’t mind the ground at all. It’s brilliant to have my first winner!” said Tristan.

Three went to post but that did not mean it was low on action. The favourite Crowded Room (Callum Bickers-Price) set the pace for much of the race, with his rival’s content to tuck in behind before playing their hands, and taking the lead, as they exited the back straight for the final time. From there on home it was a game of cat and mouse between Maller Tree and Senor Alco battling it out to the line.

“I didn’t want a sprint at the end as he (Senor Alco) hasn’t got that kind of finish, so I had to make it a race from turning out of the back. He ran and jumped so well but I just couldn’t quite catch Maller Tree after the last,” said runner up rider Natalie Bower. Senor Alco looked the more fluent at his fences but lacked the finishing pace of Maller Tree who extended his 1/2 length advantage at the last to 2 1/2 lengths at the line.

Natalie, who rides out for trainer John Groucott, trains Senor Alco for her grandfather Geoff Bower who was the catalyst for her involvement in Pointing.

“Grandad watched me win a charity race on Midnight Target, a horse trained by John at Ludlow last year. He loves his racing and has horses with Philip Rowley and thought he’d get a horse that had been there and done it for me to go round on, so it was him that got me going in point to points,” she explained.

All three past the post all qualify to go forward to the Dodson & Horrell PPORA Novice Riders’ Series final on 29 April at Garthorpe, Nr Melton Mowbray: 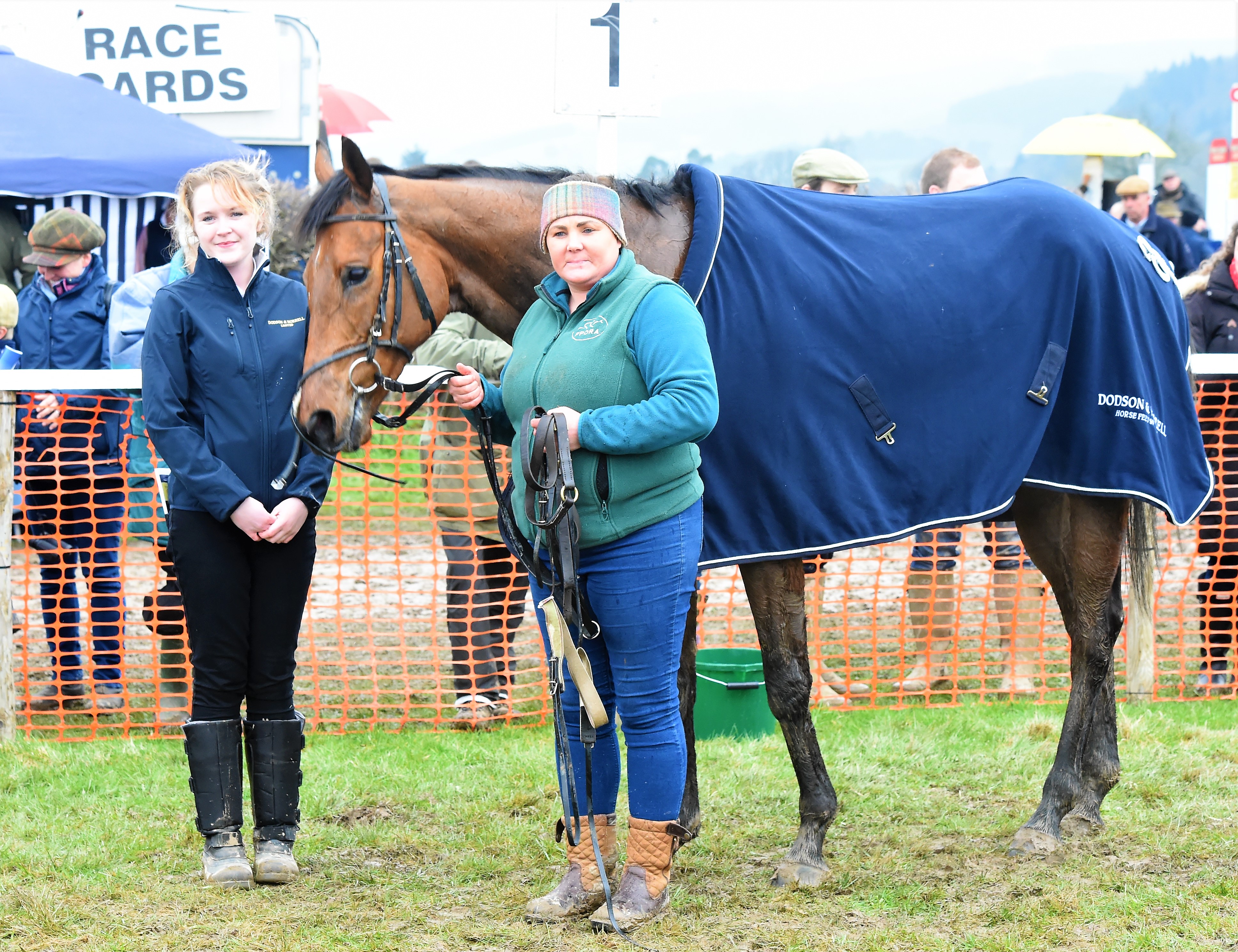