Dodson & Horrell Ladies Polo Team has an unprecedented season smashing all titles and leagues in the female polo world since fuelling their ponies on the high quality D&H feed.

A highlight of the season took place at Guards Polo last weekend where the team of four (Hannah Henderson, Nina Clarkin, Cicely Colthurst and Saffy Oliver) won the final of the Charity Tournament for the Lord Patrick Beresford Trophy after a textbook display in the extra fifth chukka. Despite being the underdog, facing the HH Sheikha Maitha's UAE Polo Team that has lightening fast polo ponies, it was a 40-yard penalty shot with three seconds left on the clock converted by Nina Clarkin, the world’s leading lady player that gave D&H the opportunity to go to the extra chukka. In the fifth chukka the team turned an attacking play around from the UAE team and scored the winning goal in front of a big crowd.

The team not only took the win 9-8, but also saw them crowned victors of the 2018 Victrix Ludorum series adding to the list of season titles including the 18 goal Hurlingham Polo 1875 British Ladies Championship.

Dodson & Horrell Ladies Polo Team member Hannah Henderson said “We started to feed Dodson & Horrell to all of our ponies at the end of last season and it has made a huge difference. We have worked with Dodson & Horrell’s Performance Horse Specialist Amie Hicks to develop a feeding regime that is suitable, and I know that they are now receiving all the right vitamins and minerals and energy required for the level they play at.

They are fed on Elite Sport Muesli and Build & Glow and where necessary we add Fibre Fusion, Regerner8 and Electrolytes. D&H has really streamlined our feeding system, its simple for our grooms to feed the ponies and its much more cost effective.”

“Congratulations to Hannah and the team on an amazing season, we are so pleased that they have the right feeding regime for their ponies which has helped them achieve some incredible results,” added Gemma Schwarz, Head of Marketing at Dodson & Horrell. 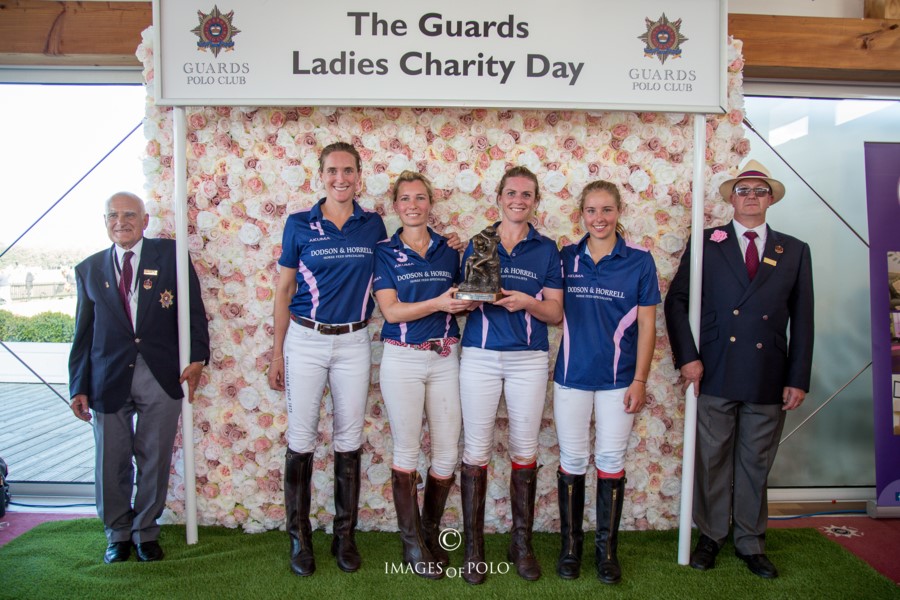