A Family Affair at Horseheath

Runners and riders were out in force for the Dodson & Horrell PPORA Members Club Novice Riders Series qualifier hosted by the Cambridgeshire Hunt with Enfield Chace at Horseheath on Sunday 4 February 2018. This was the third of 12 qualifying races in the Series with a strong field of 16 riders taking part. The winner was Bayley’s Dream, ridden by Billy Aprahamian, owned by his parents John and Bronwen Aprahamian and trained by John.

Bought from Paul Webber, Bayley’s Dream is trained by John on the family yard in Northamptonshire. A smaller yard, and time spent getting to know his character, appears to have played a big part in Sunday’s success. Described as a “quirky little man, easy to ride, but a bit buzzy at home. He dances in front of the stable door in the mornings and won’t eat up, so we put him out in the field for an hour and when we bring him back in he’s fine.”

“I dropped my whip jumping the ditch the final time, and I cursed to myself thinking, we’re travelling so well I think I might actually need it this time” Billy commented, “I filled him up with air coming down the hill and then as we came off the bottom bend a loose horse came past us, then we passed that and from there on I didn’t look back, hands and heels all the way to the line.” It was a fourth win between the flags for Billy, a Lieutenant in the Irish Guards, who also won the inaugural running of the McCreery Memorial Military Amateur Riders’ Handicap Hurdle at Wincanton in April last year. His ambitions for the coming months include rides in the Royal Artillery Gold Cup and the Grand Military Gold Cup at Sandown in February and March.

“Congratulations to the Aprahamians and Bayley’s Dream, the series gets more competitive each season. We are looking forward to more action in the weeks ahead with nine more qualifiers before the final.” commented Dawn Barratt-Johnson, Dodson & Horrell Performance Horse Specialist. 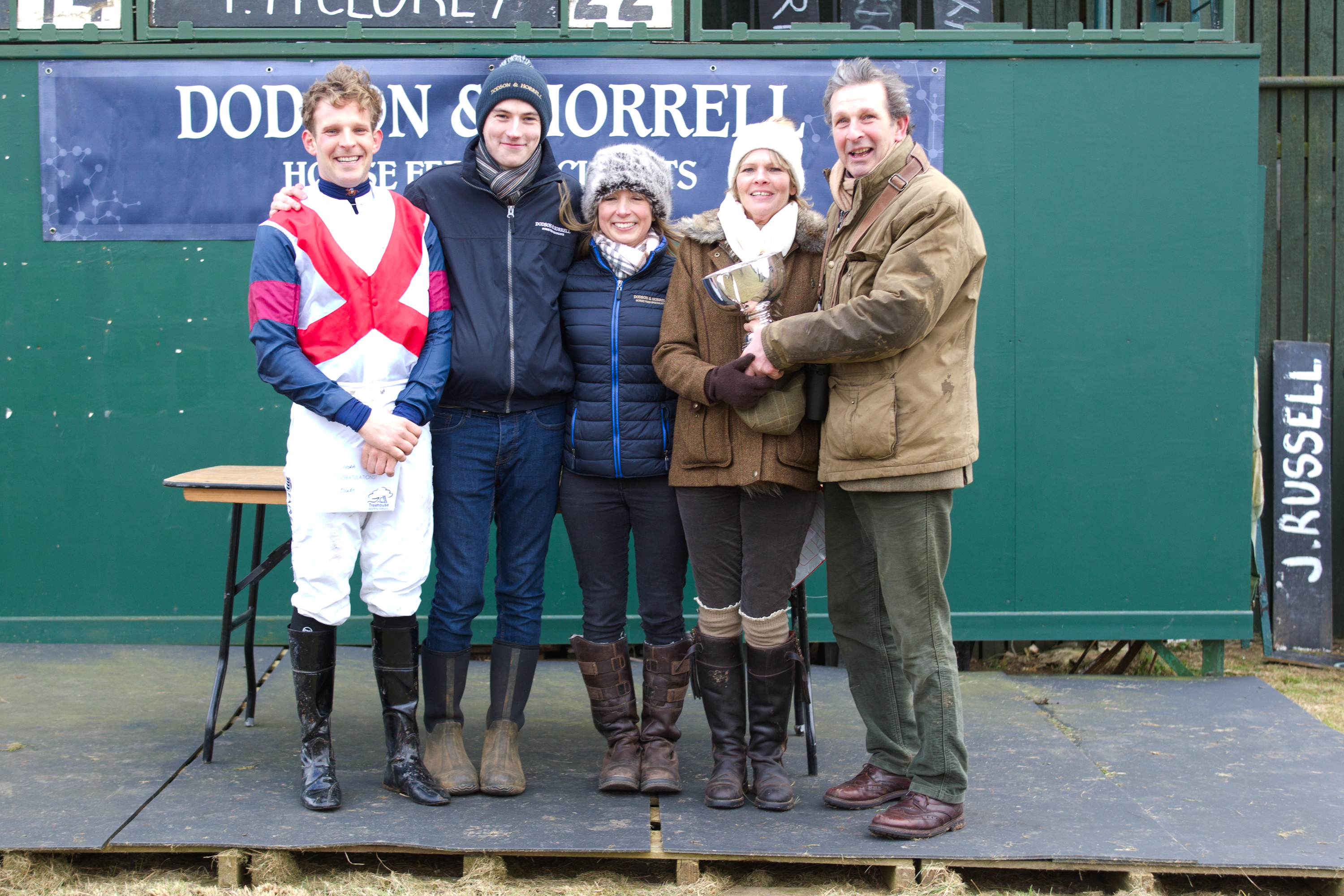