It was a truly international line-up at the Dodson & Horrell Chatsworth International Horse Trials at the Duke and Duchess of Devonshire’s family home near Bakewell, Derbyshire, which was seen at its very best in beautiful spring sunshine.

The Dodson & Horrell Challenge CIC3* sections B and C were won by Irishman Padraig McCarthy and Frenchman Arnaud Boiteau respectively, a French trio dominated the podium of the new Event Rider Masters (ERM) competition and New Zealander Andrew Nicholson looked back to his very best when taking first and fourth places in the Advanced class.

Boiteau, a team gold medallist at the 2004 Athens Olympic Games, explained that his countrymen had come to Chatsworth to experience “a totally different cross-country track and to compete against the best riders in the world”.

His fellow countryman, Astier Nicolas, who won a thrilling ERM class in which riders were seen galloping faster and faster around Chatsworth’s undulations in an effort to beat the clock, said the atmosphere had been fantastic.

Gemma Tattersall was the best British rider, in fourth on her Olympic prospect Quicklook V, a grey mare, but Kitty King, the leader after the dressage and show jumping phases on Ceylor LAN, lost any chance of winning when her horse became upset by the all the excitement and refused to leave the starting box at first.

One happy British rider was Derbyshire-based Bert Bolton, 21, whose home is just two miles from Chatsworth. He finished fourth in the Dodson & Horrell Challenge section C and was best under-25 rider.

“Things didn’t start too well because I had three show jumps down, but Chatsworth is a proper event which hinges on cross-country time and I knew that if any horse could get near the optimum time, mine would be it, as he is an ex-racehorse,” said Bolton, who finished just four seconds outside the time.

The event attracted a bumper crowd over a sunny three days, all enjoying the huge variety of entertainment, from cross-country action with some of the world’s best riders to dog and duck displays, Pony Club show jumping, falconry and dog agility.

“Dodson & Horrell is thrilled to be back at the Chatsworth International Horse Trials for a fourth year as title sponsor – it’s a privilege to be part of such a prestigious event and we would like to thank the Duke and Duchess of Devonshire and the rest of the team at for again making the event so special,” said Sam Horrell, Chief Executive of Dodson & Horrell.

“Chatsworth enables us to meet our customers and to help with any nutritional advice or queries. We are dedicated to supporting the horse’s needs.” 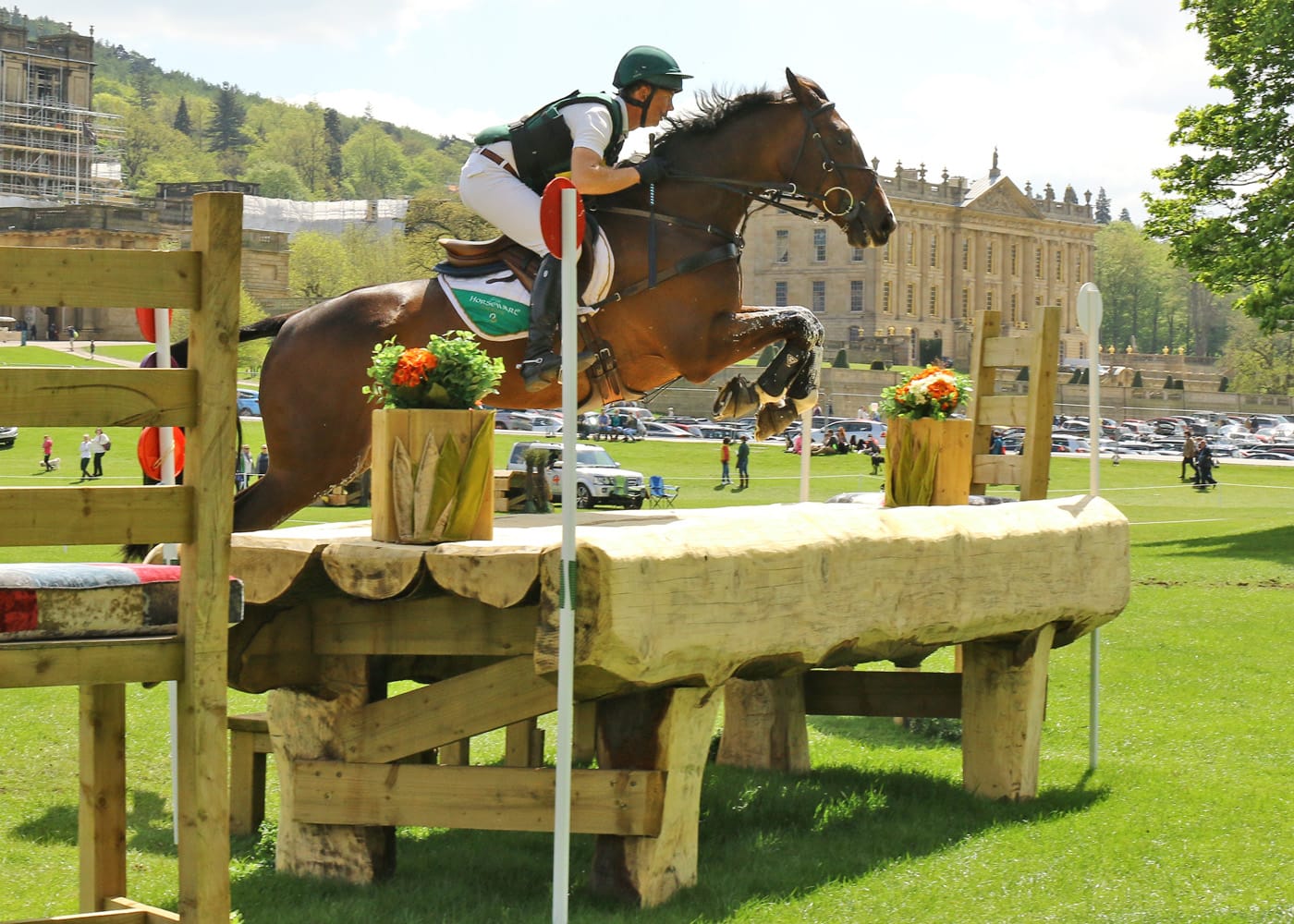