The January Dodson & Horrell Employee of the Month award has been presented Michelle Kramer.  The award recognises and celebrates the hard work and dedication that the staff at 12-time Champion Trainer Paul Nicholls’ yard put in to get the horses to the track in peak condition.  Harry Derham, Assistant Trainer and his panel of selectors, which includes pupil Assistant, Charlie Davies, chose the winner and Harry presented the prize.

Harry commented, “We would like to present The January Employee of the Month award to Michelle Kramer. Through the early part of the year the whole team worked very hard as a few of our employees were in self isolation which meant plenty of extra work to keep the show on the road. During this time Michelle remained positive, worked hard and ensured the tasks on the yard were completed with a smile on her face.”

Michelle has been with the team for a number of years now and looks after the following horses: 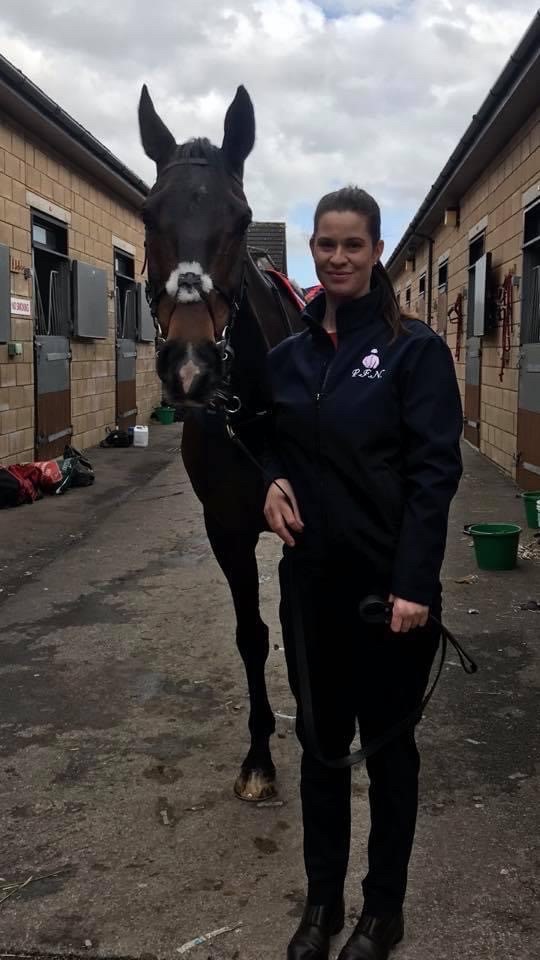