A familiar face crosses the line for the second time

The sun shone on a bitterly cold day at Chaddesley Corbett racecourse for the fourth instalment of the Dodson & Horrell PPORA Members Club Novice Rider Series qualifier hosted by the Albrighton & Woodland (North) on Sunday 11 February 2018. The race saw 12 go to post with a familiar face crossing the line first.

The testing conditions saw many of the afternoon’s runners fail to get home however Connor Brace once again rode an astute and measured race to win his second Dodson & Horrell PPORA Novice Riders Qualifier in this series. Keeping William Money (IRE) handy throughout, he joined the leaders across the back on the last circuit before asserting as they climbed the hill for the final time. Turning for home they were firmly in command as they crossed the line, a comfortable three lengths clear of Sacre Toi (FR) who ran a sound race giving his rider George Daly his best result to date.

“He was on pins last night thinking the meeting might be off, but he’s cool as a cucumber in a race,” said delighted owner-trainer David Brace following his grandson Connor’s fourth win of the season.

“Many congratulations to Connor and William Money. It’s a great result to win one race but to win two in the series is commendable. We look forward to seeing him at final at Garthorpe.” Commented Amie Hicks, Dodson & Horrell Performance Horse Specialist. 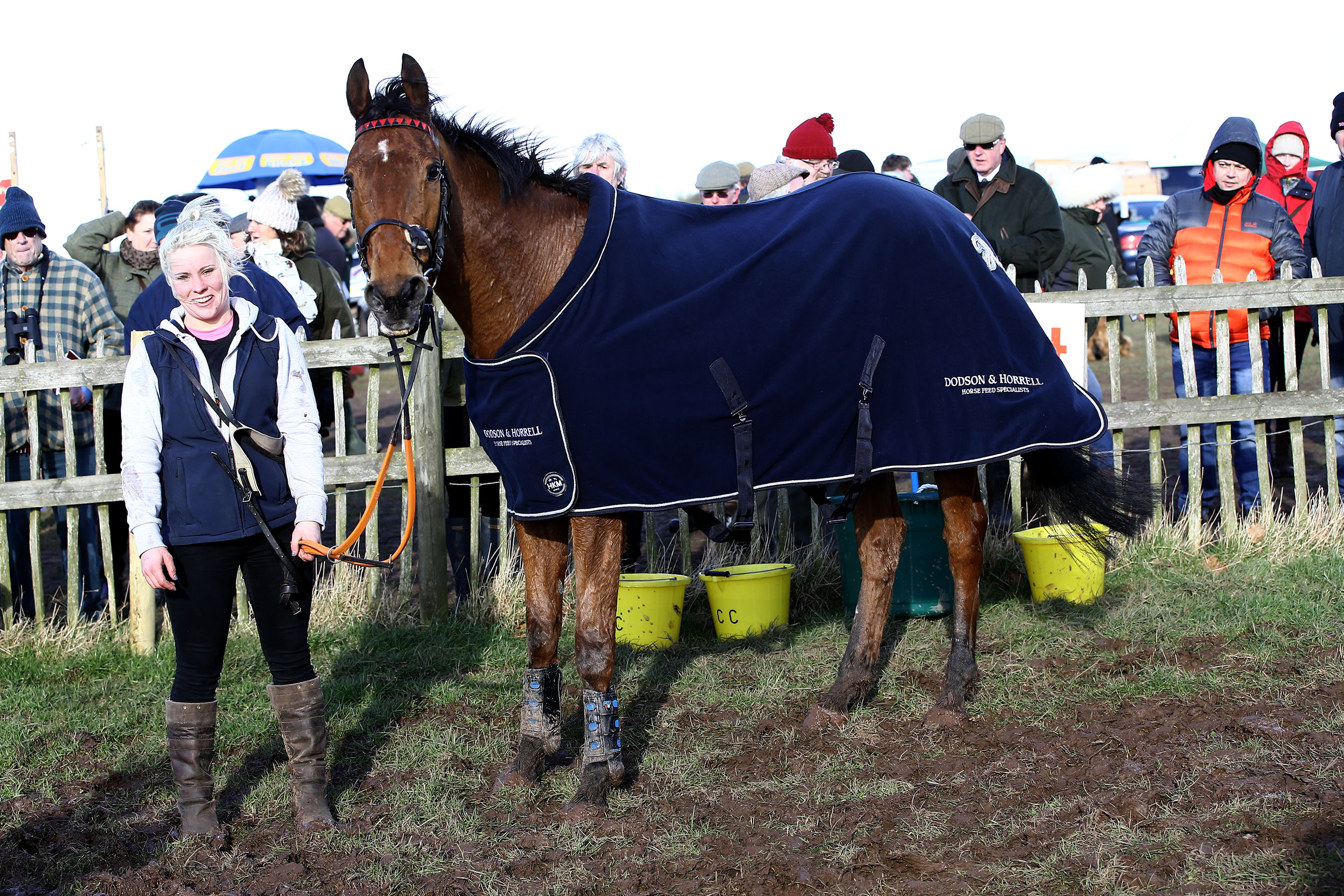