Well that's it for the Dodson & Horrell National Amateur & Veteran Championships for this year, and what a year it was! It’s been a very eventful competition for Boy and I. We arrived on Tuesday and got Boy settled into his new stable for the week, I think he loved it and would've liked to have kept it! On Wednesday we had a fantastic day starting with a lovely clear round in the warm up class and then came 18th in the Dodson & Horrell National Amateur 0.85m Grand Prix Qualifier, even winning us some money!

The second day didn’t go as well. I decided to have a go at the 1.00m Hazelden UK Challenge class. Boy and I were off to a good start having gained a clear round in the first phase. In the jump off phase Boy and I parted ways and I ended up landing head first over the jump! The paramedics decided I needed to go to hospital to be checked over. The Doctor checked me over and I had X rays and was sent away with bruised ribs and a sore back and I was even back in time for the Accumulator class. I chose to give my back a rest and sit the Accumulator out.

Saturday was a rest day and all the excitement turned to Sunday for the Grand Prix finals!

We were unlucky in the Dodson & Horrell National Amateur 0.85m Grand Prix Final, we got all the way through to the jump off to just have one fence down with a quick time - never mind we gave it a go!

I was very proud of us in the 1.00m Hazelden UK Challenge class, it was the biggest and strongest track I've ever jumped but I put my trust in Boy and we came away with just two fences down, which was quite respectable as it was a tough course.

So it’s back to the daily grind but I still have lots of plans for me and Boy. In 2016 I would love us to be able to compete at Hickstead, Scope and of course Dodson & Horrell National Amateur Championships. We still have one more qualifier and then we get a nice rest over Christmas.

I would like to say a huge thank you to all the staff and officials at Aintree International Equestrian Centre; you were all polite, very efficient and put on a brilliant show. Thank you to the paramedics who were very professional and worked very hard that week. And last but not least thank you to Dodson &Horrell, I've had an amazing time blogging and being part of all the excitement, but also the show is made very special by the sponsorship and thought that's put in. I can say as one of the competitors it’s a brilliant show to be part of.

Thanks from Eloise and Boy 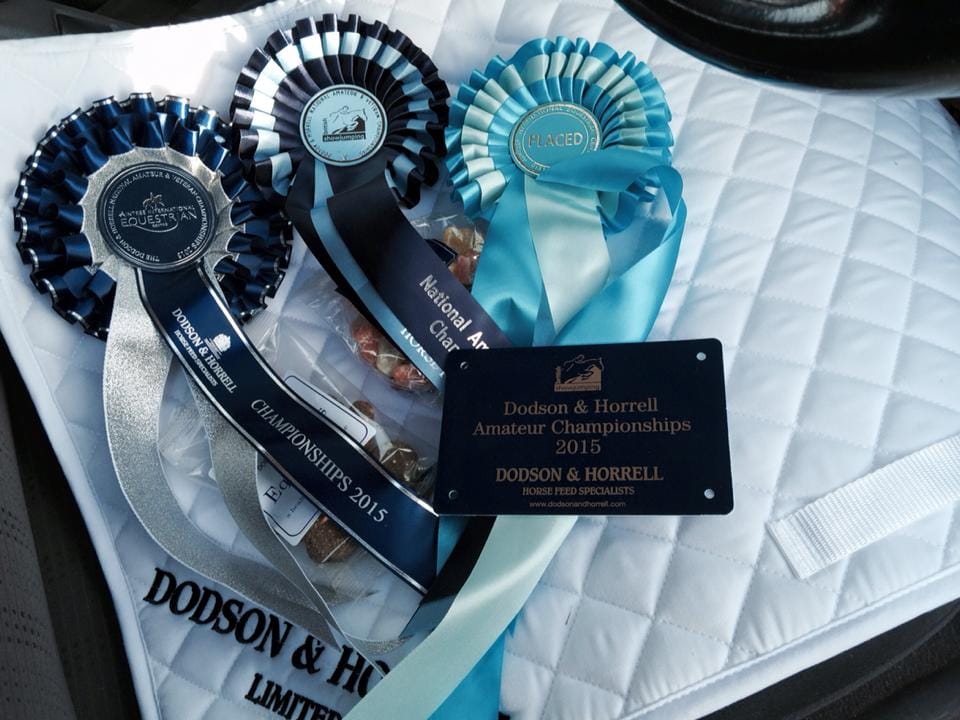