Competition hots up at Chatsworth

Competition is underway at the Dodson & Horrell Chatsworth International Horse Trials and all is set for two days of thrilling cross-country action in the spectacular setting of the Duke and Duchess of Devonshire’s parkland near Bakewell, Derbyshire.

One section of the prestigious Dodson & Horrell Challenge, an international three-star (advanced) competition, is well underway and a new name, Swedish rider Therese Viklund, is in the lead after dressage on Diabolique.

Snapping at her heels are leading British lady riders Ros Canter, Kitty King and Pippa Funnell – just some of the world’s top riders competing at Chatsworth this weekend along with former world number one William Fox-Pitt and top New Zealand riders Jonelle Price, the recent Badminton winner, her husband Tim, Andrew Nicholson and Sir Mark Todd, who has yet to add a major class at Chatsworth to his illustrious CV.

For the second year running, Joanne Pullan from near Bramham, Yorkshire, was successful in the Dubarry Burghley Young Event Horse qualifier, this time taking the five-year-old class, again with Samantha Jimmison from Doncaster, South Yorkshire, in the saddle.

Joanne’s horse, Diamonte, a bay mare by Diarado, was produced as a four-year-old by Judy Bradwell, a supremo in these classes, who is on duty at Chatsworth in her role as a New Zealand team selector looking ahead to the World Equestrian Games in the USA in September.

Caroline Basnett of Brookfield Sport Horses in Alderley Edge, Cheshire, also booked a ticket for the BYEH finals at Burghley with first place in the four-year-old class on the delightful, mealy-nosed Justice RV (stable name ‘Frank’), a horse she owns jointly with Amy Sykes, who bought him in Europe.

This was only Frank’s second competition - he was broken in just eight months ago. ‘You never know quite what you’re going to get when someone sends you a horse to break, but he has a lovely temperament,’ said Caroline. ‘He was bought to produce and sell on, but we might keep him now.’

Tomorrow, Saturday, there will be a continuation of the dressage phase for the Dodson & Horrell Challenge, plus for the first leg of the 2018 Event Rider Masters, a valuable series for the world’s top riders, and cross-country and showjumping for novice and advanced horses.

But the weekend isn’t all about equestrian sport – there’s plenty to keep everyone in the family happy, including the Yorkshire Countryman, with his spaniels, ferrets and birds of prey, the Paws for Thought dog display team, the hilarious and informative Sheep Show, plus have-a-go Autarky dog agility and pottery painting.

‘It’s been an excellent first day at the Dodson & Horrell Chatsworth International Horse Trials, which has set the stage for an action-packed weekend,’ commented the title sponsor’s CEO Sam Horrell. ‘Chatsworth provides a unique backdrop for this very special event. We’re all looking forward to a great weekend of competition and family entertainment which we’re pleased to be a part of again.” 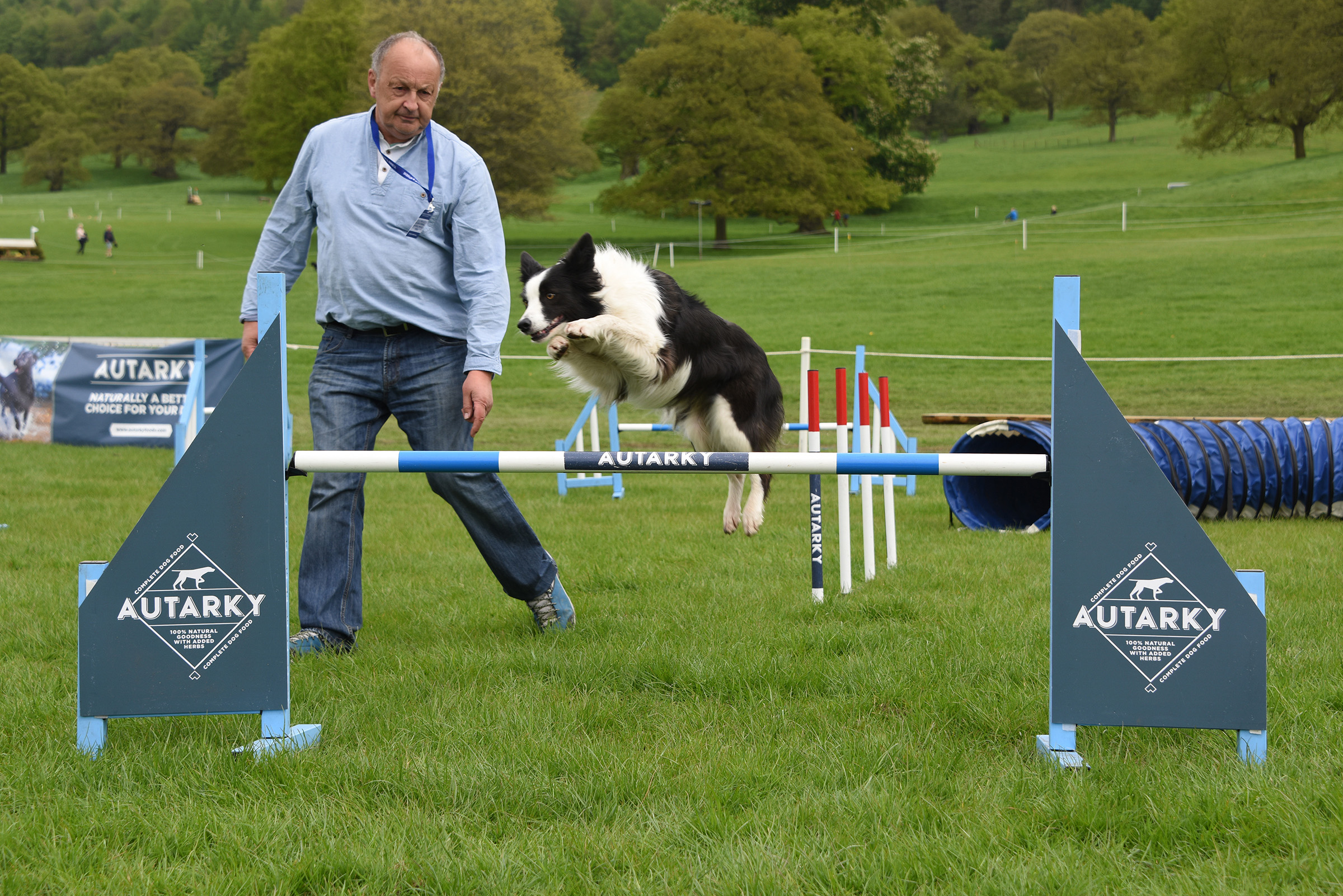