Emlyn was nominated for his first time out success with the now 7 year-old Ballycash, an easy 15 lengths winner in the Hursley Hambledon Restricted Race at Larkhill on December 3rd .

It was also a great start to the season for jockey Jordan Williams giving him a career first in Points having recently returned to amateur status after a spell as a Conditional with Paul Nicholls.

Retired Technology Teacher Emlyn trains from home doing all the work – bar the race riding – himself.

“I’ve just got the one horse, and he’s kept in a stable in the back yard of my house. When I look out the backdoor he’s there with his head over the door waiting to be fed. I hack him round the village and in the nearby Country Park. Then my very good friend trainer Bernard Llewellyn lets me use his gallop” said Emlyn.

“I got involved with horses through my daughter and the Gelligaer Farmers Hunt. I was a Welsh Cob man at the start, then one day a friend of mine said “why not try Thoroughbreds?” and took me to a farm where there was one for sale. I had a ride and he asked me what I thought, I said “It’s like getting out of a mini and into a Porsche.” I never looked back and I’ve been a Thoroughbred man ever since. It snowballed from there and I’ve been doing it 35 years all on my own.

The first one didn’t make it to the track, I trained it for the Members’ and it threw a splint schooling. Then I went to Ascot and bought a young horse that won me 3 races in the 80s and I was hooked. There’s been several since, the best was Gilzine who won 5 points and was runner up in 2 hunter chases including the Dunraven Bowl back in 2006. My last winner was Leprechaun’s Gold back in 2012, since then I had lots of placings with Earth Tremor but could never manage a win with him.”

A winner of a 3mile, 4 Year Olds Maiden under Derek O’Conor in Ireland in September 2015, Ballycash amassed 4 third placings in Bumpers and sub 3 mile hurdle races for Nigel Twiston-Davies and caught Emlyn’s eye when finishing 4th in a 2 ½ mile Selling Hurdle at Ffos Las in June.

A step back up in trip to his former winning distance appears to have suited and future plans include a return to Larkhill to contest the Intermediate on January 27th.

Dodson & Horrell are proud to support the monthly Owner Trainer Award which was set up to recognise owner trainers of Point To Point horses who go above and beyond and show a real enthusiasm for this unique sport. 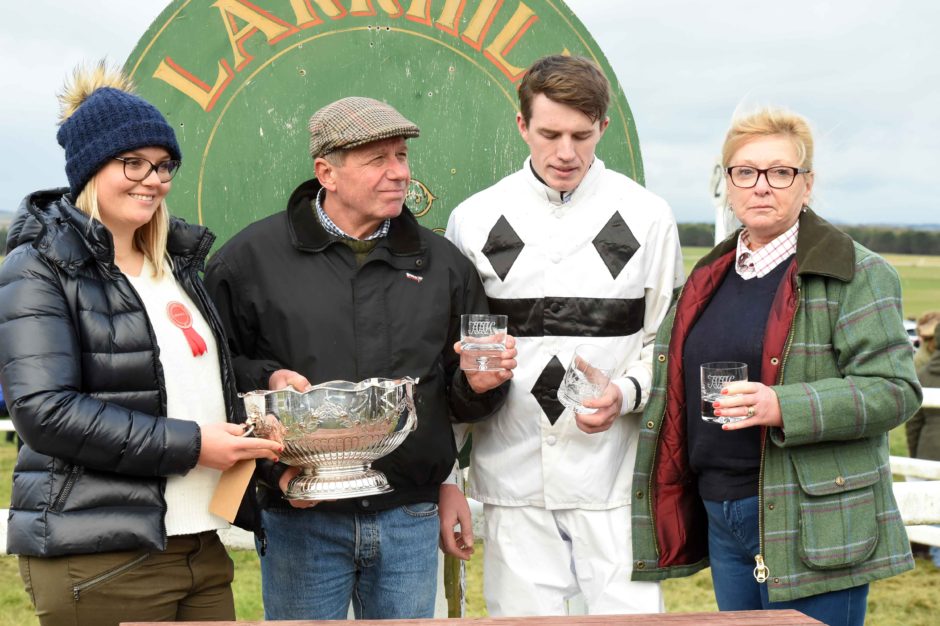