I have mainly hacked Johnny in the attempt to get him fit for the Dodson & Horrell National Amateur & Veteran Championships.

I live by the Long Mountain in Shropshire so we have challenges to see how far he can trot up the hill, but as he is very lazy it is usually me who is puffing the most! I don’t jump him at home, at his age (17 years old) he should know what he’s doing and he jumps much better fresh. However, I do canter lots of circles in the arena, he gets in such a steady rhythm I think I could drink a cup of tea and put my feet up!

My other horse Lissie is much easier to keep fit; being a little thoroughbred type she is always on her toes. I do train more with Lissie as she has been difficult to contain her enthusiasm so after lessons I go to the arena and follow some simple exercises, mostly stopping! It is mainly canter work over poles on the floor to educate her to listen and turn after a fence. Very occasionally she has a peep at water trays so the trusty piece of blue plastic makes an appearance to reassure her, and me, as an unexpected stop in the ring has been known to land me in the drink and it hurts much more at my age!

I like to keep my horses in the field as much as possible, although Johnny has to have rationed grazing but the recent wet weather has forced me to keep them in at night and put them out in a level drained turnout with a shelter in the day. Our ground gets very muddy due to being clay, so the turnout has been a godsend it gives them a chance to stretch their legs, have a buck and a roll or admire the view as with these dark nights I am unable to ride after work.

I have bought myself a new riding hat to conform to the new British Showjumping ruling which comes into operation in January 2016 and a smart new coat for the finals. The only trouble is I am superstitious about wearing new things so I wanted to wear them before the finals, so I decided to go to Aintree again. I also wanted Lissie to jump a bigger track as the Major Veteran class at the Championships is 1.20m. So not feeling over confident, I entered my number...13! And with a water tray right by the exit gate, I was a little apprehensive!

Unbelievably everything went superbly and we jumped a double clear and finished second, the only blip was I forgot to undo the stitching on the back vents of my coat and left the label on!

So it’s just a few days to go now until I travel to Aintree International Equestrian Centre, I can’t wait to join my friends old and new who I have met by competing at these amateur shows. They are always there to help the aged, be it legging up, holding, loading, lifting or corking the odd celebratory bottle of fizz! We have even had a horse themed hen night at an amateur show; we like to make it fun.

It may be fun but it is also hard work, but when you are passionate about your hobby you take the ups with the downs. So fingers crossed, we have a successful and enjoyable show. We look forward to seeing you all there. 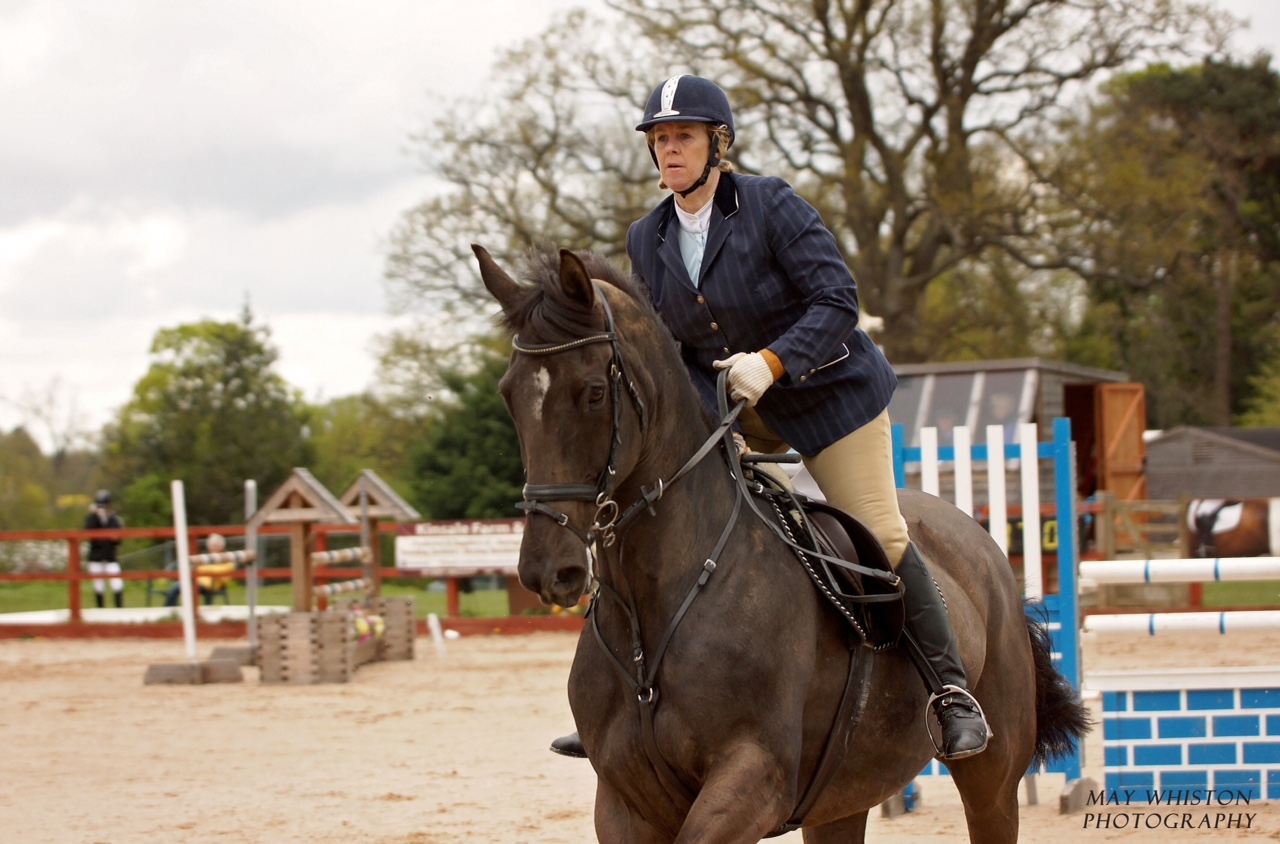