Oakley was the sixth of 12 qualifying races in the Series with a strong field of 14 riders taking part in the Point to Point Owners and Riders Associations (PPORA) Club Members – Novice Riders Series.

Solly Wood, who broke his neck and back in a schooling fall on Christmas Eve 2015, completed a remarkable comeback by riding his first winner on eight year old For 'N' Against. The 22-year-old spent seven weeks in the Great Western Hospital, Swindon, with his injuries following the accident on the gallops at Alan King's Barbury Castle stables.

After making a full recovery he joined Alan Hill's Aston Rowant yard in Oxfordshire five months ago. And all his efforts were rewarded when he partnered For 'N' Against, formerly trained by David Pipe, to a one-length success over Kimora for Alan, who owns and trainers the horse, on just his second ride in the Dodson & Horrell PPORA Club Members Novice Riders Race.

“It's a dream come true,” said Wood. "I have been waiting for years and years for this opportunity and to finally be here and do it is brilliant. Hopefully there will be many more to come." Reflecting on the fall which left him in a neck brace for almost five months, Wood, who hails from Weston-Super-Mare, added: “I had three fractures of my neck and six down my back. It was touch and go as they couldn't work out how serious it was. At one point I thought I would not ride again.

“Then there was a point when I was thinking of getting back on a horse and wondered whether it was all worth it or not, but when I went back on the gallops I thought I love this to bits and I wouldn't change it for the world,” Alan Hill added: "It is a day he will never forget. Full marks to him."

Solly and For 'N' Against have now qualified to go forward to the much coveted Dodson & Horrell PPORA Novice Riders Series final in May 2017, to be held at Garthorpe near Melton Mowbray in Leicestershire. The venue boasts a central location and Garthorpe has a sound reputation for producing good ground, even in a dry spring, and its watering system is a key factor in achieving that aim.

Matthew Brand, Dodson & Horrell’s Commercial and Category Manager commented “We are now in the 30th year of sponsoring the Series and it gets more competitive each season. We are looking forward to an exciting fixture list with five more qualifiers before the final.” 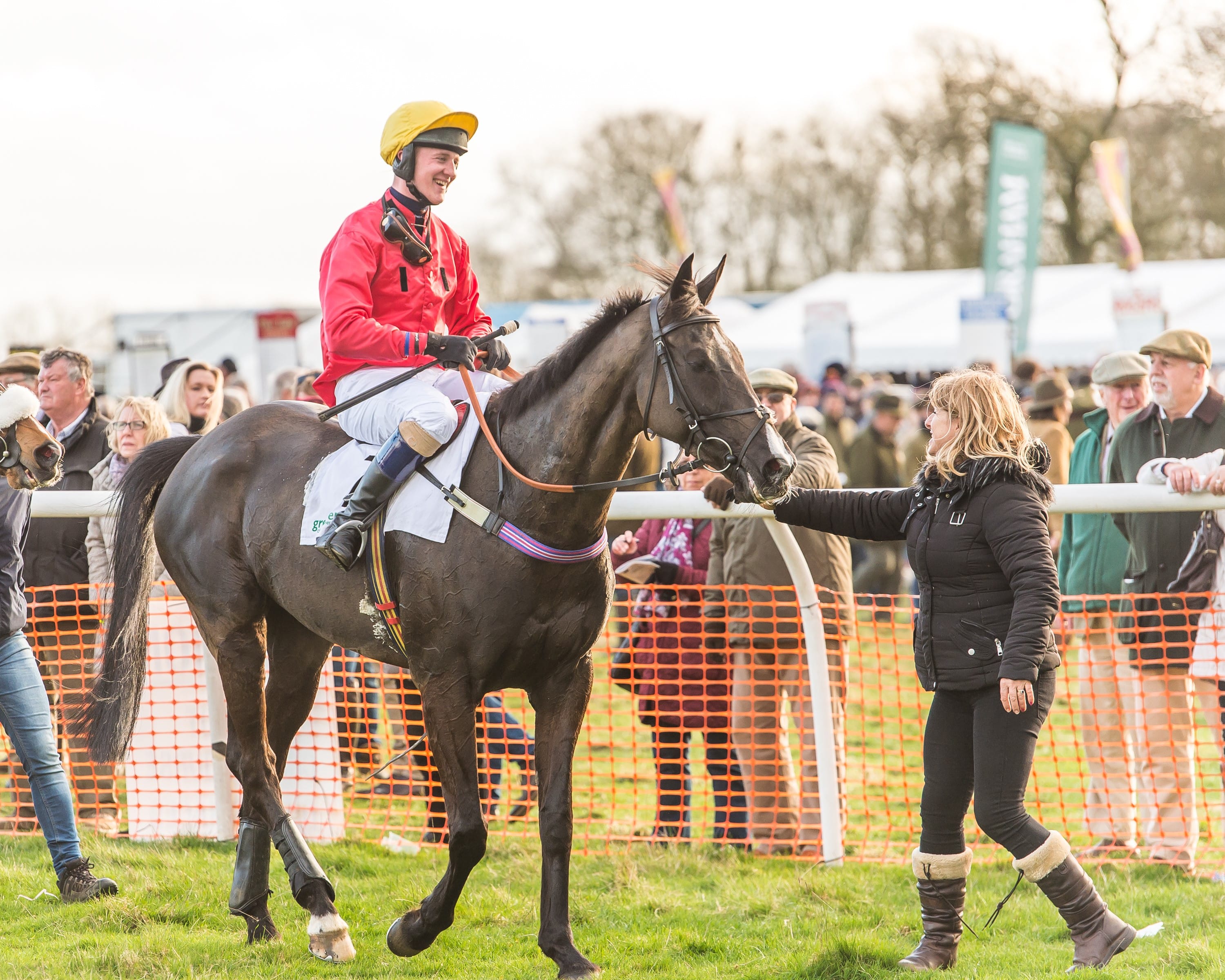