Stowell Hill Stud, based in Templecombe, Somerset, saw their homebred 10-year-old mare Coplow, who’s fed on Dodson & Horrell, fetch the top price on the second day of the Tattersalls December Mares Sale. The mare who is currently in foal to Juddmonte stallion Kingman sold for 2,100,000 guineas.

Stowell Hill Stud was started by Bob McCreery and his wife Jeanette 30 years ago, although a relatively small stud, they have enjoyed great success over the years including being awarded the 2019 Thoroughbred Breeders Association Silver Rose Bowl for TBA Flat Breeder of the Year in recognition of their outstanding success with Coplow who produced last year’s QIPCO 1,000 Guineas winner, Billesdon Brook.

Bob McCreery sadly passed away in 2016 and the stud has continued to operate under Jeanette with Stud Manager David Ludlow. For 30 years Stowell Hill Stud has been feeding Dodson & Horrell to their mares and youngstock.

David Ludlow, Stud Manager, comments on the sale, “This has been a great achievement for all involved. Coplow is a lovely mare and she has bred some beautiful fillies.”

David remarks on the stud’s longstanding association with Dodson & Horrell, “All the horses receive a mix of Stud Muesli, Stud Cubes and Fibre Fusion. It provides our horses with the right nutrients and I make adjustments depending on each animal. Coplow’s Dam, Anna Oleanda, was fed on Dodson & Horrell as is Billesdon Brook, so we have fed three generations on the brand and I have no plans to change this.”

Stud Muesli – is for broodmares and stallions, specifically designed to support fertility and foetal development.

Stud Cubes - is a complementary feeding stuff specifically for mares and stallions with key amino acids.

Fibre Fusion – Low starch and high oil blend of super fibres with a unique blend of sainfoin, alfalfa and grass chaff for palatability. 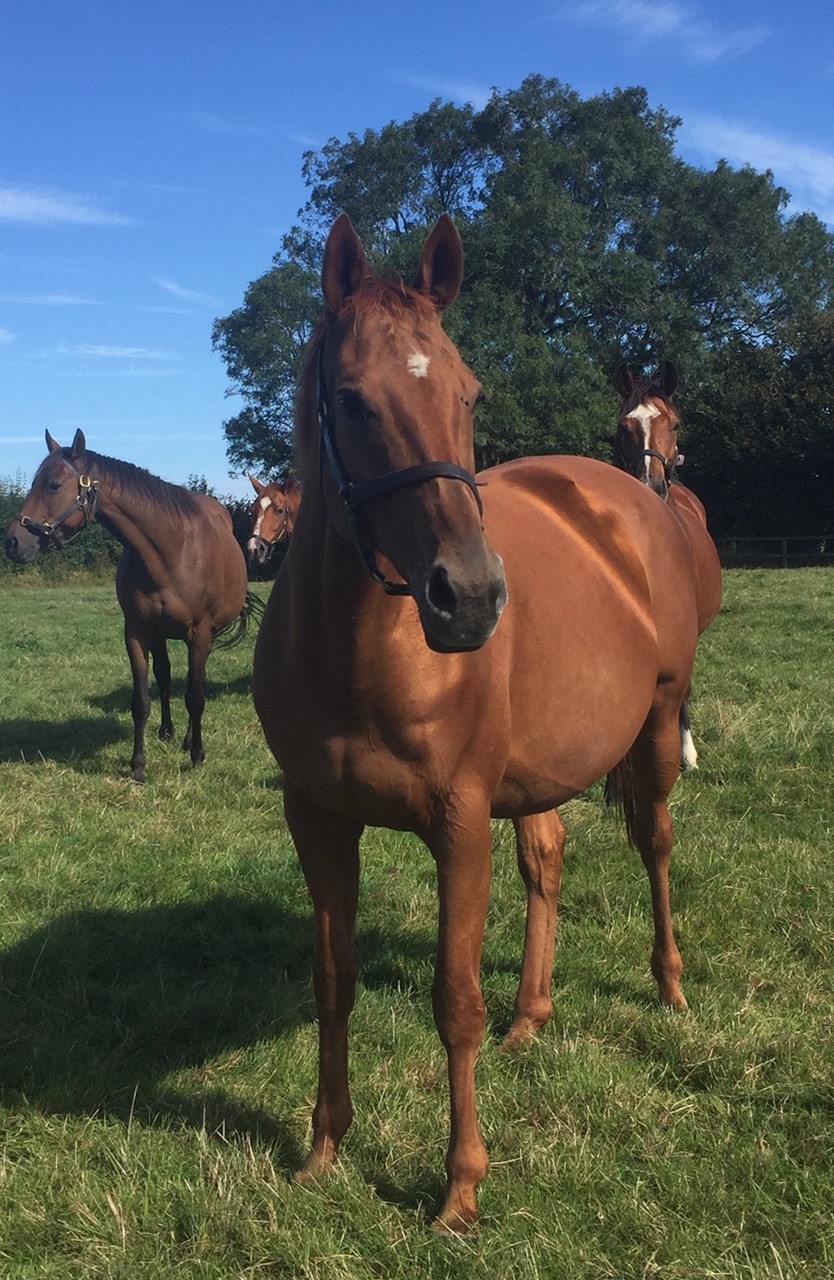