Robin De Boss shows the field exactly who is in charge as he wins the 2018 Dodson & Horrell PPORA Novice Riders’ Series Final piloted by Jamie Hepburn.

Subtitle ridden by Will Marshall threw down the gauntlet making a bold bid to claim the race from the front, the rest of the field were content to follow in his wake until, four from home, Robin De Boss and Jamie Hepburn produced their takeover bid, where they were quickly left at the head of affairs as a jumping error brought an early end to Subtitle’s race.

Down the hill and turning for home Aupcharlie, patiently ridden by Michaela Tallett, looked a potential threat for the race. However, despite holding just half a length advantage at the last, Robin De Boss showed no signs of being under serious pressure and opened up a comfortable two and a half lengths advantage at the line.

“He’s just the same at home, he’s very competitive, and when he works with others he’s the one who always wants to finish in front,” remarked his excited trainer Jo Hepburn, of the only horse she trains for a small group of family and friends making up the Felton, Foulkes, Hepburn, Sunnucks Partnership.

“We’ve had an amazing time this season, and he’s exceeded our wildest expectations from when we bought him,” commented Jo, who purchased the horse at Doncaster Sales.

“We spent two days at Doncaster, watching horses coming and going and being sold to people with bigger budgets than us. I was starting to think I would go back to Dorset empty handed,” she continued, “then, after all the Flat horses had been through, he appeared. We knew a bit about him as he was a local horse to my sister, so we bought him. Look what he’s turned out to be!”

His jockey Jamie Hepburn described the horse as the “perfect weekend rider’s horse.” Robin De Boss has enjoyed the conditions that this season’s wet weather has created. Kicking off with a win at the Dodson & Horrell Novice Riders’ Series Qualifier at Chipley Park, they then went on to win a further three races making them one of the season’s most successful partnerships, winning four races on the trot.

“We are truly amateurs at Point to Pointing,” said Jo. “We’re like something from the archives when there were lots of people on the farms who had just one horse and trained it on their own. These days there are fewer people who do that, and to think we’ve got a horse who’s done what he’s done…. is amazing he’s very straightforward at home, he’s a dream to train. He always works so hard even on his own, it’s almost like he trains himself and I go along for the ride!

“I’m lucky as we have a lovely dry chalky farm, it’s up hill and down vale a bit so we can canter round and up through the woods and he’s getting fit without knowing it. We’ve also benefited from the weather this season, he's loved the conditions it’s produced, but for those with horses who hate the soft going it must have been absolutely tormenting”.

The 400-mile round trip from Dorset to the Final was well worth it and in many ways a return to home turf for Jo.

“It was great to go back to Garthorpe, we’ve been going there since my father (former Amateur Champion Jockey, Billy Foulkes) was riding, it’s also the home track for my sister Helen and my brother-in-law Nick Connors is Chairman of the Quorn Point to Point” who were running the meeting at Garthorpe.

My parents Billy and Diana, who still live locally, have an interest in the horse, as they, along with some friends from Dorset, chipped in to help buy him. They haven’t been able to be there for his other races, so it was such a thrill for them to see him win on their home patch. Being back amongst so many old friends and everyone being there to support and share in the success made the whole thing extra special - a perfect day.

The Final is such a lovely thing to aim for, but we never imagined we’d win it. It’s been an amazing season for us.”

“What an exciting race,” commented Julie Priestley Equine Brand Manager at Dodson & Horrell “Jamie, Robin De Boss and his connections were truly worthy winners. Dodson & Horrell is always keen to celebrate the true amateur nature of the sport and champion the smaller family run yards that provide the backbone of point-to-point racing and this is exactly who won out on the day, well done!” 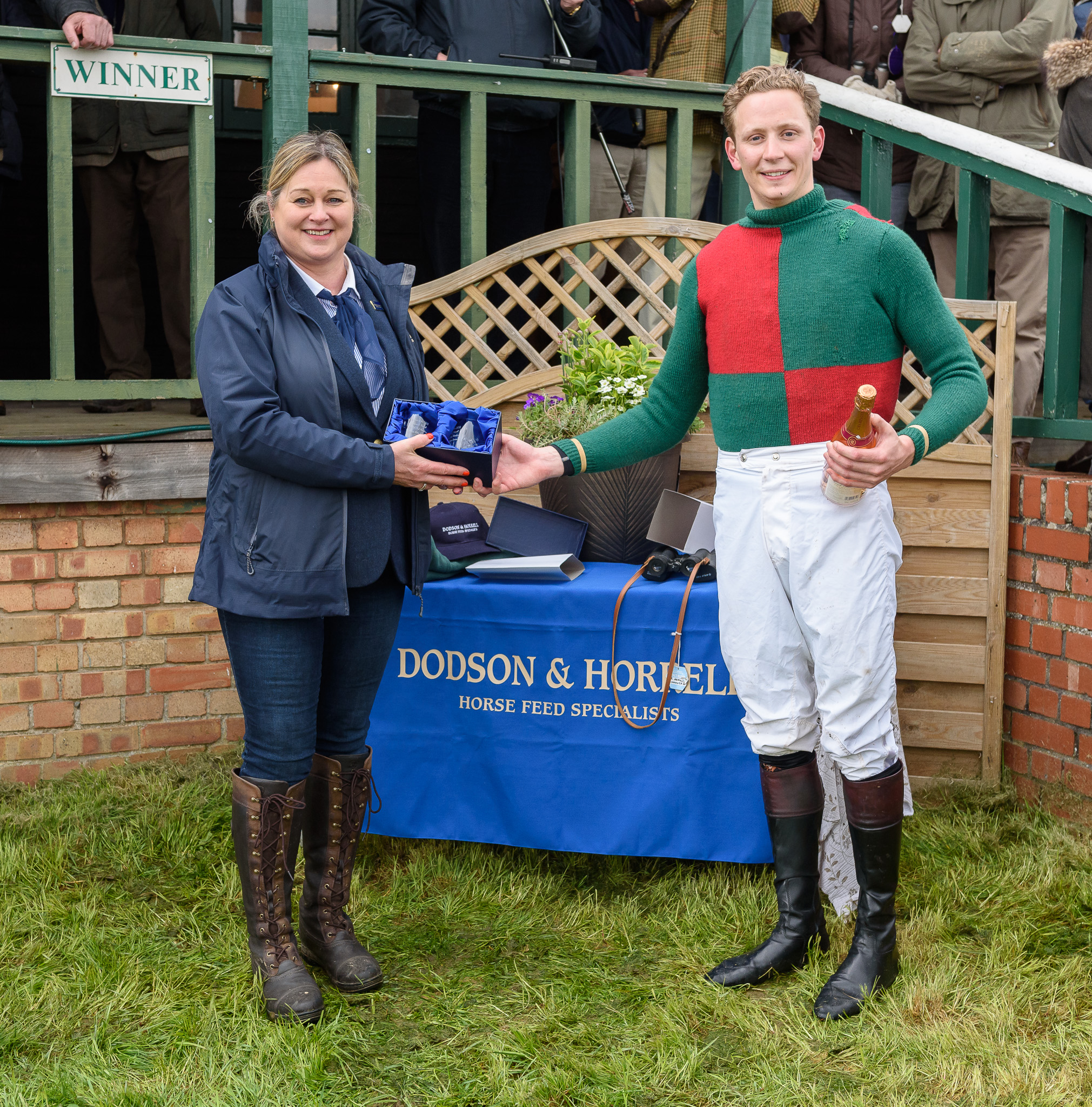