A good days racing was had at the Oakley Point-to-Point on Sunday 20 March at Brafield-On-The-Green, Northamptonshire.

It was the seventh race in the series of 12 qualifiers for the prestigious Dodson & Horrell Point-to-Point Owners and Riders Association (PPORA) Club Members Novice Riders Series. The going was good to soft, the sun shone and there was a great turnout from local point-to-point enthusiasts.

The winner was 22 year old Abigail Banks with her second win this season. The winning horse was Arthur’s Secret, a six year old bay gelding owned by her mother Mrs Caroline Banks and trained by Martin Weston. The combination ran a strong race on this gently undulating, rectangular course and was first past the post by a convincing 30 lengths. This was the second win for the combination who recently won at Thorpe Lodge, Nottinghamshire. Festival Bound came in second place ridden by Miss Kate Gowing owned by Mr C. J. Underwood and trained by Sandra Fryer. Third was given to Buck Magic who was three lengths behind ridden, owned and trained by John Smith-Maxwell. Horatio Caine ridden and owned by Miss C Chugg and trained by Julie Mansell came in fourth.

Chris Gordon, Dodson & Horrell’s Technical Director who presented the prizes on Sunday commented “We are now in the 29th year of sponsoring the Series and it gets more competitive each season. We are looking forward to an exciting fixture list with five more qualifiers before the final.” 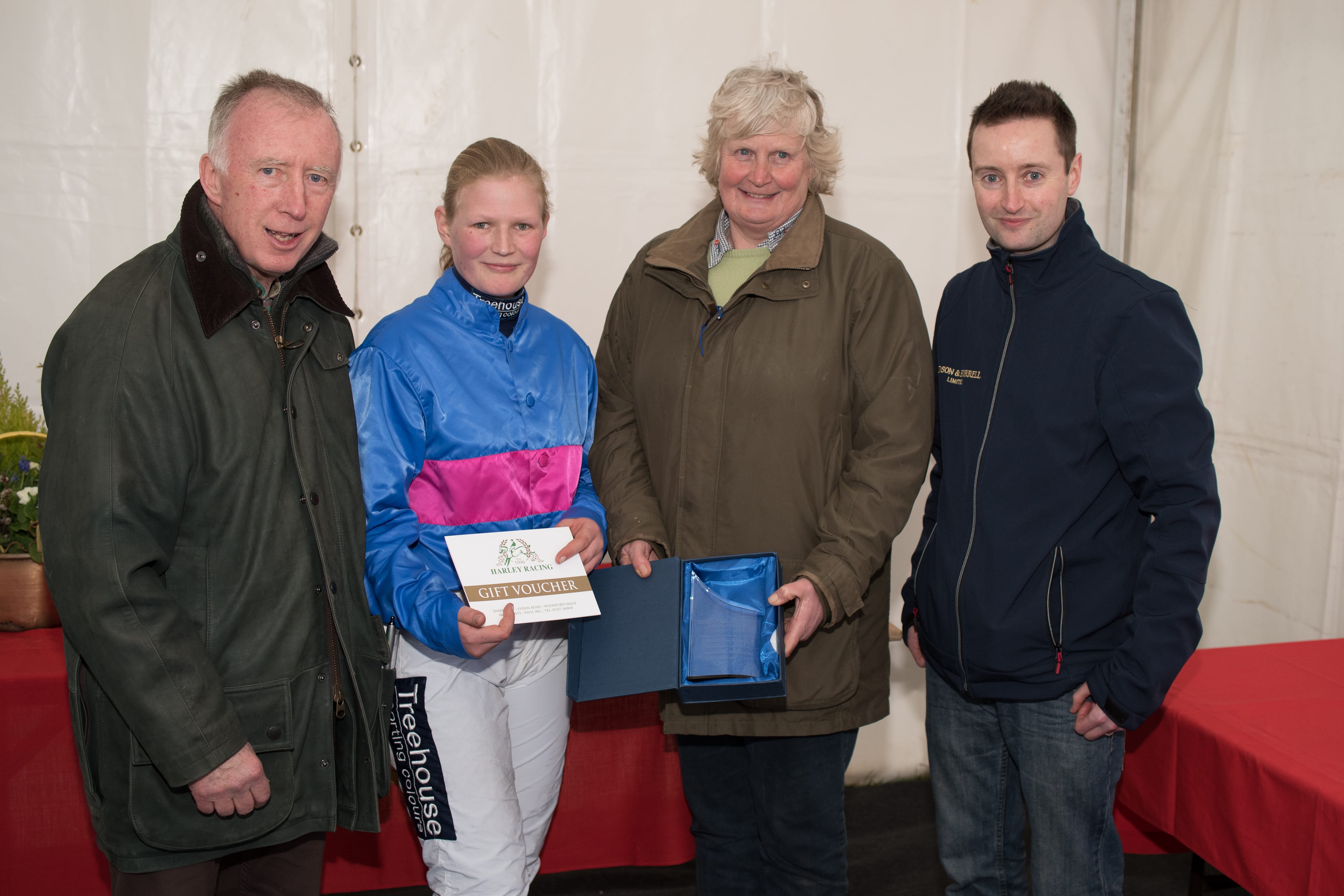