Nine went to post in the sixth qualifier of this season and it was 11 year old bay gelding Abbeyview who took the spoils, under his part-owner 27-year-old Laura Fenwick, who rides out for trainer Ann Hamilton and works on the family yard from where she also competes her own 1-star eventers.

With the final fence omitted due to ground conditions, the extended gallop on the flat from usual penultimate to the finish line tested the winner’s resolve. Two lengths down at the second last the better finishing runner up Lough Derg Island (Alex Chadwick) chiselled steadfastly away at the winner’s advantage but still had a head left to find at the post.

“I wasn’t originally planning to run at Alnwick, but I had a stupid UR (unseated rider) at Overton last weekend so we changed the plan. He ran well at Alnwick in February when we were just a couple of lengths behind Knocklong in the Ladies’ Open and liked the course so I was secretly hopeful, even though the people we bought him from had told us not to bother running him on heavy; that wasn’t really playing to his favour yesterday although they were galloping through, it wasn’t really holding.”

“His jumping is his big strength, he gets away from his fences really well, and we could have done with that last fence to make it a bit more comfortable, he didn’t have quite the turn of foot of the runner up, but we just held on!” said Laura who recorded her third career success.

“We bought him at Doncaster back in August, we wanted one who had the potential to go Hunter Chasing, he’s had a couple of wins in those for his previous trainer Sheila Crow, and we thought he was nice big horse.”

The success was another great example of grassroots family achievement. Abbeyview is co-owned by Laura, her father John and her mum’s cousin Derek Milburn, and is trained on the family yard by Laura’s mother Sarah. Sarah was a Northern Area Novice Champion in the 1980s, an achievement that Laura repeated last year.

Looking ahead a run in the Dodson & Horrell PPORA Novice Riders’ Series Final at Garthorpe on April 29th is on the cards, as is an outing in a Hunter Chase – perhaps at Cartmel where Abbeyview won in 2016 – before the end of the season. 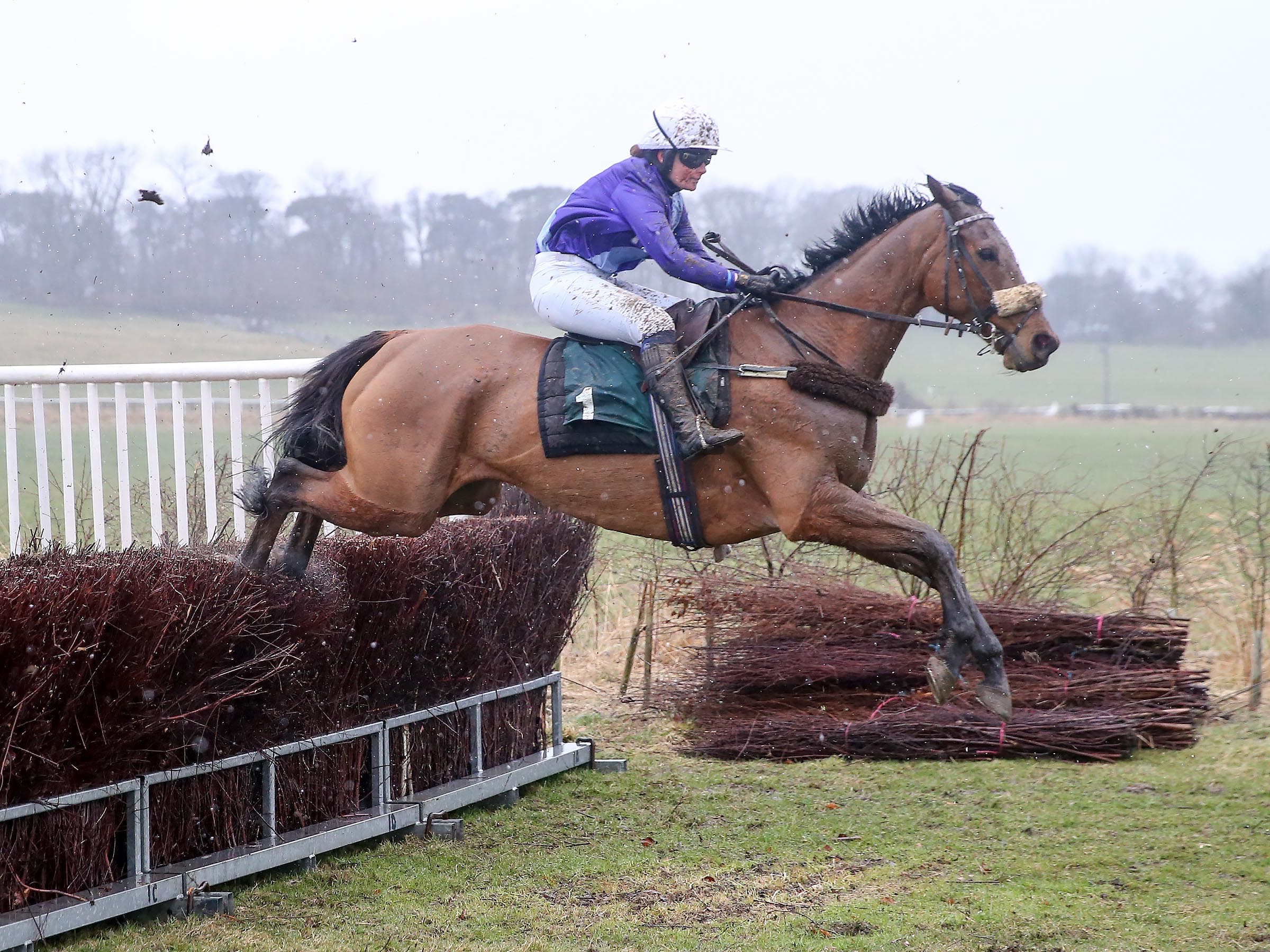