The February Dodson & Horrell PPORA Owner Trainer of the Month has been awarded to Will Ramsay, a polo and bagpipe playing art world entrepreneur – he’s the founder of the “Affordable Art Fairs. An amateur jockey for the past 25 years, he’s ridden in military races, point to points and Hunter Chases including the Aintree Fox Hunters’. This year at the age of 49 Will fulfilled his ambition to own train and ride in the Cheltenham Foxhunters.

Continuing a family association with the military – his grandfather Admiral Sir Bertram Ramsay masterminded the Dunkirk evacuations – Will served in the Royal Scots Dragoon Guards and relishes competing in military races, most recently finishing fifth in the 2018 Grand Military Gold Cup.

Will commented on his experience, “Those races embody the ultimate Corinthian Spirit, the riders are true amateurs serving in the military or if they’ve left they are fitting their race riding around other commitments. They are a forum for Corinthians who work hard play hard and get stuck into a variety of different things.”

As an owner-trainer-rider Will remains as passionate as ever about grassroots point to pointing and is emphatic about the importance of the true amateur whether as rider or trainer to the future health of the sport.

Asked to explain what drives his own long-standing passion for pointing Will says, “It’s the love of the horses and the full day to day involvement in their training and preparation. I keep them 100 yards from my house and I get on a racehorse before work which is a fantastic start to the day. Of course, there’s also the element of excitement and calculated risk that comes from riding in a race.”

He was chosen for the award in recognition of his first owner-trainer double Pyjama Game and Shantou Magic at the Berwickshire. Both horses carried the colours of his late father Charles, a lifelong horseman, amateur rider and point to point stalwart, whose memorial service had taken place the previous day.

“It was a very special day, all my family including my mother and siblings were there and it was very emotional. It also took me one step closer to lining up in the Cheltenham Foxhunters’ as Shantou Magic’s win qualified him for the race. I’d been planning Cheltenham for two years and buying Shantou Magic was part of that plan. We had an interrupted season with him last year but had some problems with his hocks last autumn, so getting him fit and sound for the race is a real achievement.”

The dream became reality with both horse and rider qualified – they raced prominently before pulling up after the 15th fence. 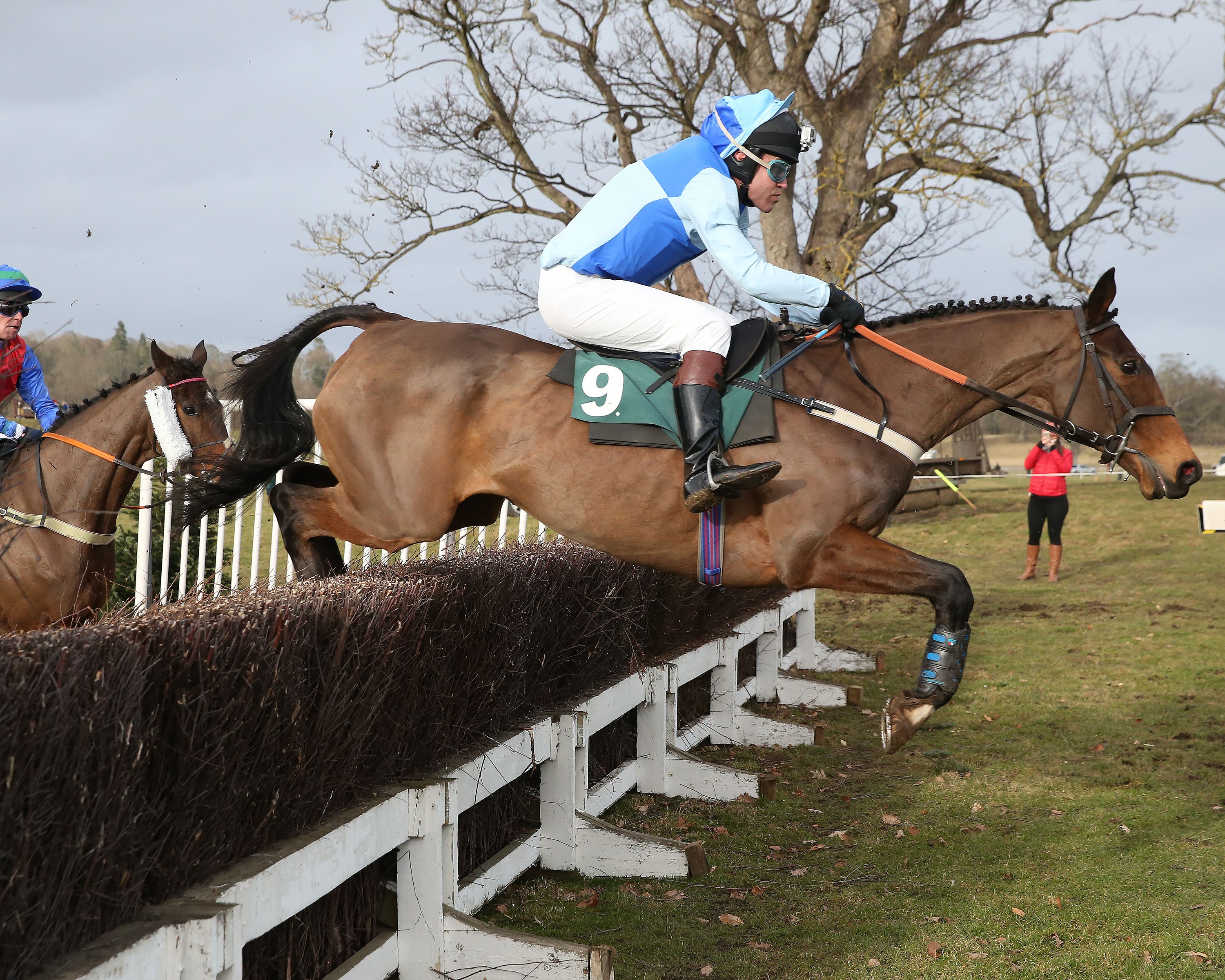