Piggy French on top form with a double at Chatsworth

Piggy French’s brilliant run of form continued with a double of wins at the Dodson & Horrell Chatsworth International Horse Trials. The 38-year-old from Maidwell, Northamptonshire, has spent the week celebrating her first Badminton victory and now, less than a week later, adds a double of international wins with her star horses of the future.

Michael Owen from Keysoe in Cheshire was delighted to score his first international win at Chatsworth, riding Alison Allman’s Hawksmoor. “This is our Badminton,” he said. “It’s a lovely event and so special to win here because it’s always so competitive. Really, I would have been pleased with a top ten result.”

Owen finished on the same score as the talented Australian horseman Christopher Burton, riding Jefferson 18, but took first prize because he was nearest the optimum time. “I knew Chris was 11 seconds inside the time so I had a few seconds in hand to be closer. And I thought Chris had won enough!”

Cotswolds-based Vittoria Panizzon, who rides in the uniform of the Italian police, completed the quartet of two-star winners, riding Mandy Morrison’s Gebaliaretto. Like Owen, she is aiming her mount for the national championships at Gatcombe Park in August.

“Chatsworth is a really good education for young horses,” said Panizzon of 2020 Olympic course-builder David Evans’s course. “It’s challenging but inviting and although there are some big fences out there, they are so well designed that the horses jump them well.”

Katie Magee scored one of the biggest wins of her career, taking a competitive advanced section on Dollarney and beating Japan’s Kazumo Tomoto on Vinci de la Vigne by the tiniest margin of 0.1 penalty.

Tomorrow is the turn of the four-star horses to run across country over five-time Olympian Ian Stark’s track. Tomoto still leads one section of the prestigious Dodson & Horrell Challenge, from Britain’s Pippa Funnell on Billy Beware, while Julia Krajewski from Germany, a specialist at this level, is at the head of affairs in the other on her top horse Samourai du Thot.

“We are excited to have so many world class riders competing here at Chatsworth over the weekend, demonstrating the high esteem in which this competition is held,” said Gemma Schwarz, Head of Marketing at Dodson & Horrell.

“Congratulations to all our winners today, who have clearly shown their skills across the three disciplines against some tough competition. We now look forward to the final day of action tomorrow and wish good luck to all taking part.”

Hashtag on all three channels: #DHCIHT 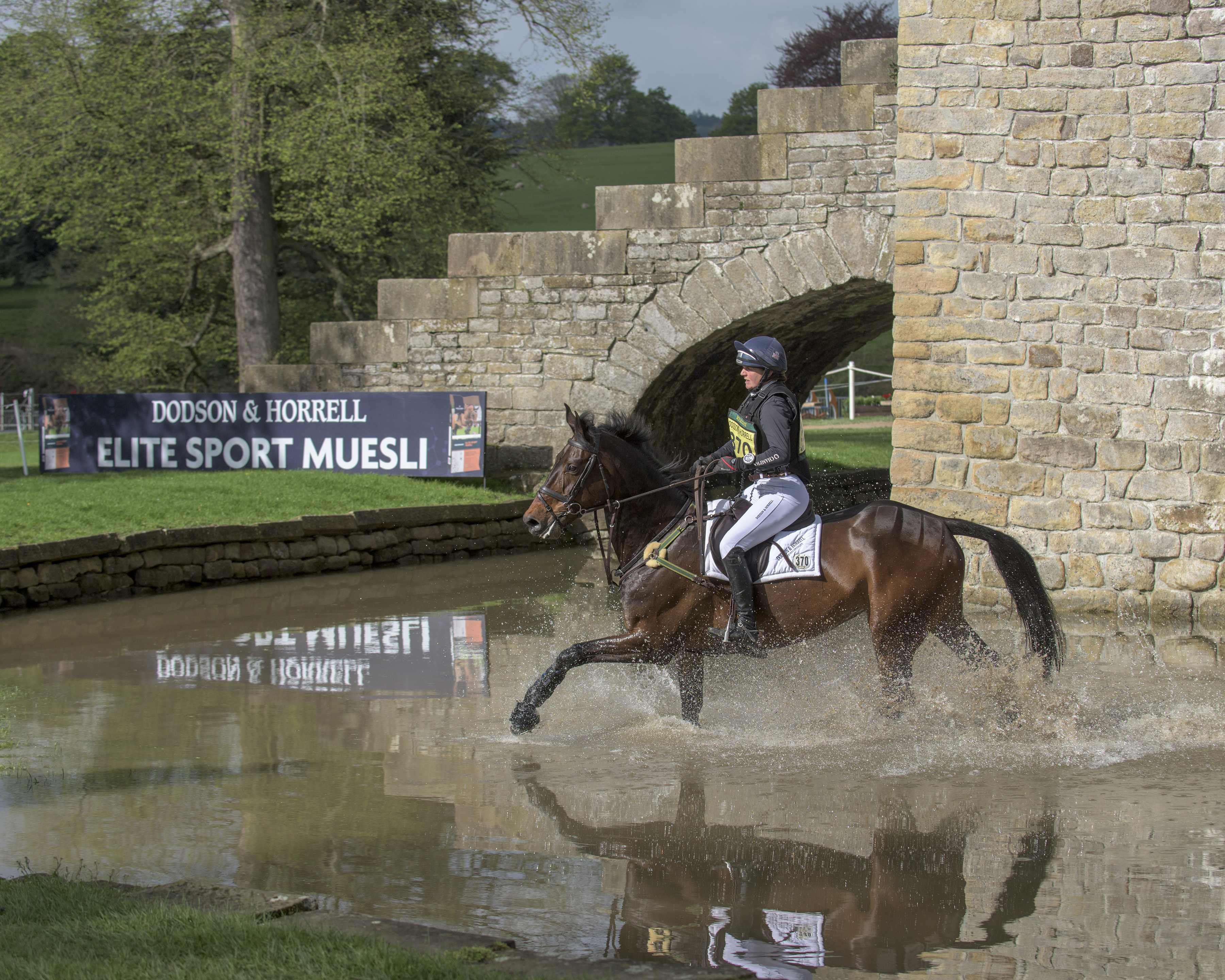