The hero of the day was 16-year-old Connor Brace, who rode his first winner over fences, just seven days after having his first rides in points. He was successful on William Money (IRE) – on whom he was second last week (at Bishops Court) – for his grandfather, long-time pointing supporter David Brace, in the 12-runner Dodson & Horrell (whose sponsorship of the sport is almost twice as old as Connor!) Novice Riders race. The contest looked to have got away from the odds-on favourite after Tim Gredley kicked Just Cause (IRE) into the lead at the ninth and went clear three fences later but Connor showed he has a cool head, staying in touch with the leader and heading him two out, scoring cosily in the end by eight lengths. The fast-finishing Vaillant Creek (FR) was a further 15 lengths behind in third.

“That was fantastic – the most pleasure I’ve ever had from a race,” commented a visibly emotional David Brace. “Connor rode a lovely race. It sounds blasé, but I wasn’t worried (when Just Cause went clear). He knows about pace from his pony racing, the horse stays forever, and he always had the leader in his sights.” David was also unfazed by bringing William Money out so soon after his previous race, laughing, “I was more concerned about Connor winning!”

“The plan was to jump off handy and blitz the others, but I just sat quietly as I knew he’d keep galloping,” was Connor’s verdict on the way the race unfolded. David had two entries and Connor admitted, “I wanted to run the other one, but Grandad told me to run William Money.” Despite his youth, Connor has plenty of experience, having been riding in pony races since the age of nine winning 45 races in that sphere. He has spent time with Philip Hobbs but is back with David for the pointing season, where he hopes to follow in the footsteps of James Bowen as champion novice rider. And he has a commendably mature attitude to his future. “I’ll see how I get on, I’ll probably do a second season pointing before turning conditional – Mr Hobbs will let me know when I’m ready.”

“This is what it is all about for Dodson & Horrell, we enjoy supporting such young talent coming through and watching them go on to have successful careers in racing. We look forward to seeing Connor and William Money at the final in May. This has kick started the season for us and we eagerly await the next qualifier in January at Chipley Park,” commented Julie Priestley Dodson & Horrell Equine Brand Manager. 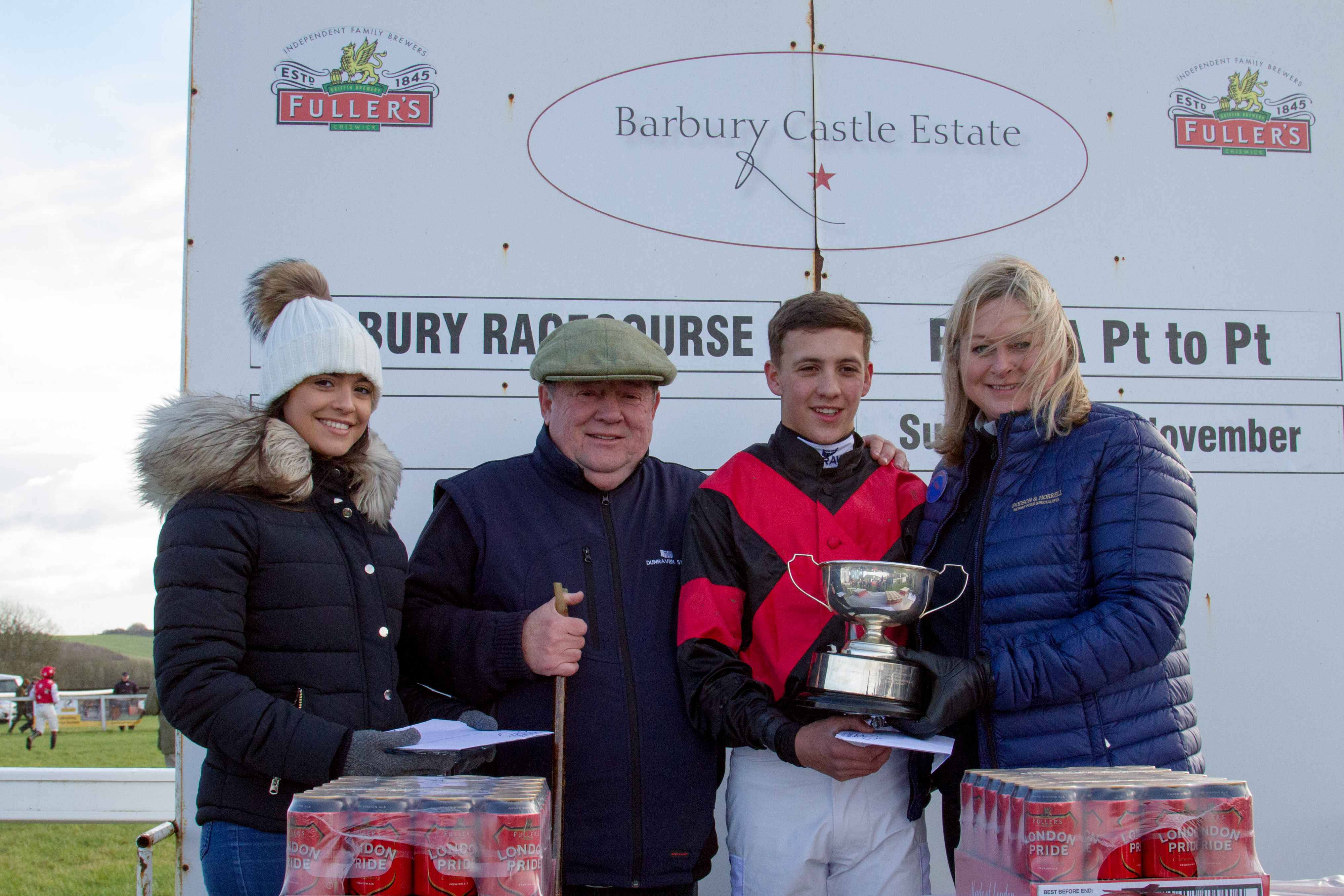