Dodson & Horrell announces a one year sponsorship deal with Arena UK, the largest equine showground in the United Kingdom, commencing from 1 January 2018.

Arena UK has unrivalled equestrian facilities boasting Europe’s largest outdoor all-weather surface arena and an attractive and bright indoor arena with its adjoining collecting ring. The indoor facilities include viewing galleries, a restaurant overlooking both the collecting ring and arena and a substantial VIP area.

“Dodson & Horrell is pleased to be sponsoring Arena UK. We are excited with this new partnership and to be a part of the programme of events that take place at this much coveted venue. The team at D&H look forward to working with Arena UK over the coming months,” commented Sam Horrell, CEO at Dodson & Horrell.

Dodson & Horrell has many long-standing sponsorships in equestrian sport and has a heritage in supporting British talent across the board. Their Brand Ambassadors cover many disciplines and their sponsorships range from the Dodson & Horrell Chatsworth International Horse Trials to point-to-pointing and World Class Driving.

Dodson & Horrell will have branding presence at all events held at Arena UK in 2018 including supporting the exclusive ‘Dodson & Horrell Owners’ and Riders’ Pavillion’, where members are able to take some time out to relax and enjoy the competition in a fully catered ringside marquee.

The Arena UK 2018 calendar includes some of the most exciting shows on the equestrian calendar, such as the Festival of Showjumping in September where Dodson & Horrell will also sponsor the Puissance and the Six Bar Challenge which will be streamed live in 2018 for the first time.

Teresa Stratford, General Manager of Arena UK commented “We are looking forward to welcoming Dodson & Horrell on board as a Business Partner with Arena UK. With the Dodson & Horrell Head Office based just down the road we hope that the team will come along and support our programme of events in the forthcoming year. We look forward to 2018.” 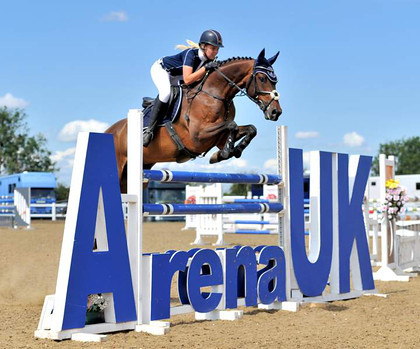