Hundreds Take On The D&H Eventer Challenge At Blenheim

Three days of action took place in the Bladon and Hensington arenas at the SsangYong Blenheim Palace Horse Trials.

Sam Horrell, CEO at Dodson & Horrell said “The Eventer Challenge is one of the highlights of the year and is a real family occasion for the Horrell’s as most of us attend. We are proud to be able to give riders the opportunity to compete at this prestigious event which seems to get bigger and better each year. The team spirit of the competitors was great to see, and it is such a fun competition for us to be involved with. Well done to everyone who has taken part and congratulations to the winners!”

The team from Cropthorne and Evesham Riding Club were the delighted winners of the Dodson & Horrell 100cm Riding Club Team Eventer Challenge on the first day of the SsangYong Blenheim Palace Horse Trials.

Team manager Ian Paxton said: “We are only a small riding club, so to come to these events is very special. All the team are amateurs and work full-time and three of them have just come back from Lincoln, where they came second in the 100cm showjumping national championships, so it was good practise for today. We have been coming to Blenheim for years and we were lucky to win the same class two years ago, so it’s nice to be back. We’re so proud of them!”

Jo is a vet who works as a locum and also for Nupsala. Worthy Illusion’s sister won the BE100 Mitsubishi Motors Cup at the Badminton grassroots championship this year with Jo.

Laura Wray, team manager of Milton Keynes, said: “This is our fourth year as a club competing here and the first time we've been placed, let alone winning it, so we're absolutely over the moon! The girls on the team are all into their eventing and it's a real team effort from everyone.

“They jumped at 10.30am this morning so we've had a long day, but we made the most of it and had a picnic at lunchtime. I'm so proud of them, it's a fantastic result.”

The team from the Newmarket and Thurlow branch of the Pony Club won the Dodson & Horrell 100cm Pony Club Team Eventer Challenge on Friday at the SsangYong Blenheim Palace Horse Trials.

Tessa Vestey, joint district commissioner of the Newmarket and Thurlow branch, said: “The team have been together all through Pony Club and have done all the team activities together. They are incredibly good friends and have been there to support each other through the highs and lows. It’s been the most fantastic event!”

Showjumping secretary Belinda Hull added: “The event has been so well run and to have D&H Ambassador Piggy French presenting the prizes was the icing on the cake.”

The Style Award winner was Maddie Tapner from VWH Foxes on Queen Thielet. Maddie brought on “Queenie” from 80cm to 100cm level with help from her mum, having bought her three years ago when the mare was six. This is their first year competing at 100cm and they qualified for the Pony Club Championships.

Team manager, Vicky Miller said “These four have never taken part in the Dodson & Horrell Eventer Challenge before, this is the event everyone wants to come to, so we try and give everyone a chance to compete. We left home just after 5.00am as we were on at 9.30am – we managed to hold onto the lead all day. It’s a young team here today, but they are all very consistent, my grandson is riding in the team, so I am particularly proud. They would like to have a go at the 100cm class next year!”

Devon based Siobhan Murphy won the 90cm Eventer Challenge riding her 15 year old mare Langarth Gwendolen, “I’ve owned her for just under two years and we have done a bit of eventing and dressage. I turned into fence 12 quite tight but she was reliable and coped well on the ground - she was brilliant.”

Shropshire based Annabel Mason rode her 10 year old mare Creevagh Charm to win the 100cm Eventer Challenge, “It’s a tricky course to remember and with the undulating ground it was quite challenging, I am so pleased with her!” Annabel competes Creevagh at 90cm and 100cm level and hopes to step up to Novice next year.

For the full results from the Eventer Challenges visit the Blenheim Palace Horse Trials website: https://www.blenheimhorse.co.uk/RCPCEC 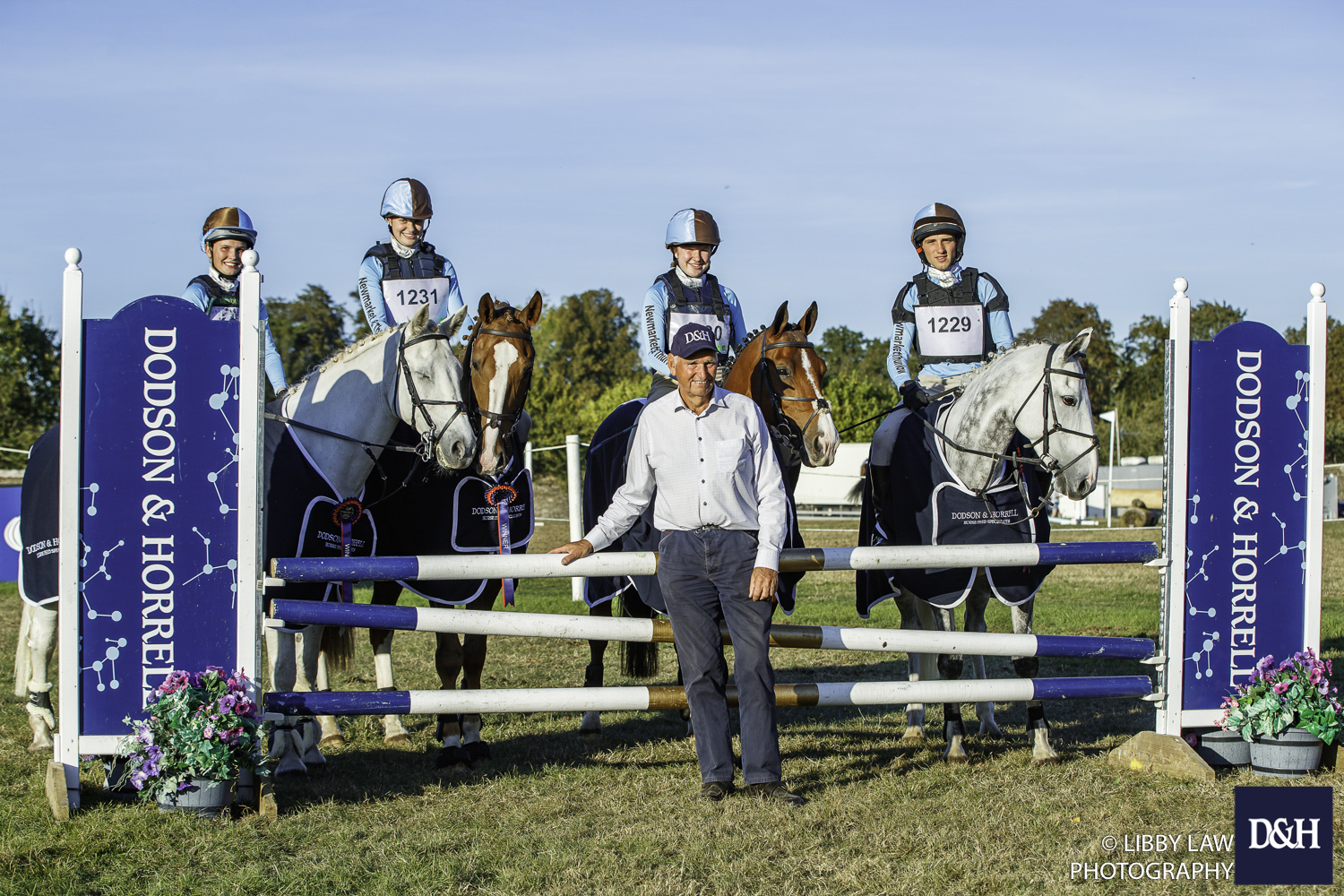