Holly, who is based in Birtley, Country Durham will have her hands full at this year’s Dodson & Horrell National Amateur and Veteran Championship as she has successfully qualified three horses. “I thoroughly enjoyed my time at Aintree last year and thought it was a great competition, I can’t wait to go back this year. I will be competing my step-father’s 21 year old grey Connemara, Bowes Milky Way and my own horse Usita Champ, a 17 year old mare in the 0.95m Championship. I will also be competing my step father’s horse Bowes Calvaro in the 1.10m Championship after he won the second round at Alnwick Ford Equestrian Centre. It is going to be a great five days of show jumping and it’s lovely to go away with the horses for a week, its like a little holiday!”

Heading back to Aintree to defend the 1.10m National Amateur Championship title is Levi Critchlow with his home bred eight year-old chestnut gelding Valarico. “I produced Valarico myself. He primarily showjumps but we did a few working hunters this year and jumped clear in the Open class at the Royal International to place ninth overall. He really is a brilliant horse with such a fantastic character and it was a great feeling winning here last year, we are really looking forward to heading back again. I am based 15 minutes along the road from Aintree, so this is my local venue.” Levi and Valarico have been preparing for their championship class by doing various pole work exercises through the week and getting out to other competitions. “I think I will give him a little break after this, before heading back out and getting ready for the New Year.”

Derby based Mark Thompson will be returning to the Dodson & Horrell National Amateur and Veteran Championship after qualifying Michelle Yates Hunky Dory III. The pair won the 1.05m Championship in 2017 and will defending their title this year. Mark has ridden the 11-year-old chestnut mare for seven years and says he knows her inside and out. “I am so happy she qualified through to the Championships from her second round at Gracelands Equestrian Centre. Being a Chestnut mare she does have her little quirks but she is a very careful jumper.” Mark will have a very busy time at Aintree as he is heading to the Championships with five other horses. “I will be jumping a few of the horses in the same classes so I will have my hands full. The Championships is a great show and I am really looking forward to going back, especially as I have a few new rides this time.”

First timer, Florence Warren from Bruton, Somerset will be heading to the Dodson & Horrell National Amateur and Veteran Championship with her nine year old mare Dame Darco. After placing fifth in the 1.05m second round at Wellington Equestrian at the end of September with a quick double clear, Florence is looking forward to getting into the arena at Aintree. “There is so much buzz around the championships. I have friends going that have been before and they always say it’s one of the best events, so I cannot wait to experience it for myself.” Florence bought Dragon, as she is better known, as a three year old and has been successfully progressing up the ranks since. “Dragon really shouldn’t be called Dragon, she is just lovely and takes everything in her stride. She was the first horse I bought to bring on and I think she’s just perfect.”

Fresh from their win at Horse of the Year Show (HOYS) at the beginning of October in the Silver League Championship, Lucinda Stewart from Ayr, will be making the long trip from Scotland to compete in the 1.10m and 1.15m Championship with Cancun II and Glow DK. “I am hoping this trip to Aintree will be third time lucky for Cancun and I. We have been twice before and the first time I took him, I was really just going to get him out, but he ended up placing second in the 1.10m Championship and we did the same last year, so I am keeping my fingers crossed.” Lucinda describes Cancun as her ‘Golden Boy’ as she has yet to find a flaw with him. Glow, Lucinda’s other ride, is a little different “Glow can be quite cheeky, but it’s so worth it as he jumps well and is always careful.” 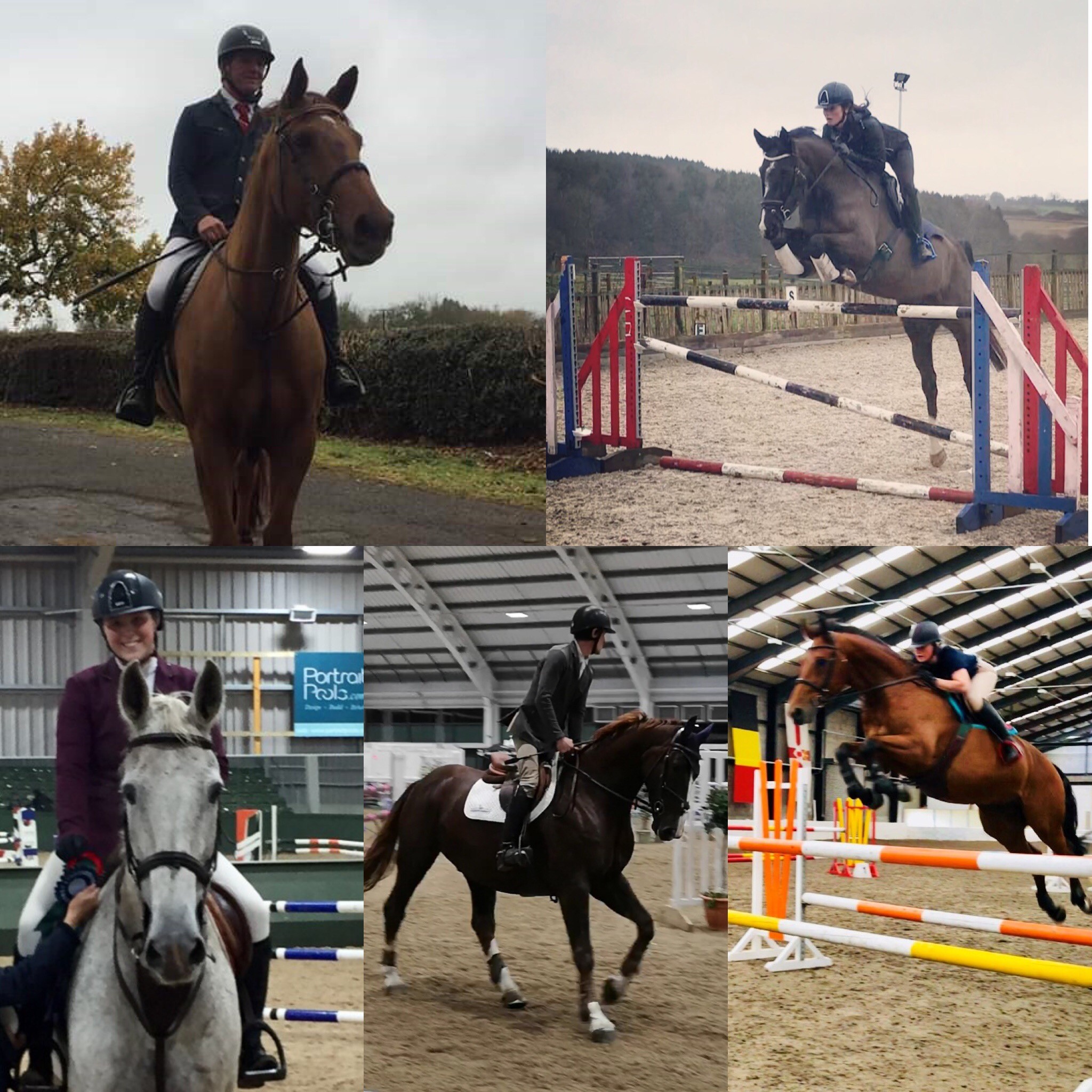