It's a Bayley's Dream for Billy Aprahamian

With the Winter hiatus now behind us, the Dodson & Horrell PPORA Novice Riders’ Series resumed at Brafield-on-the-Green on Sunday 25 March.

First across the line were Horseheath Qualifier winners Billy Aprahamian and Bayley’s Dream. With a hat-trick of wins to their credit, the Dodson & Horrell PPORA Novice Riders’ Series at Garthorpe on 29 April is firmly in their sights.

With little to split Bayley’s Dream from Flicka’s Witness, ridden by William Marshall, approaching the last, a better jump from the former proved crucial to the result and three quarters of a length separated the rivals at the line.

“We bumped into a really good horse in Bayley’s Dream, but Flicka’s Witness ran well, he’s got ability and hopefully we can go one better next time,” was the verdict from William.

Trainer Joan Johnston was delighted to have secured the runner-up spot, she commented, “He’s lost his form a bit lately which is a confidence thing and I am really pleased that he looked to have regained it in this race,” she said.

Remarkable Man led the field for much of the race before finishing third and his owner-rider Nia Kerslake was equally happy with the run.

“We led nearly the whole way round and he jumped brilliantly, he’s an amazing schoolmaster and looked after me so well,” said Nia, a pony racing graduate who now works for Gerald and Caroline Bailey and was having her third ride between the flags. 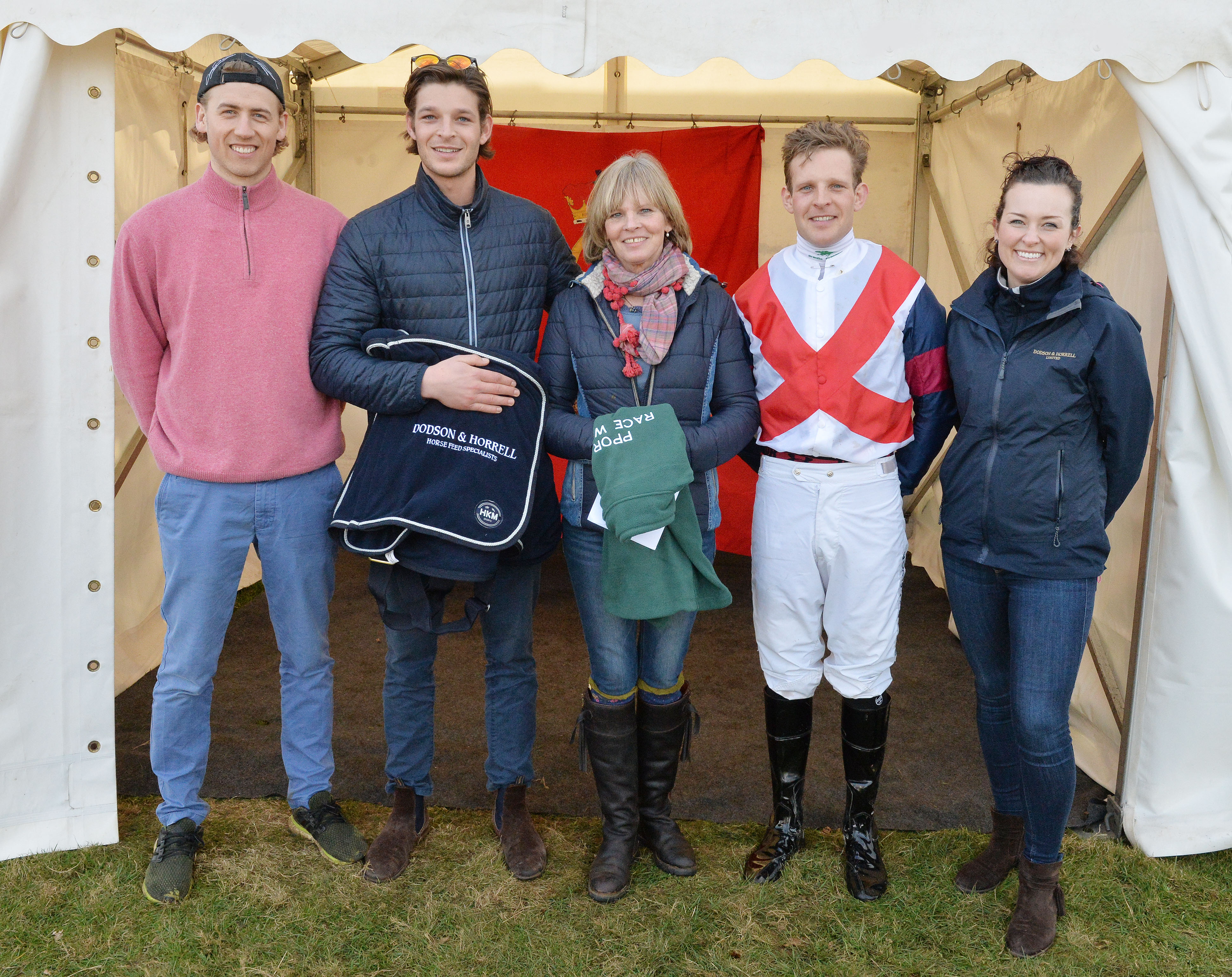