Nerves of steel for Jessica and Iron Chancellor

Jessica Bedi and Iron Chancellor were first past the post at the Dodson & Horrell PPORA Novice Riders Series Qualifier at the Bedale on Saturday 14 April. A first season rider and trainer, Jessica, aged 21, combines studying Textile Design at Teeside University with training and riding her grandmother Sandra Barker’s point to pointers, Iron Chancellor and homebred Simmply Sam, alongside her own eventers.

“Exhilaration, exhaustion, and a bit of a relief!” is how Jessica Bedi summed up her feelings as she threw her arms round Iron Chancellor’s neck moments after crossing the line, 10 lengths clear of her closest pursuer Alta Rock (Debbie Boyes).

With just three previous outings together, horse and rider have cemented a steadily improving partnership (finishing 3rd at the Sinnington and 2nd at Duncombe Park) so hopes and expectations were high amongst Jessica’s supporters on Saturday.

“As I was legged up they said to me “go and win your first race,” so I was feeling a bit of pressure at the start,” she recalls.

Descending the back straight for the final time the race looked set to be settled between Iron Chancellor and the Alnwick Qualifier winner Abbeyview (Laura Fenwick). The latter held a few lengths in hand but had failed to shake off Iron Chancellor who was sticking resolutely to the task. It was all change at the last where Abbeyview slowed on the approach and jumped reluctantly relinquishing his lead, eventually finishing in third place.

“He absolutely loves his jumping, that’s where he excels and I know he stays so I thought I’d sit quiet and see if the other would stop. When we jumped the last I knew he’d run on for me but I didn’t expect him to go that fast and when I realised how much I’d won by I was in shock,” said Jessica.

Jessica continued, last season I had been schooling a horse for a friend of a friend and casually said to her “I could do with a horse like yours as a schoolmaster.” She said, “I know of one” and told me about Iron Chancellor. I watched him run at Cheltenham and bought him two weeks later from Chris and Sue Popham, they told us to feed him Dodson & Horrell and we’ve kept to that!” 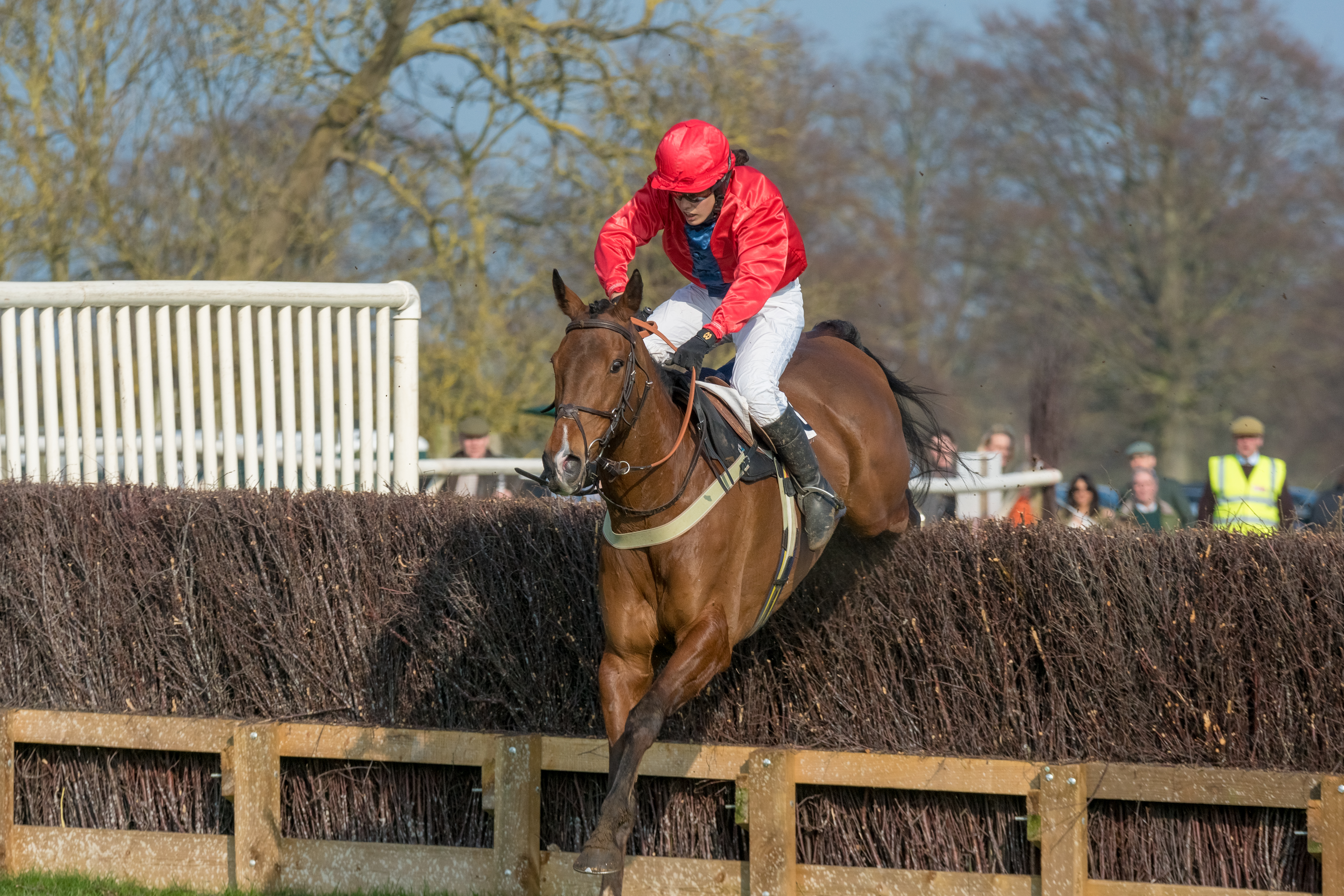