Tim Underwood, has been awarded ‘February Dodson & Horrell Owner Trainer of the Month’.

Tim was nominated by Tim Sage the PPORA South Midlands Representative for his high strike rate and many winners pointing as an Owner Trainer. Based in Newbury, Tim trains under 7 horses all owned by himself, by day he runs a print company in Oxford. Despite a full time job he drives to Lambourn most mornings to use the gallops and trains his string from there ,Neil Kinnon is also a huge part of the running of Tim’s yard doing a lot of the work behind the scenes.

Tim says ‘it is really lovely that somebody does this marketing and promotional work to make it worth while for us little yards to get recognition’ Other nominations put forward for February Owner Trainer of the Month Award were Wendy Hamilton, Philip Greaves, David Brace, Dean Summersby and Andrew Pennock

Nominations can be submitted by anybody, so if you think you have seen a deserving performance from an Owner Trainer and would like to put them forward please email Abi Stock – secretary@ppora.co.uk

Laura Thomas, has been awarded ‘January Dodson & Horrell Owner Trainer of the Month.’ Laura owns and trains Karinga Dancer herself, and if that wasn’t enough she is also the jockey aboard the horse too! Laura and Karinga Dancer won a Dodson & Horrell Novice Riders Series Qualifier at Barbury Castle in December and now has the Final at Garthorpe in her sights!

Based in Wroughton, just next door to Barbury Castle, Laura has a yard of 10 pointers to run this season, and rides a couple herself but Jonny Bailey will ride the rest of them. There are 6 new boxes in the process of being built, so there is room for some new recruits. As well as Point to Point horses, Laura also does Pre-Training from her yard, so is always kept busy and is ably assisted and supported by her father, Norman!

She says “I am absolutely delighted to win, huge thanks to Dodson & Horrell for sponsoring an excellent award, Karinga definitely deserves it, he is a joy to own, train and ride.”

Nominations can be submitted by anybody, so if you think you have seen a deserving performance from an Owner Trainer and would like to put them forward please email Abi Stock – secretary@ppora.co.uk

Well-known horse racing presenter and former jockey, Luke Harvey gets a surprise live on his own programme, Attheraces, and is announced as the winner of Dodson & Horrell’s December Owner Trainer Award.

This new series of monthly awards sponsored by Europe’s leading equine fee manufacturer and nutrition expert, Dodson & Horrell, was launched to celebrate the company’s 30th Anniversary of sponsoring point-to-pointing. The awards are given to people who both own and train their horses, they are nominated and a winner is chosen from the shortlist. Luke who lives in Kingston Lisle, Wantage will receive ten bags of Dodson & Horrell feed, a bottle of champagne, and a yard visit from one of the company’s nutritional specialists who will give him expert advice on feeding for performance.

Luke commented, “I would like to thank Dodson & Horrell for supporting the Owner Trainer Award and choosing me as December’s recipient. Point-to-pointing is my passion and through my horse Porlock Bay (Cecil) I’ve had so much fun and it’s been incredible, I am loving every minute of my run of good form, after all there are plenty of times when it goes wrong!”

Sam Horrell CEO at Dodson & Horrell added, “Congratulations to Luke on winning the first ever Owner Trainer Award. This series of awards was set up to recognise owners and trainers of point-to-point horses who go above and beyond in the sport and show a real enthusiasm, something that Luke clearly has for the sport!”

“In a truly amateur sport we rely on strong reliable sponsors and Dodson & Horrell certainly comes under that banner, thank you once again,” added Luke.

In order to win one of these monthly awards, the owner/trainer will need to be nominated by someone within their area – suggestions should be given to Point-to-Point Owners & Riders’ Association (PPORA) representatives or sent to the association’s office, where a short list will be drawn up. 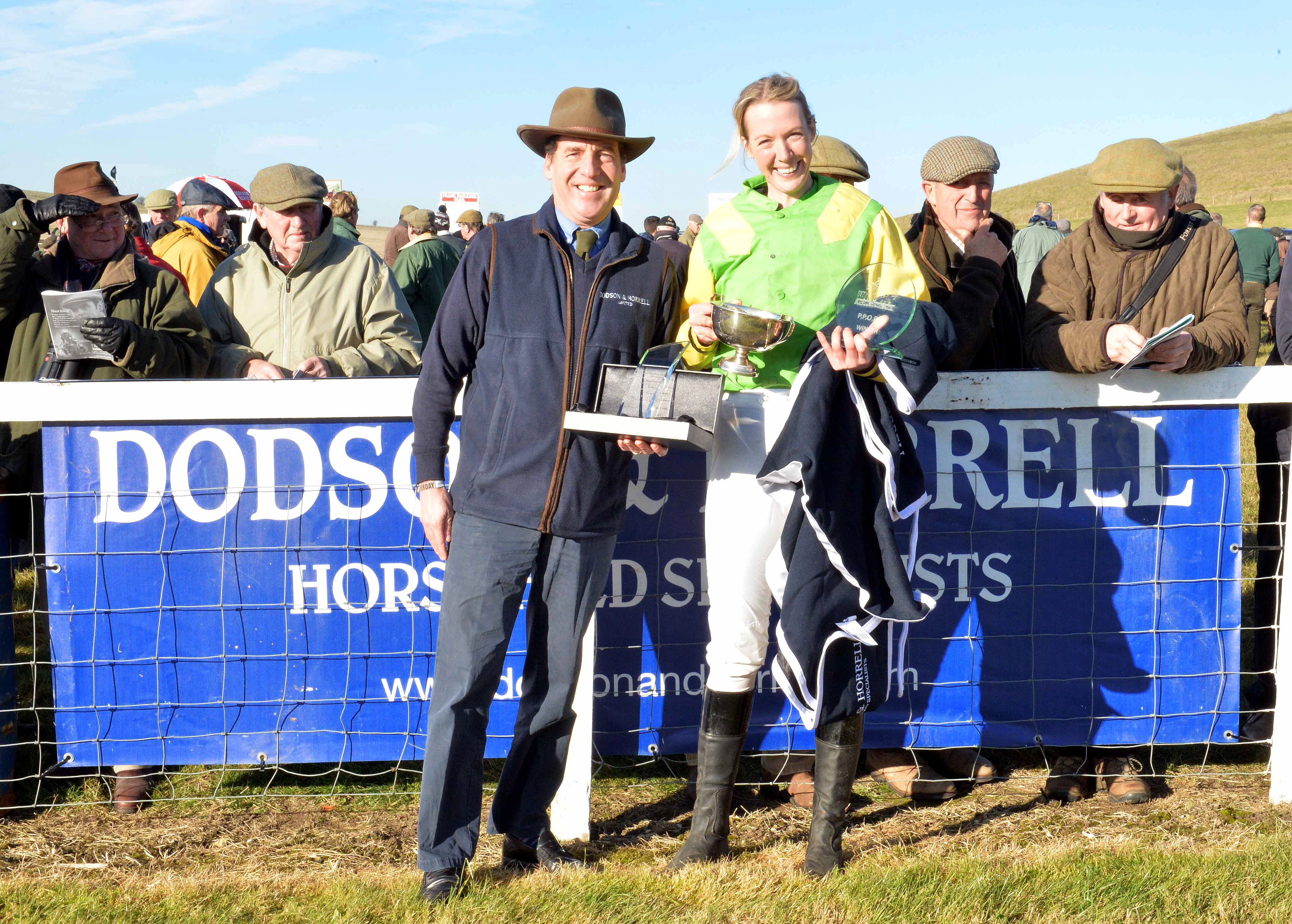