Riders representing Hong Kong made history with the first win for their country at the Dodson & Horrell Chatsworth International Horse Trials. Remarkably, Patrick Lam, who won an international novice section on Jockey Club DYK5, only took up eventing this year – he represented Hong Kong in showjumping at the Rio Olympic Games last year.

Lam, who lives in Austria, admitted it had been a steep learning curve: ‘The other riders told me that eventing is good fun and I am really loving it, but I have to say that today is the biggest cross-country course I’ve ever seen.’

There were further celebrations as his compatriot, Annie Ho, finished second on Baxo. She was inspired to start in the sport after working as a volunteer in the stables at the 2008 equestrian Olympics in Hong Kong. ‘I just loved the atmosphere and wanted to be part of this sport,’ she explained. The squad is being trained by Nick Burton in Gloucestershire with the ultimate aim being the Tokyo Olympics in 2020.

Other victories at this level went to Dutch rider Andy Heffernan plus Britain’s Tom McEwen from Wiltshire and Francis Whittington from East Sussex, who was paying his first ever visit to Chatsworth. The experienced Whittington paid tribute to course-designer David Evans: ‘I can’t believe I’ve never been to Chatsworth before – it’s an incredible place,’ he said. ‘The novice track was brilliant, very educational for a young horse and on really good going.’

Tomorrow promises thrilling competition and plenty of suspense. Former world number one William Fox-Pitt currently heads the national advanced class after dressage on Little Fire. Pippa Funnell, a triple winner at top level at Chatsworth, is leading section C of the Dodson & Horrell Challenge on her Olympic horse Billy the Bizz and Frenchman Thomas Carlisle and his spectacular grey stallion Upsilon have a fractional lead in the Event Rider Masters over Britain’s Gemma Tattersall, who rode a brilliant dressage test on the Quicklook V in front of a huge, fascinated crowd.

Tattersall, who is also lying second in section B of the Dodson & Horrell Challenge, had a disappointing Olympics on the grey mare but looks to be on fire ahead of tomorrow’s jumping phases. ‘Rio was frustrating but we have to put this behind us,’ she said. ‘She was so perfect and rideable and I felt as if I had all the time in the world in the arena. We’ve prepped for this and we’re going to give the Frenchies a run for their money this time!’

Show jumping action starts at 8am tomorrow and the first horse is on the cross-country at 9am, plus a multitude of other entertainment including gun dogs, Pony Club Mounted Games, dog agility, the Sheep Show, pottery painting and a circus skills workshop.

‘The competition’s really hotting-up, with many of the world’s top riders competing across all levels - congratulations to all of today’s winners,’ said Dodson & Horrell CEO Sam Horrell. ‘ I am really looking forward to the final day with the Dodson & Horrell Challenge show jumping and cross country phases as a highlight of tomorrow’s action. Good luck to everyone taking part.’ 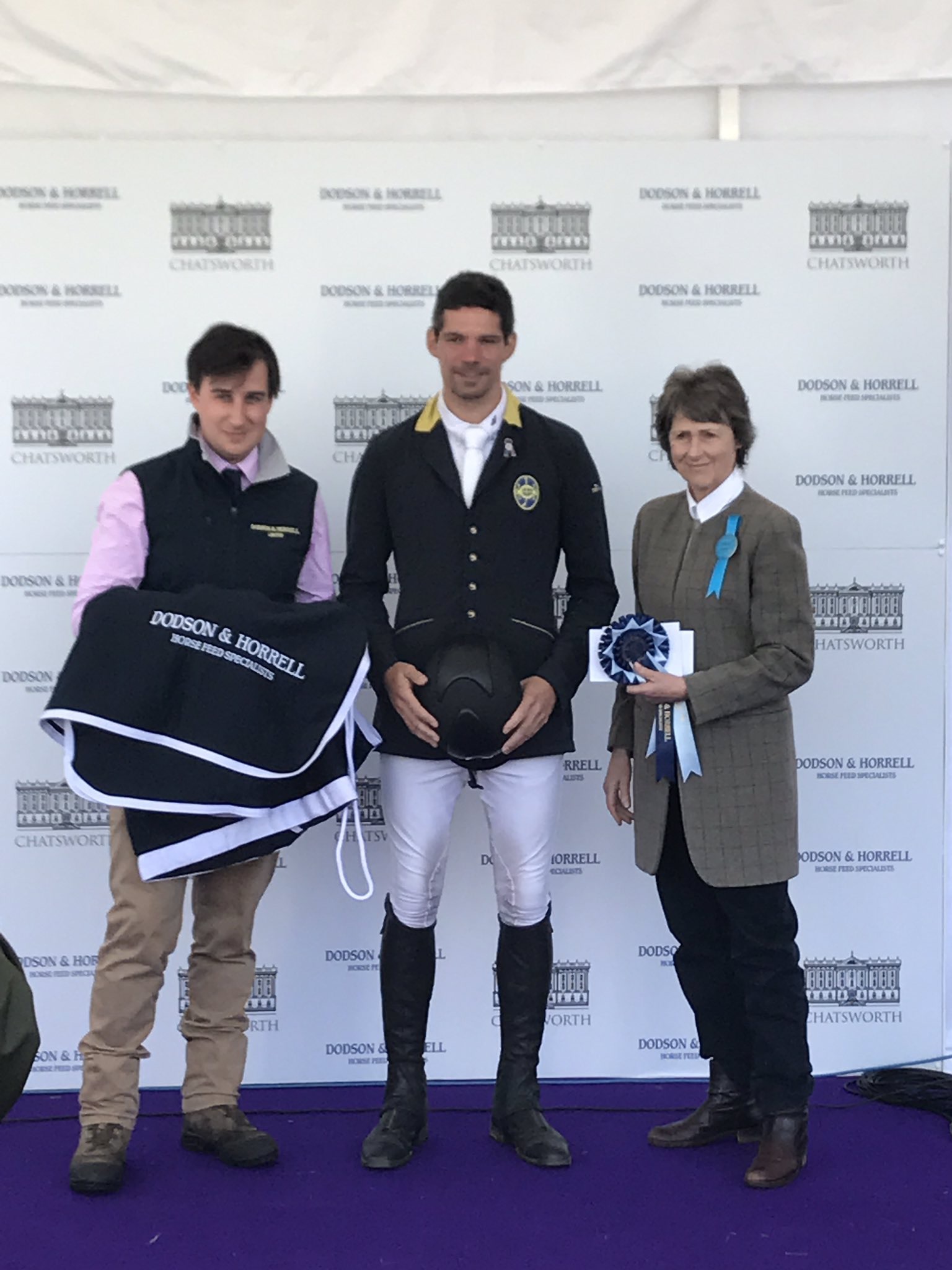