CHEER ON THE DODSON & HORRELL SHETLAND PONY COMPETING AT OLYMPIA!

One of the highlights of the famous Olympia, London International Horse Show (13-19 December) has got to be the Shetland Pony Grand National. Not just for its festive excitement that it brings to one of the most popular Christmas events in the equestrian calendar, but for the charitable cause it supports, with each jockey raising money through sponsorship for a nominated charity, this year being The Bob Champion Cancer Trust. Since its beginning, the event has raised more than £300,000 for various charities.

This year, Dodson & Horrell is excited to be involved with the spectacle and will be supporting a special Grand National pony, Cochno Marcus, throughout the show. About 7,000 spectators will watch the 12 races spread out over the seven days of the show where the Shetland ponies canter twice around the arena, before speeding through the middle, manes flying. The ponies leap over a dozen 2ft 9in fences, including a mini Becher’s Brook (the notorious fence at the real Grand National has a 6ft 9in drop).

The first race was organised by Raymond Brooks-Ward, the late showjumping commentator, over 20 years ago. Sebastian Garner, a racehorse expert, now oversees it – as well as the qualifying races during the year.

The expertise is high with the race being the start of many children’s racing careers. Sam Twiston-Davies raced at Olympia in 2000, before competing at Aintree in 2013; Jim Crowley, who raced in the real Grand National in 2001, also started there.

Watch out for Number 8 Cochno Marcus, the Dodson & Horrell pony and cheer him on to win! 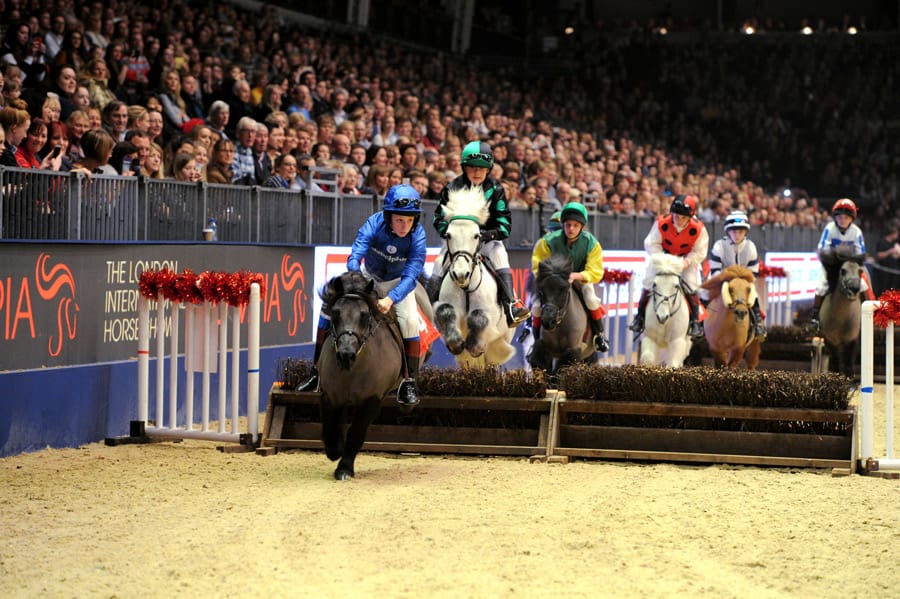