The bubbly Hoy, a three-time Olympian and veteran of the eventing scene who won the big class at Chatsworth back in 2005, triumphed in Section C of the Dodson & Horrell Challenge on Seigneur Medicott and finished second behind Tattersall in the ERM on Designer 10.

Rising British star Tom McEwen, boosted by an excellent Badminton last weekend, struck a blow for the males with victory in Section B of the Dodson & Horrell Challenge on Strike Smartly, an attractive Irish-bred grey horse new to his Gloucestershire yard. Tattersall was in the prizes again, with second place on her exciting youngster Santiago Bay.

The ERM cross-country is run in reverse order of merit after the dressage and showjumping phases and Tattersall, who was last to set off, had a long wait as the competition hotted up with riders going full tilt under pressure around course-designer Ian Stark’s challenging track in the Duke and Duchess of Devonshire’s parkland.

Britain’s Emily King and Francis Whittington and New Zealand’s Sir Mark Todd all had run-outs and both Ireland’s Mark Kyle and Australia’s Bill Levett had falls when challenging for the lead.

Frenchman Thomas Carlile still finished third on the ground-devouring stallion Upsilon, despite a refusal in the show jumping, Britain’s Nicola Wilson was fourth after a fast and feisty round on the black mare Bulana and Badminton champion Andrew Nicholson from New Zealand was fifth on the smooth-jumping grey Swallow Springs

‘I tried to be relaxed and she tried her little heart out to the end,’ said an elated Tattersall of her talented grey mare, Quicklook V – the pair were fourth and best British combination last year. ‘I told her “come on girl, gallop”. This is one of the best moments of my career.’

Chatsworth welcomed bumper crowds, who enjoyed the sunshine, thrilling competition and variety of entertainments on offer, from scurry driving to dog and sheep displays.

‘We’ve had a wonderful weekend of competition here at the Dodson & Horrell Chatsworth International Horse Trials, with all level of riders taking part, from the true amateur to the very best professionals in the world,’ Sam Horrell, Dodson & Horrell’s CEO, summed up. ‘It is always an honour to be a part of such an iconic event and we would like to thank all those who have made this weekend so special.” 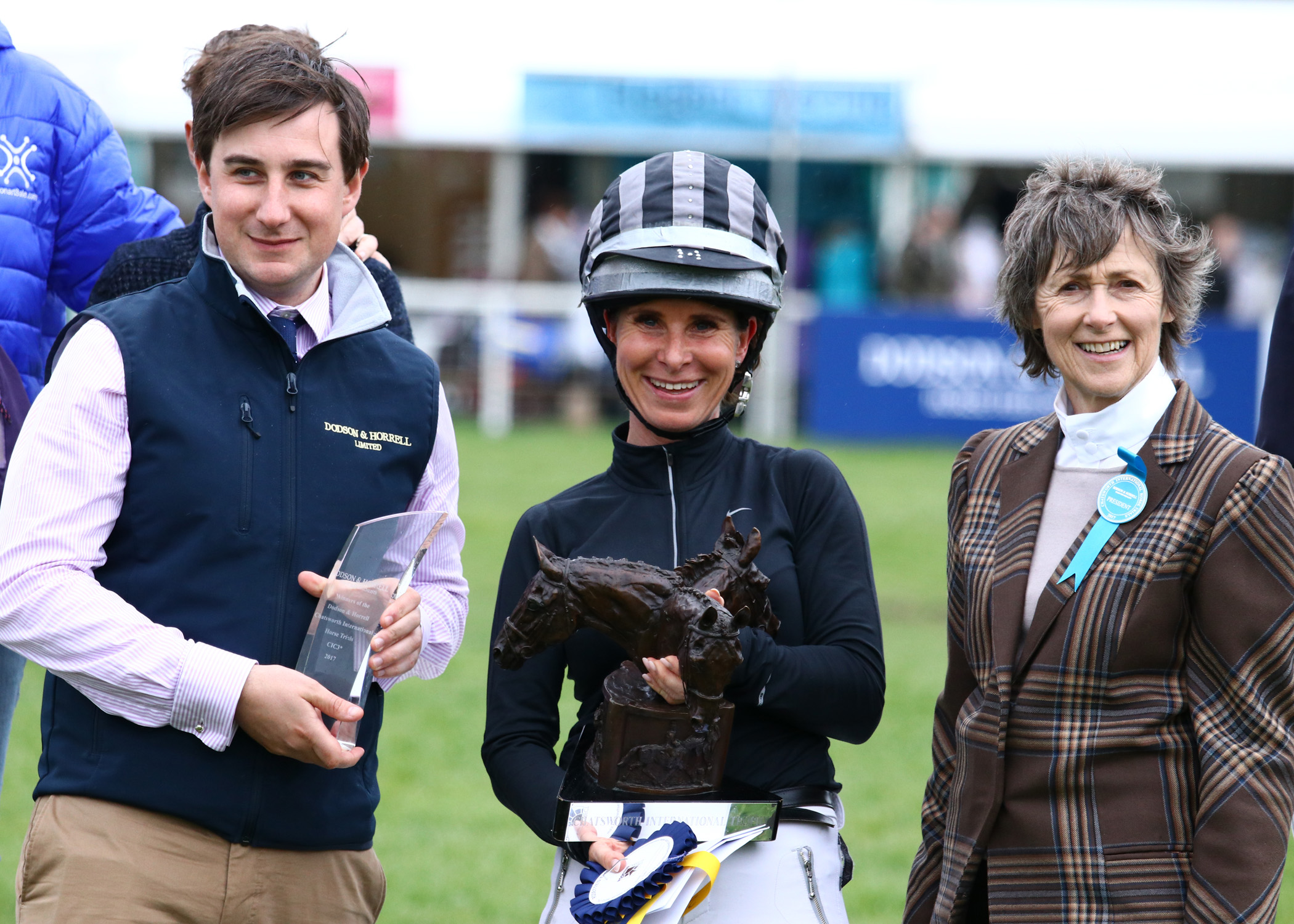