This November Dodson & Horrell Employee of the Month award has been presented to Walter Fisher-Barnett. The award recognises and celebrates the hard work and dedication that the staff at 11-time Champion Trainer Paul Nicholls’ yard put in to get the horses to the track in peak condition. Harry Derham, Assistant Trainer and his panel of selectors, which includes pupil Assistant, Charlie Davies, chose the winner and Harry presented the prize.

Harry commented, “Over the past year, Walter has been coming to the yard to ride out during his holidays, so we were pleased to have him join the team within a full-time role in August.  He has proved himself to be hard working, polite and a pleasure to have around.  Walter looks after the horses in his care to high standards showing a great attitude to his work and has already led up winners at the races in the time he has been with us.  We are delighted to reward Walter for his hard work.”

Walter looks after the following horses: 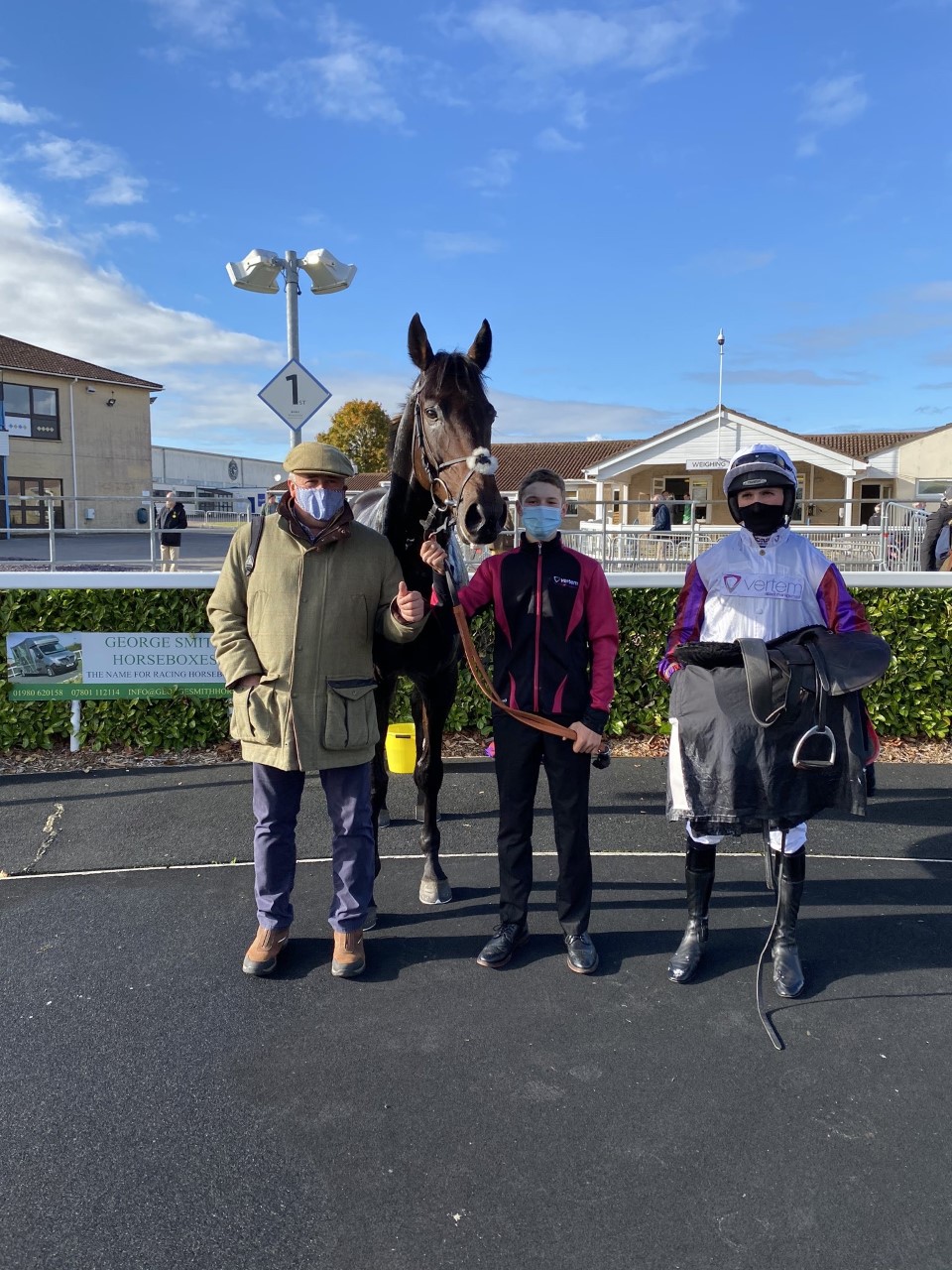