Who feeds these supplements?

Agar et. al. 2016, investigated the major uses of behaviour supplements in an online questionnaire that was distributed to 820 owners/riders through the British Eventing and British Dressage websites to collect data on the demographics of owners and their horses, the supplements they used, and their opinions on health and performance problems. Owners/riders of dressage horses identified behavioural problems and energy levels as the most important issue in their discipline (42.2 per cent), followed by lameness (37.1 per cent), then back and muscle problems (15.4 per cent). The main issues for eventing were stamina and fitness levels (43.9 per cent), lameness (41.9 per cent), behavioural problems and energy levels (37.1 per cent). This concludes, that around 40% of Sport Horse owners are giving a behavioural supplement to try to improve behaviour and temperament. This is supported by another study, Ross & Roberts, (2018) who found 45% regular use of equine calming supplements in their cross section of Scottish horse owners. Interestingly, Murray et. al. (2018), in Ireland, found a significantly smaller percentage of owners giving calmers (13%), and within this study she was the only one to identify that professionals, more often than non-professionals, were using calming supplements (16% vs 11% respectively). On the basis that Swirsley et. al. reported 50% of owners thought supplements for calming were completely safe and well researched, pressure is mounting to regulate and complete thorough research within the supplement market.

What are our options for managing behaviour nutritionally?

The overriding conclusions are that we should adjust the diet to lower starch and sugar, and increase fibre and oil. The science behind this includes work from Lutherrson et. al. 2009, who completed an in-depth behavioural study into the effects of both types of diets. They concluded that individuals on a high fibre and high oil diet responded less overall (and significantly less violently in their response) to stressful external stimuli and were found to be easier to handle and train. On further blood chemical analysis, they were reported to have higher serotonin levels, lower cortisol, PCV, and heart rates.  The higher starch and sugar diets were correlated to higher incidence of caecal pH acidosis and stereotypic behaviours, like wood chewing and box walking. This research has been available for a long period of time, however, Harris (2005) confirms that many owners are much more willing to try a supplement rather than alter core diet management and training practices.

Let us focus on 3 of the most commonly sought ingredients: -

Other ingredients for consideration: -

Within the equine industry, there has been a clear drive to increase research and understanding of why certain supplements work (or are perceived to work). Owner feedback will likely help support an increase in pressure to produce evidence-based research to back up product claims. More research in these areas will help further enhance our knowledge into the needs of horses and what specifically will help benefit their health and behaviour. With that information that is currently available, a clear conclusion can be made that more effort should be made to implement high fibre and high oil diets in horses who show signs of excessive fizziness or “hot” behaviour, as this remains the most compelling evidence we have to nutritionally support increased concentration and decreased adverse reactions to negative stimuli. 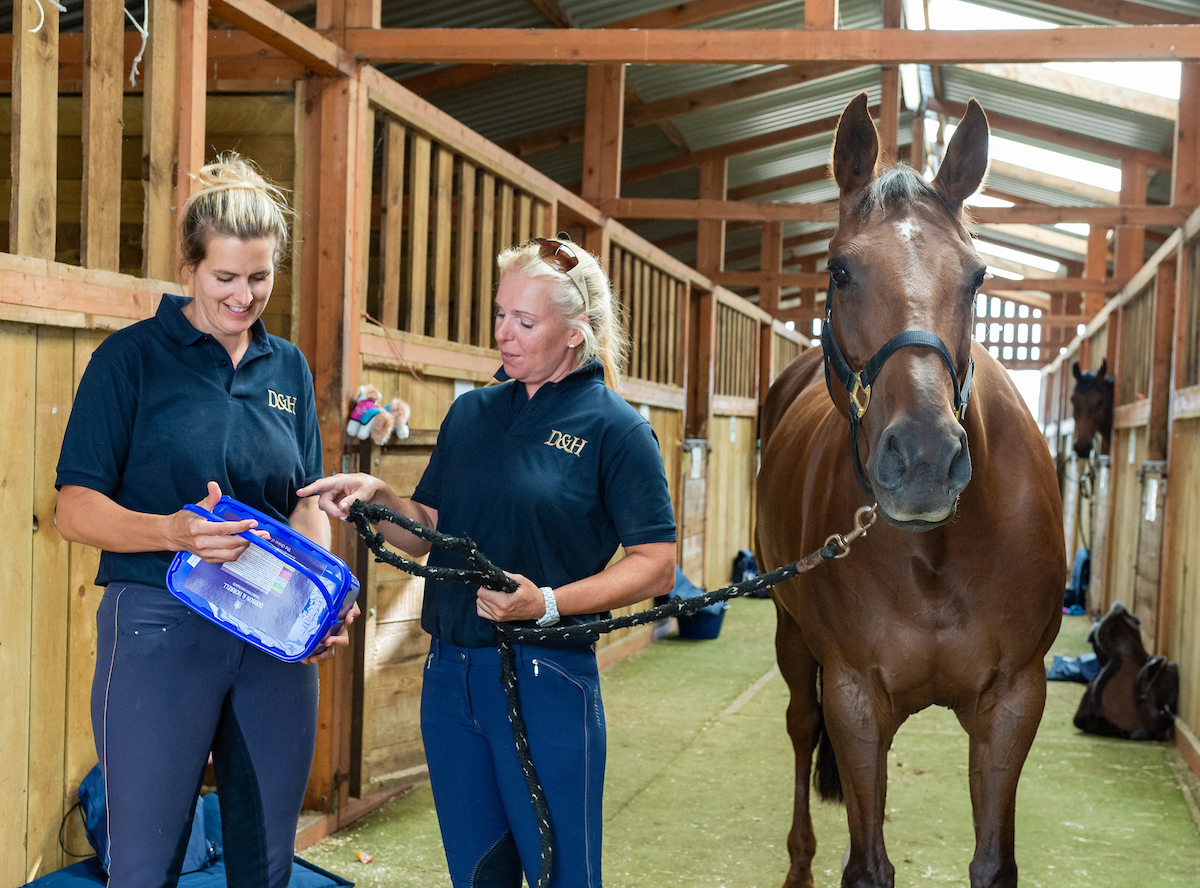