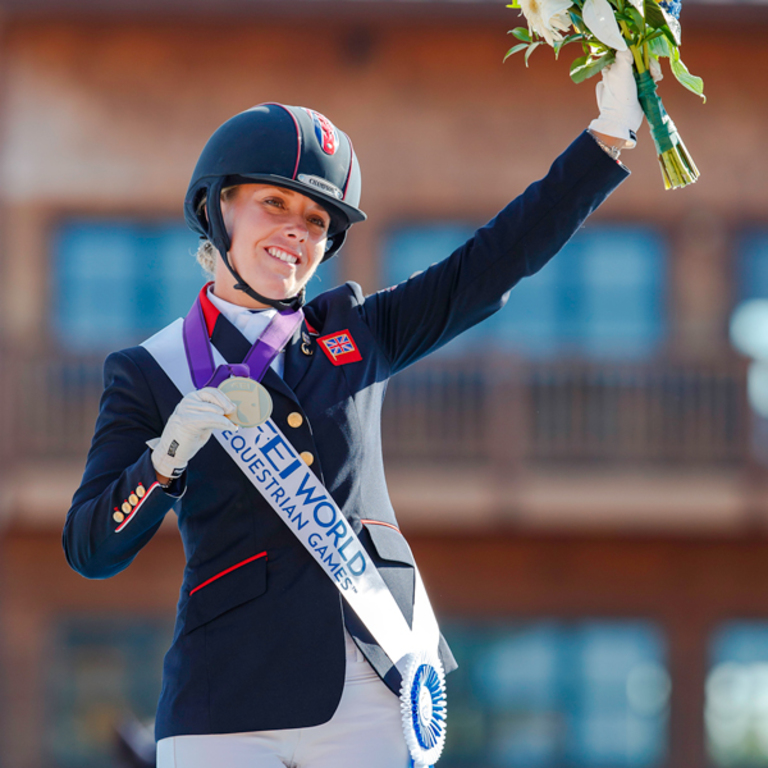 Sophie was born with amniotic band syndrome, which affects her hands and ankles. She started riding at the age of six, did all the usual Pony Club and riding club activities, although struggled to hold normal reins.

When she was 10 Sophie started training with Olympian Vicki Thompson. She then went on to train with Tracey Woodhead, and Angela Weiss. Angela is coach to the World Class Para Dressage Development Squad of which Sophie has been a part since 2004. After six years based with Angela, and having learned so much under her guidance, Sophie is now based at home, building her own team around her to give the horses everything they need. Sophie divides her time by training her horses in the morning then spending the rest of the day coaching both able-bodied and para clients of all ages and walks of life, helping them to get the most out of their horses in the sport she is so passionate about.

In 2008, Sophie was first reserve for Team GB for the Paralympics in Hong Kong on Touchdown M. She also competed in able-bodied competitions up to Prix St Georges and Junior level and was the first Para to win an able-bodied international, the Hickstead CDIJY. In 2009 Sophie came first and second in all three classes she contested at Hartpury International with her new ride, Pinocchio, and her younger horse, Valerius. She went on to scoop a brilliant triple gold on Pinnochio at the European Para Championships in Norway.

Sophie achieved one of her career ambitions in 2010 by being selected with Pinocchio for the Young Rider European Championships in Kronberg, Germany - the first Para rider to be chosen for an able-bodied team. She was also selected for the Para team for the World Equestrian Games, again with Pinocchio, where she won two individual gold medals plus team gold.

2011 continued in the same successful vein with top notch results in both Para and Young Riders. At Hickstead she won the final selection trial on Pinocchio and as a result was chosen to be one of only two British Young Riders to compete at the Europeans, where she finished in the top 15. At the Para European Champs in Belgium she partnered Valerius to three golds.

Sophie describes the London 2012 Paralympics as “the icing on the cake”. She was part of the team that won gold and also took two silvers individually on Pinocchio.

Sophie received an MBE in the 2012 New Year Honours list.

Not one to rest on her laurels, Sophie went on to win team Gold and two Individual Golds at the Para European Championships in 2013 aboard Valerius. In 2014, she won team gold and grade IV individual and freestyle silver at the World Equestrian Games.

Most recently, Sophie won individual gold and retained team gold at the Longines FEI European Championships Gothenburg 2017. She also won the Prix St Georges Freestyle, as well as intermediate Freestyle at the 2017 British Winter Indoor Championships in Hartpury on Fatal Attraction and Valerius. 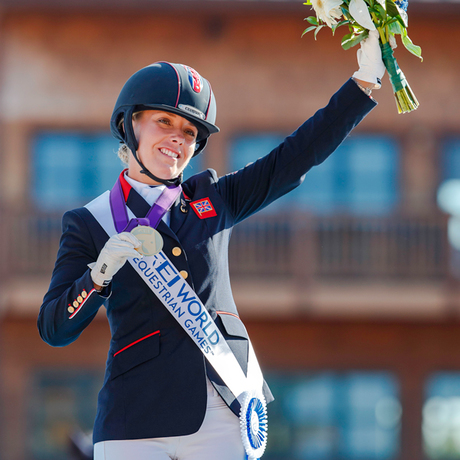 I have three favourite feeds. The Competition Mix is new to me this year and I really like it, it helps add a little bit of sparkle to my horses during the season. Build and Glow is great for maintaining weight, especially when my horses are away from home and travelling for long periods of time. It goes a long way, so you don’t have to feed a large amount. Finally, Fibre Fusion is a brilliant new product and my horses love it.