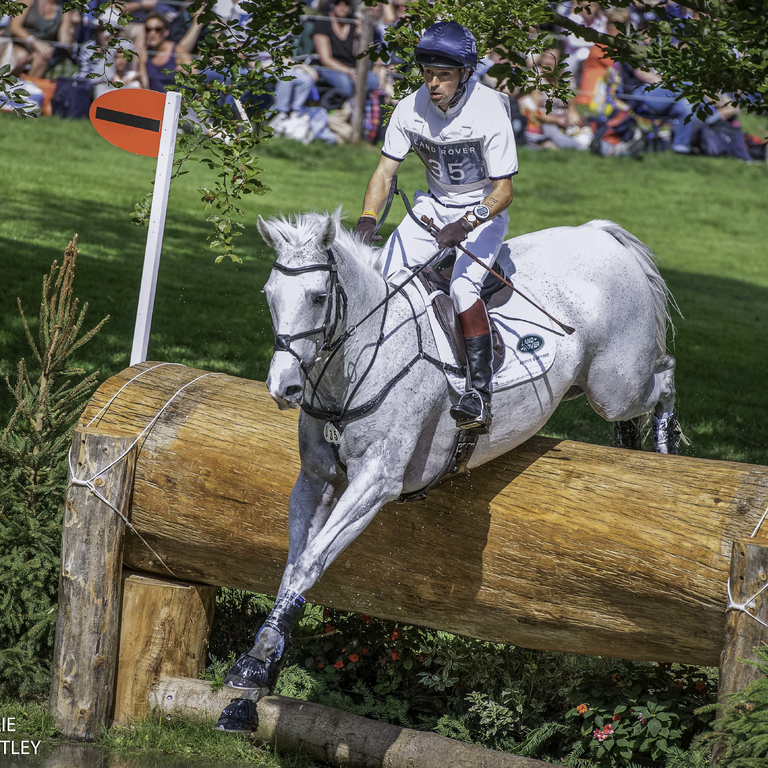 Harry Meade is regarded as one of Britain’s leading event riders, widely respected in the equestrian world for his quiet and sympathetic style of riding. Recently Harry has joined the BBC commentary team for both Badminton Horse Trials and commentated at the FEI European Eventing Championships in 2017.

Harry’s success at top level comes as no surprise when you look at his background; his late father, Richard Meade, won three Olympic gold medals and the family are all keen equestrians.

As a young boy Harry grew up hunting as well as being a member of the local Pony Club, the starting board for many top equestrians. He was inspired to take up eventing by the international working pupils that came to train with his father.

In the early days of Harry’s career he took every opportunity to pick up rides, whilst also working as a stable jockey for William Fox-Pitt throughout his time at Bristol University. Harry credits his time with William as shaping him as a rider ‘quietly giving them time and focussing on the long term’.

Harry has been well placed at five star level for many years but 2014 added significantly to his success. Third at the Mitsubishi Motors Badminton Horse Trials after completing the most challenging cross country course of recent years Harry got the call up to the FEI Nations Cup™ Event in Aachen and then again to the World Equestrian Games where the team won a silver medal.

Harry is the youngest rider to have ever received, a much sought after, Armarda dish, which is awarded for five Badminton completions; having completed nine (and placed at as many) Harry has certainly proved himself a worthy recipient of this prestigious award.

Harry is a full-time event rider and proud father of two children, Lily and Charlie, with his wife Rosie. Harry is as dedicated to his family as he is to his sport, even having to help in the delivery of his second child, Charlie, when Rosie went into early labour. Harry runs his string of horses from his family base near Chippenham, Wiltshire.

Harry and Away Cruising had a very successful 2018 season. Harry has now established Away Cruising as a 5* horse, being shortlisted for the World Championships and then putting on his best performance to date at Burghley. The pair finished 16th at Badminton and 6th at Burghley. Harry also as an impressive string of 3* horses, which he also had an impressive season on, with 3rd, 4th and 6th placings at Waregem and Tattersalls. Arriving mid-season, Brookfield Quality had three wins since with Harry, as did Gideon, who notched up ten top-five placings. 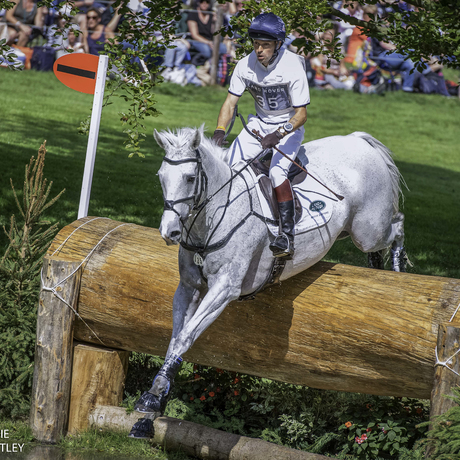 I feed Stay Power Cubes, this slow-release feed is the staple diet for most of my horses during the season.  I also feed Build Up Conditioning Cubes during the winter months. Most of my horses transfer onto this in order to maintain condition. We use Competition Mix for any horses that require more energy but would put on too much weight if the quantity of feed is increased.  This is a faster release version of the Stay Power Cubes.