Dodson & Horrell will be the official supplier of equine nutrition to the British senior equestrian championship teams until 2021. Europe’s leading equine feed company has signed a new four-year deal with the British Equestrian Federation (BEF), meaning it will provide equine nutritional support to the British teams ahead of the Tokyo 2020 Olympics and Paralympics and the World Equestrian Games at Tryon, USA in 2018. Dodson & Horrell will also provide diet analysis; feed testing and nutritional advice to the BEF’s World Class Programme. Feeding elite horses is fundamental to ensuring that they perform in peak condition and at maximum fitness. Sam Horrell, CEO of Dodson & Horrell, said: “It’s a huge honour to be the official supplier of equine nutrition; we look forward to working with all the teams involved and supporting them on their journey and building on their incredible success.” Equestrian Performance Director at the BEF, Gordon Burton comments, “We are delighted to be working with Dodson & Horrell for the Tokyo cycle. The World Class Programme and British teams have received fantastic nutritional expertise and logistical support from Sam and his team over the years and we very much look forward to this continuing to help ensure the best possible preparation for our championship squads.” Dodson & Horrell first became the official suppliers of equine nutrition to the British teams in 2009, but its involvement with equestrianism stretches back to the foundation of the family-owned company in 1939. Many of Britain’s top equestrian athletes choose to feed Dodson & Horrell’s products including it’s Brand Ambassadors and 2017 European Team Members, Piggy French (eventing) and Sophie Wells MBE (para-equestrian dressage), as well as former World and European eventing champion Zara Tindall, dressage rider Richard Davison, Paralympic gold medallist Sir Lee Pearson CBE, showjumpers Lauren Hough and Yazmin Pinchen and multiple world driving champion Boyd Exell. “These athletes recognise and appreciate our scientific and innovative approach to equine nutrition and we share their drive to optimise equine performance,” adds Sam. It's commitment to the equestrian industry is clearly marked through the company’s wide range of sponsorships in the disciplines of eventing, showjumping, dressage, point-to-pointing and racing. In addition to its extensive sponsorship portfolio, Dodson & Horrell is currently investing £3.5million in the modernisation of its plant and machinery to drive innovation. 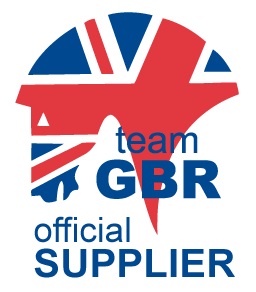