With competitions firmly underway this Spring, Dodson & Horrell’s (D&H) Brand Ambassadors have been busy notching up successes across the country. “It’s great to see our Ambassadors out competing, we hope to see lots more of them throughout the year, and wish them the best of luck,” said Dodson & Horrell’s CEO Sam Horrell.

In the eventing world, Zara Tindall achieved a third in the intermediate at Tweseldown and eighth in the advanced intermediate at Gatcombe Horse Trials riding her top horse High Kingdom. Harry Meade has already bagged two wins, one at Gatcombe in the novice with Red Kite, and the other at Tweseldown when Vrolijk headed the advanced intermediate. Mr Bass, who is also fuelled on D&H’s Staypower Cubes, campaigned by Ambassador Laura Collett, was runner up in the open intermediate at Lincolnshire, and Laura was second in the BE100 at Tweseldown with Calmaro. She was also third in the open novice at Gatcombe with London 52 and fourth in the open intermediate with Grand Manoeuvre at Lincolnshire, while Spencer Sturmey enjoyed a top ten placing at Swalcliffe Park in the BE100 riding Jamaicas Pride. Piggy French has made a successful return to the saddle following the birth of her son Max. She has tallied nine top ten placings including three seconds and a third at Lincolnshire at novice and open intermediate level, and a win at Oasby in the novice. Another D&H rider to return to the saddle after having a baby is showjumper Yazmin Pinchen who gave birth to her son Harry Arthur in January and made a return to riding in February. American showjumper Lauren Hough, bagged a mighty triumph when winning the Great American $1million Grand Prix riding Ohlala. Dressage rider Anna Ross kicked off her year with a trip to Spain to compete in the Valencia CDI 3* with Wydny, who is fed on D&H Pasture Mix and scored four top ten placings at Grand Prix. Olympic dressage rider Richard Davison, has been busy teaching world-class combinations and running the family business producing top-class showjumpers. Australian World Carriage Driving Champion Boyd Exell, has won all three competitions to date including the FEI World Cup Indoor Finals in Gothenburg and was recently awarded the 2016 International Athlete of the Year and 2016 International Horses of the Year 4-in-hand team at the Equestrian Australia awards. In the D&H supporting rider ranks, showjumper Joe Davison, is currently on tour in America where he has accumulated numerous top 5 placings at 1.40m level. The newest addition to the D&H team, eventer Willa Newton, has made a successful start to the eventing season, and New Zealand eventer Jesse Campbell has been accepted at Mitsubishi Motors Badminton Horse Trials. 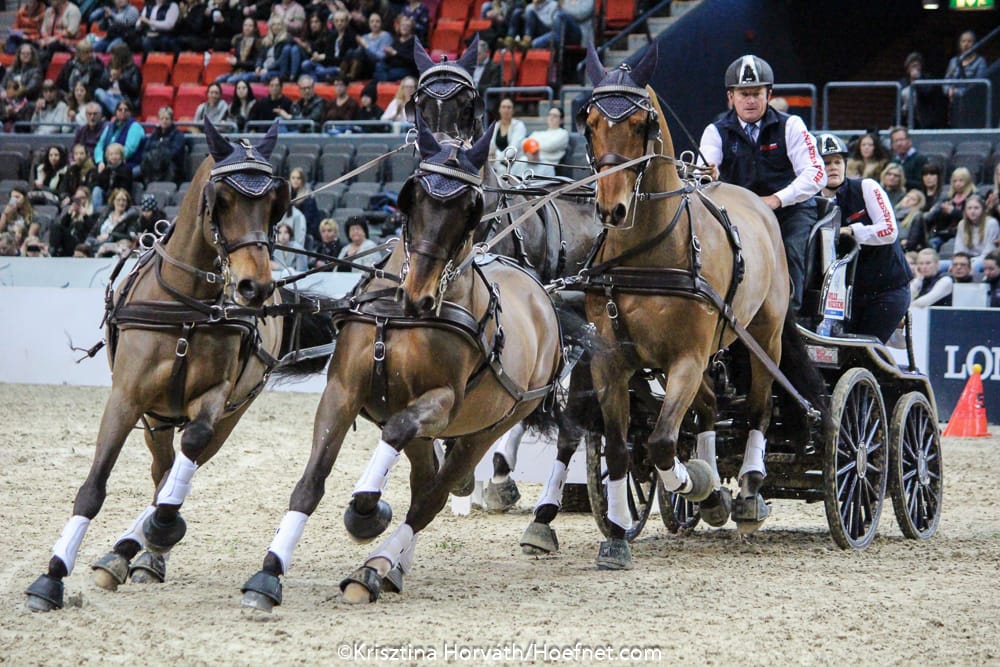