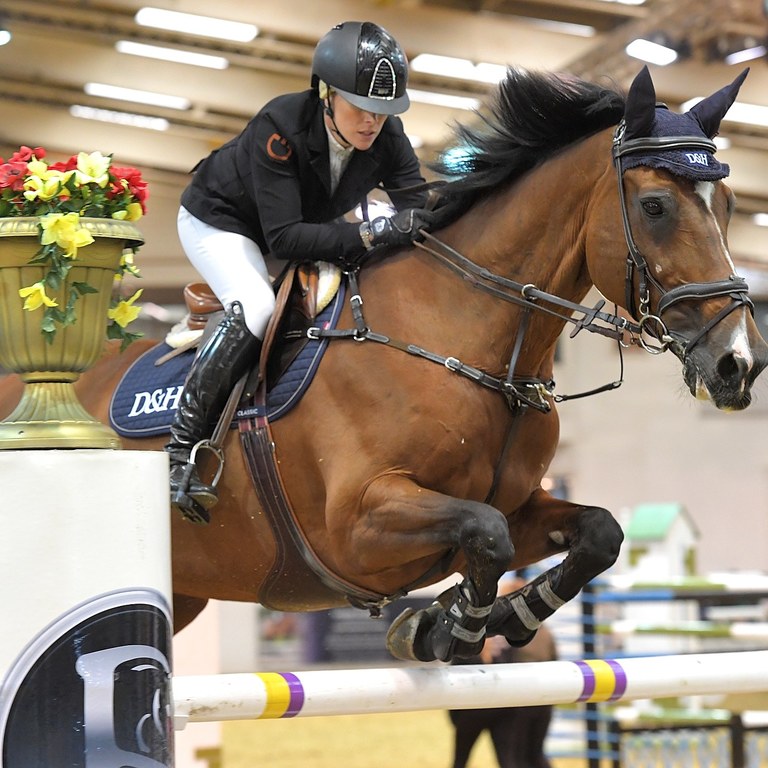 Based In: West Sussex

Yazmin is a bright young talent in British showjumping.  In 2012, aged just 19, she was chosen to represent her country in the FEI 5* Nations Cup competition at the President of UAE Showjumping Cup event at the Al Ain Equestrian Club in Abu Dhabi. Later the same year she made her debut on the Longines Global Champions Tour.

Yazmin has been involved with horses all her life. She competed successfully with 128cm ponies and then, aged 12, she moved on to 138cm ponies where she achieved her first major result - winning a gold medal for England as part of the International Pony Team on Gemstone Jet.  In 2007 Yazmin was selected for the Children on Horses European Championships on her first horse, Zodiac Z, where she won team gold as well as individual silver. The following year she represented Great Britain again and was part of the silver medal winning team.

The next few years proved equally fruitful, with Yazmin competing regularly at many major UK shows and qualifying for HOYS with her successful team of 148cm ponies.  In 2011 Yazmin was part of the silver medal winning Junior Nations Cup team in Hagen, Germany, jumping a double clear. She was also placed third in the Grand Prix with her then exciting prospect Van de Vivaldi. Later that year she was selected for the Junior European Championships in Comporta, Portugal.

As a senior rider, Yazmin has spent time training with Michael Whitaker and Simon Delestre, and moved to Belgium at the age of 18 to train with Ludo Philippaerts. In 2013 she became the youngest rider ever to be selected for a Senior Nations Cup team.

In 2014, Yazmin was placed ninth in the 5* Global Tour Grand Prix in Monaco, and in 2015 she won the CSI4* Redrow Homes Grand Prix at Bolesworth International. In 2016 Yazmin won the CS105* The Royal International Accumulator at Hickstead.

Yazmin’s most notable achievements in 2017 include being placed third in both the CS14* Bolesworth at Harthill and the CS14* The Tom Hudson Derby Trophy at Hickstead. She also came second in the CS14* Prix Conseil Départemental at Bourg en Bresse. Yazmin’s goal is to be selected for the 2020 Olympics.

Yazmin had a quieter 2018, as she took some time to be with her family after having her son in January 2017. Yazmin had a very successful trip to Hickstead in September where she placed second in the Grand Prix and won the 1.40m with Vinny. Looking ahead to 2019, Yazmin hopes to get back out competing on the International circuit and is looking forward to jumping some big tracks abroad. 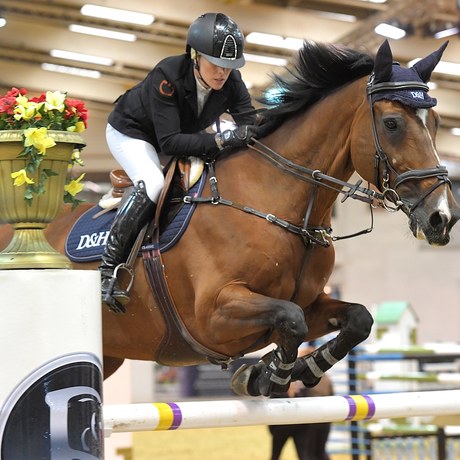 My favourite Dodson & Horrell feed is the Staypower Cubes, which I mainly use for the younger horses because it provides slow release energy and keeps them calm and focused for competition. They all look incredible on the feed!