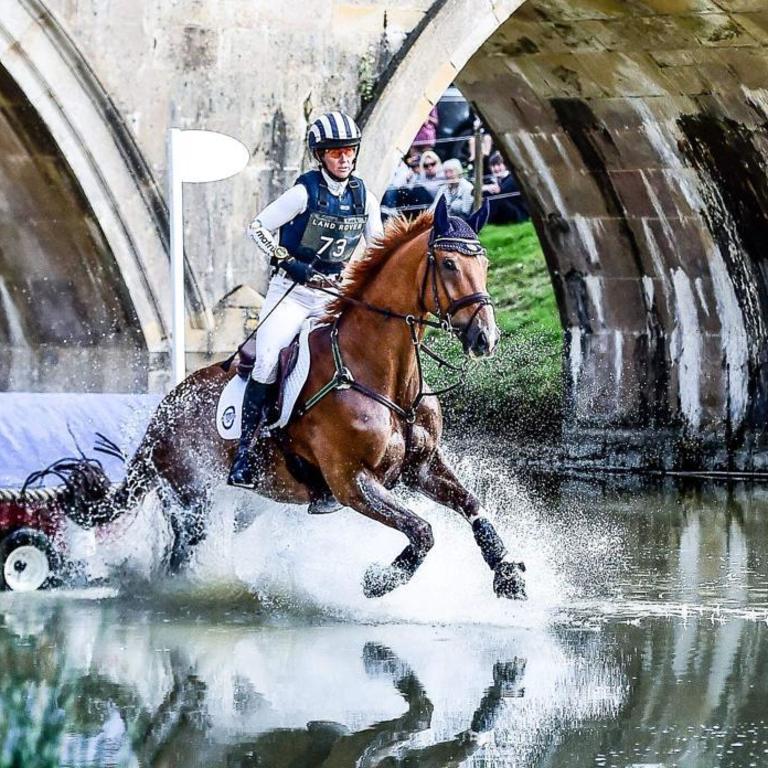 New Zealand born and now Suffolk based, Caroline Powell has represented New Zealand in two Olympic Games, winning team bronze at London 2012, and two World Games, picking up a team bronze in Kentucky 2010.  With 30 CCI-5* completions under her belt, Caroline shows no sign of stopping yet, as she brings a wealth of experience to her team.

Probably best known for her long term association with crowd favourite Lenamore, with whom she won team bronze in London.  The gutsy little grey Lenamore won Burghley CCI5* with Caroline in 2010 and they certainly had a unique partnership.  Quirky, tricky and with a mind of his own, Lenamore, made two appearances for Team New Zealand at Olympic level as well as enjoying much success at seven Badminton's and five Burghley's.  Testament to Caroline's long term care, Lenamore was still out at 20 years old enjoying himself in the 2013 Hickstead Eventers Derby looking as feisty as ever.

Arriving from New Zealand Caroline started at a point to point yard, she then moved to Ian Stark's yard in Scotland as a groom where she went to the Atlanta Olympics with Ian’s horse Stanwick Ghost. She set up her own yard in Kelso where she was based until the end of 2012.

Now based in Suffolk with the striking grey, Up Up and Away and fellow 5* ride On The Brash, as the stars of her string, Caroline has a formidable string behind her as her young horses are moving swiftly up the levels.

2019 brings an exciting move to a new yard, near Newmarket, for Caroline and her team with plans to develop it into world class facilities for training and producing both horses and riders.  Up Up and Away and On The Brash will continue their 5* campaigns, with the younger horses working their way up the levels. 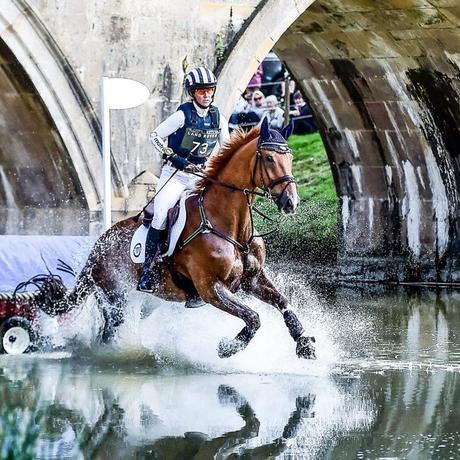 “I guess I am an old fashioned feeder and like things to be nice and simple, which is why I’ve fed Dodson & Horrell for a number of years.
I feed what I feel. What I mean by that if a new horse comes into the yard, I ride them as soon as they arrive to assess their temperament, fitness and to get a good feel of their overall condition. My next step is to have a chat with the owner and see what feed has previously been fed and see if any of the characteristics are feed related.
My basic rule is to start them off on a basic feed of D&H Pasture Cubes, D&H Fibre Fusion and Kwikbeet until I have a good understanding of the way the horse works, then and only then will I add a higher concentrate of feed into its system if needed.
My older horses or horses that have been with me for a longer amount of time are either on D&H Build Up Conditioning Cubes or D&H Competition Cubes.”