Bubby, christened Isabelle, is based in Newmarket with her parents and two older siblings. Newmarket, being the home of horse racing, is a very convenient location as it has all the world’s leading facilities just minutes away from Bubby’s home.

Bubby has ridden all her life and started off with the Newmarket and Thurlow Pony Club who she represented at the Pony Club Championships six times, first at the age of nine. 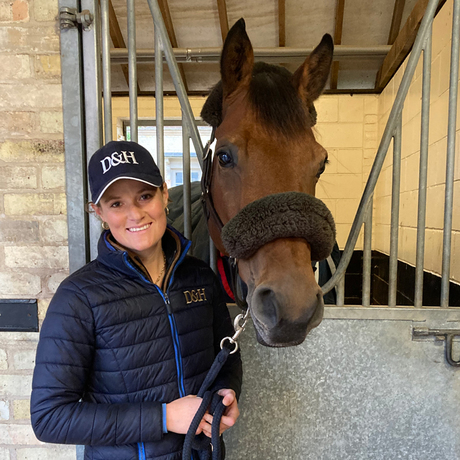 One of my favourite feeds is the Elite Sport Museli which I put Cola III on to this year and it has completely transformed him both in how he looks physically and in how he feels to ride. I love it because it gives horses energy without making them hot. I also love Build and Glow as it makes my horses look a million dollars in both their coats and keeping a good amount of condition on them. Finally Fibre Fusion which I have all my horses on, bar one, as it provides enough energy for the horses but in a high fibre form so they don’t get too sharp.