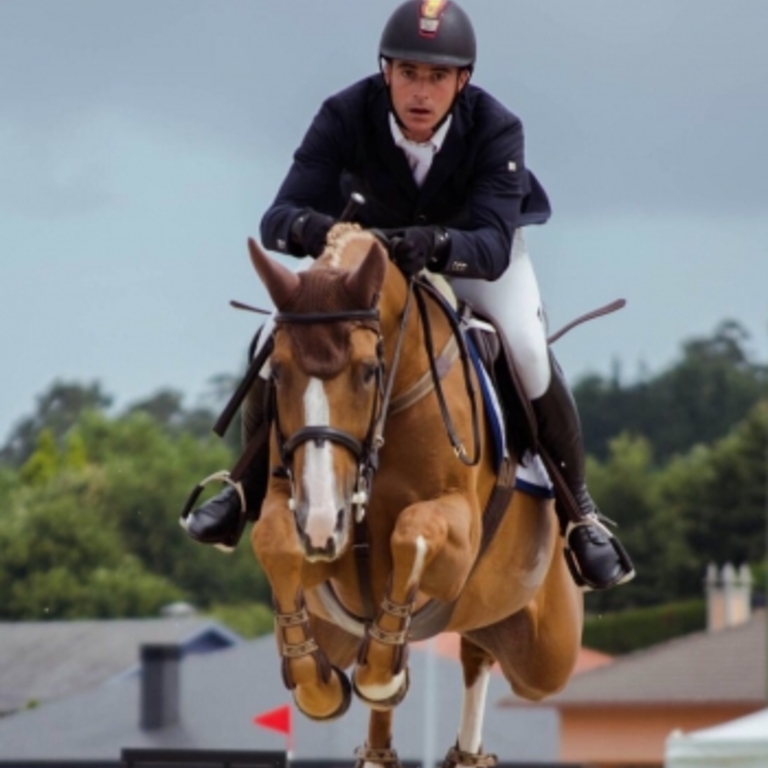 Antonio Marinas-Sotos, partner to Ellen Whitaker, is a Spanish showjumper has joined forces with Ellen in England. Together they now run Marinas Whitaker Equestrian, producing young horses, buying and selling whilst coaching clients in England and abroad.

Antonio was born in Spain and has two sisters Candy and Blanca. He first learnt to ride at his grandfather’s yard in Spain when he was four years old, although none of his family are particularly horsey, it was when Antonio had shown a dedicated interest and passion in horses that his family got on board and supported him. He learnt to ride at a local riding school and his father soon helped him build a yard at their home in Portugal, which Antonio and Ellen now use as their base when competing abroad. Antonio first started competing at the age of eight and he carried on riding and competing whilst completing a Law and Business Administration Degree at the University of ICADE in Madrid, which he graduated from in 2009.

Antonio decided to concentrate on his riding career after University and left Spain to move to Holland to join Dutch equestrian and Olympic medallist, Albert Voorns, consolidating his training and knowledge. It was in Holland and Belgium that Antonio first experienced the professional world of dealing and producing top class horses, he went onto to produce numerous Grand Prix horses which competed successfully.

Antonio has represented his county on five occasions, including the Senior European Championships in 2011, aboard Al Capone, a horse he had produced from a four-year-old. In 2013 he won the Spanish Championship with Cash and Go, another horse he had produced from a three year old.  Antonio has gone onto have a successful career on the International circuit as he produces young horses, he regularly competes on the circuit and his most notable recent results include finishing eighth in the CSI4* Bunn Leisure Derby at Hickstead in June 2017 with Diamondloma.

Ellen and Antonio met in 2013 and they soon moved to the UK, since then they have been building their family life, their first son Harry Marinas-Whitaker was born in 2014, followed by second son Frankie Thomas Marinas-Whitaker in 2016. 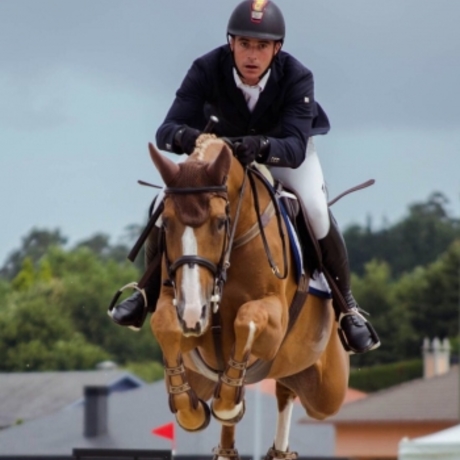 I feed D&H Pasture Mix, Competition Mix, Build Up Conditioning Mix, Staypower Muesli and Microfeed. We also feed D&H Alfalfa, Rolled Oats and D&H Barley.
We feed Dodson & Horrell because we strongly feel you can only ask of a horse what he is able to give you, feeding them accordingly and appropriately can alter that for the better. Dodson & Horrell can offer every different horse exactly what they need and each of our horses requirements are met exactly by Dodson & Horrell feeds.